All debates are worth watching 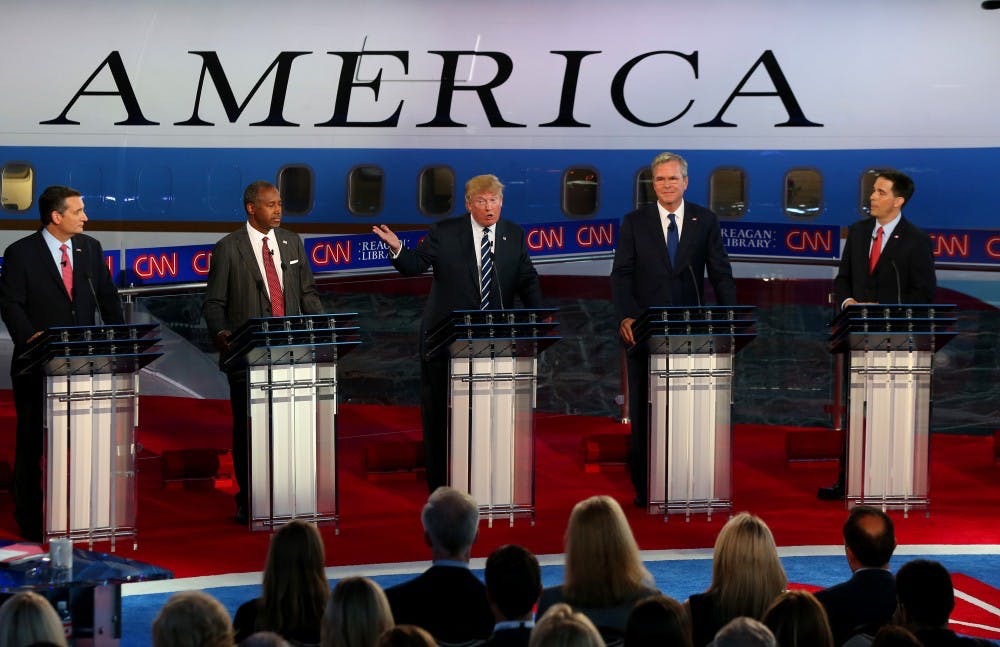 Elon University students gathered to play drinking games. Tweets during the event focused more on the opponents’ jibes and behavior than their talking points. Students laughed and joked. The purpose of the event went largely ignored.

Almost a month later, students gathered again for a similar event. This time, they listened. Tweets praised the opponents’ remarks and intelligence. This event achieved its purpose, though perhaps to the detriment of the first one.

These two events — the Sept. 16 CNN Republican Debate and the Oct. 13 CNN Democratic Primary Debate, respectively — had the same purpose and were even aired by the same station. But responses to them on Elon’s campus were very different. Republican and Democrat events, ideologies and politicians receive polarized treatment here, and it detracts from everyone’s awareness of the political climate as we approach the 2016 presidential elections.

The Democratic and Republican primary debates give viewers the chance to watch serious discussions of the candidates’ views and plans. But when these debates aren’t taken seriously, are ignored or are mocked, they lose their usefulness. For the debates to be effective, they need to be watched with the intent of learning something, and the different parties’ debates need to be watched with equal attention.

As members of an institution of higher education, everyone at Elon University needs to pay equal attention both sides of the conversation. These debates offer relatively rare, unfiltered looks at what the candidates are planning, should they be elected to office. Even if the debates bring up an opinion we disagree with, we can use them as opportunities to better understand and explain our own position on the topic.

You may not agree with Jeb Bush’s energy policy, but you at least need to know what you don’t like about it so you’ll be able to identify an energy policy you do agree with. The same goes for Martin O’Malley’s immigration reform and Hillary Clinton’s New College Compact. Familiarize yourself with these policies and know what you’re talking about before you reject them.

If you don’t hear a perspective, a view or a plan, you won’t know it exists. You won’t be able to decide for yourself if you agree or disagree. So do yourself — and everyone else who’ll be affected by the outcome of this election — a favor, and pay attention.