Health Watch: The benefits and drawbacks of a vegan diet 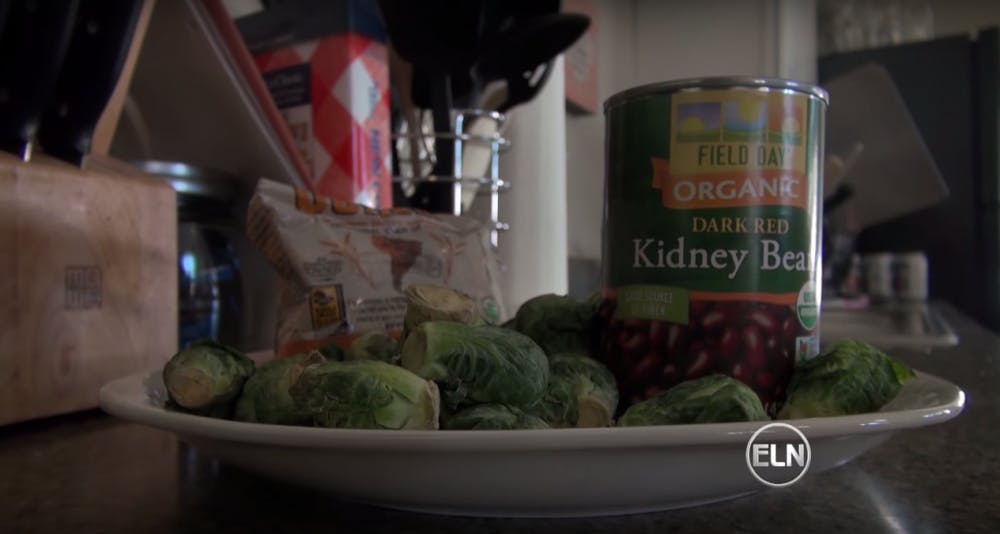 The vegan stereotype is shifting. Once the image of crunchy granola hippies and tree hugging environmentalists, now associations with glamorous and beautiful celebrities like Beyonce and Gwyneth Paltrow. Hollywood has been on the vegan bandwagon for years, and now Americans are too.

Thirteen percent of Americans identify as being either vegetarian (6 percent) or vegan (7 percent), according to a 2013 Public Policy Polling survey. Since 2008, that percentage has dramatically increased. According to a 2008 study published by the Vegetarian Times, more than 3 percent of U.S. adults, or about 7 million people, followed a vegetarian-based diet. Approximately 0.5 percent, or 1 million, of those were vegans.

The huge jump in percentage of vegetarians and vegans between 2008 and 2013 are representative of society's overall trend towards a more plant-based diet. It has become part of mainstream nutrition.

But for one Elon senior, veganism is not just a trend. It is her way of life. She became vegetarian six years ago for ethical reasons and then made the shift to veganism two years later. Hollister said that veggies make up the majority of her diet.

"I eat so much vegetables," Hollister said. "Like so many vegetables. It's almost like, it's not a game, but it's fun to see how much I can pack into a meal."

Just veggies? Hollister said she is asked all of the time how she gets enough protein in her diet.

"There's so many options," she laughed. "Yeah, there's a ton. I eat a lot of rice, beans and lentils. I've just more recently been getting into fancier vegan protein supplements, and I've been taking a pea protein with my morning smoothies."

Heather Colleran, the sports dietitian at Elon, said that vegans and vegetarians can surely get all of the right nutrients through a plant-based diet, as long as they are eating a well balanced diet.

"That would include vitamin fortified breads and cereals for carbohydrates, legumes like beans and lentils for proteins, and plenty of fruits and vegetables," she said.

For Hollister transitioning to a vegan lifestyle took some practice at first.

"Honestly, it took about a year to feel good about the choices I was making."

Now, Hollister said she feels great and is able to get all of the right nutrients.

Several studies show that veganism improves body weight, cholesterol, blood sugar, and blood pressure offering reasons as to why it has become so popular and heavily endorsed by several celebrities and health gurus.

"It is a trend, very much so," Colleran said. "So again, we can now term veganism as more of a fad diet than an actual lifestyle."

But for Hollister, veganism was always far more than just a trendy diet. She even noticed an improvement in her athletic abilities as a runner when she switched to veganism.

"Once I cut dairy out I noticed I felt fresher," she said. "I didn't feel this weird weight when I was running so my PR instantly improved. It was a very like real result."

Hollister said she feels great almost all of the time and is healthy at every doctor's check up. She also said it's important to practice a vegan diet the right way. Colleran agreed.

"If you are thinking about doing veganism or vegetarianism please talk to a registered dietitian," Colleran said. "We are here to make sure that that diet is balanced because you can create nutrient deficiencies very quickly."

Some of those deficiencies include iron and b12, which Hollister said she makes up for by taking vitamin supplements.