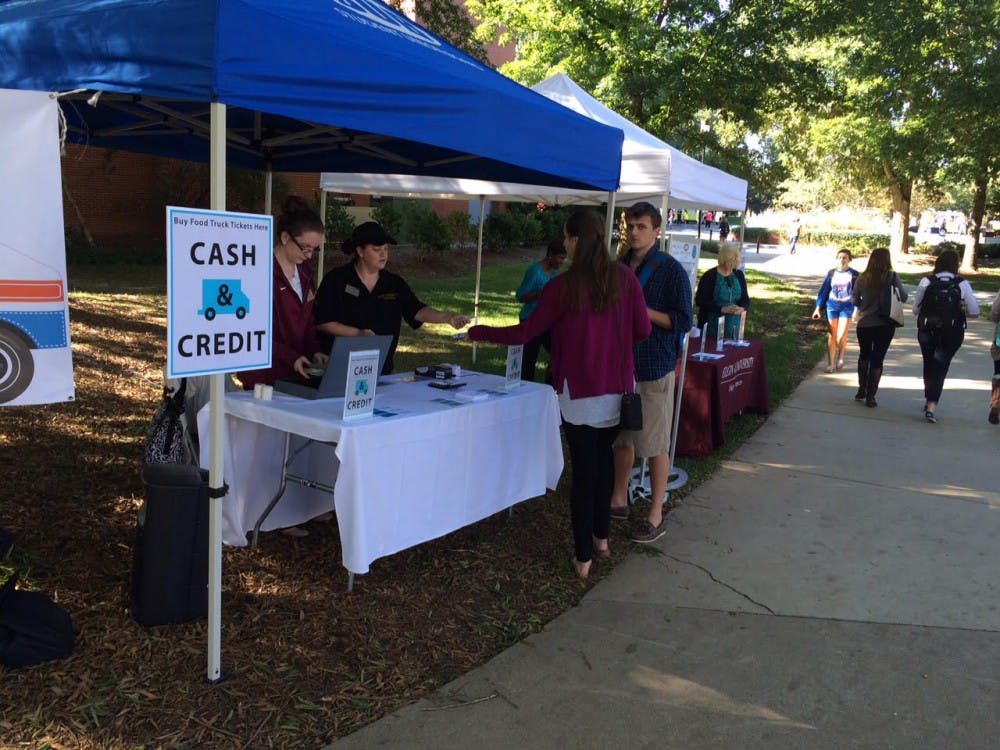 Elon's Student Union Board made adjustments to make ticket lines as quick as possible.

Some of the notable changes included increasing the number of vendors from five to eight and requiring vendors to sell from a limited menu.

"The food trucks are coming for one day and they can't put everything that they have on their regular menu on this menu just because it would be too much for them to accommodate," she said. "It's easier for them to have three items that they're selling instead of 20 because when there's people in line waiting for 30 minutes, they want to be able to turn out that food as fast as possible."

But some were not pleased with this decision.

Senior Kristen DeMaria was particularly disappointed when she found out one of her favorite trucks was not able to serve juicy buns.

"I'm disappointed the university forced the vendors to have a limited menu, which doesn't quite make sense to me," DeMaria said. "Trucks already have limited menus."

Dusty Donuts, however, did not have trouble selling from its limited offerings.

Jake West, nicknamed Dusty, started his donut business after the 2008 recession and said he's enjoyed quick growth thanks to his menu's simplicity.

"We offer chocolate sugar, powdered sugar, pumpkin sugar but our classic has got to be our cinnamon sugar mini donut," West said. "Today, I think the students will smell the donuts and come running."

As West predicted, he drew a huge turnout early in the day.

Sophomore Hailey Hostetter was one of the many customers who fell in love with the classic cinnamon sugar but she said it was the environment that stood out the most.

Having attended last year's food truck event, she was pleased with some of the changes made. Because SUB moved from the library parking lot to the Koury parking lot, there was more room for people to walk around and enjoy the festivities.

"Last year's Food Truck Frenzy was in the lot next to the library, so it was a lot more squished." Hostetter said. "This year's event feels like there's a lot more open space."