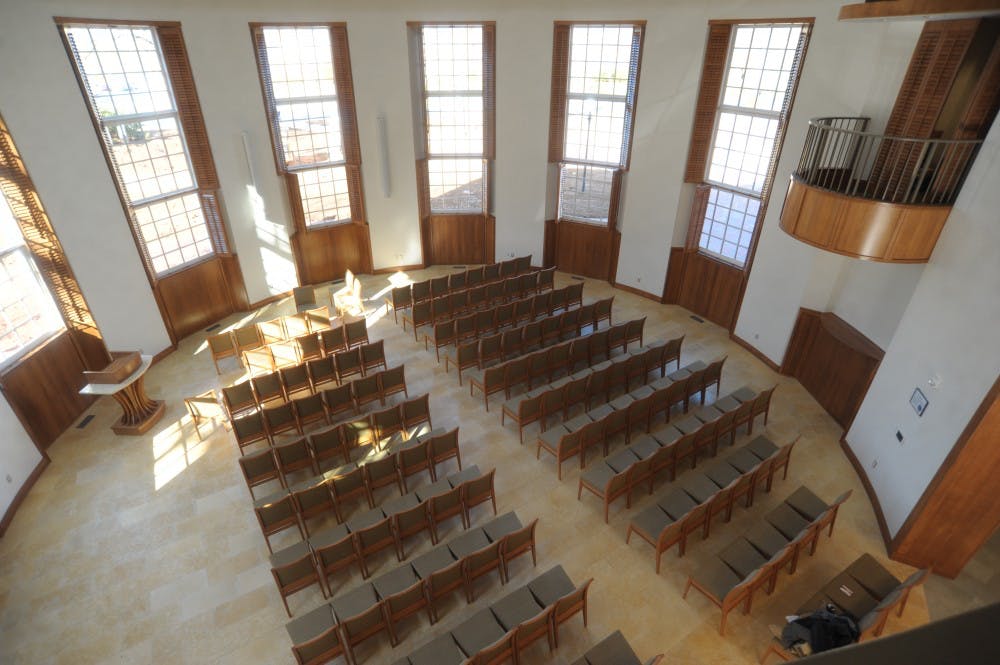 
Elon will take place in a national survey, IDEALS, that will measure interfaith experiences within the university.

With the aid of a four-year national study that bills itself the first to measure attitudes about religious diversity among undergraduates on college campuses, The Truitt Center for Religious and Spiritual Life is planning to evaluate its effectiveness in reaching students.

The survey, IDEALS, targets incoming freshmen at 120 colleges and universities throughout the country to try and draw conclusions about how students from different backgrounds and religious traditions live and learn together.

"At a very basic level, is anything we’re doing in religious and spiritual life, or in the classroom, is that making any difference?" said University Chaplain Jan Fuller of the survey.

A joint venture between the Chicago-based Interfaith Youth Core, a nonprofit that works toward religious pluralism on college campuses, and education researchers Alyssa Rockenbach of North Carolina State University and Matt Mayhew of New York University, IDEALS aims to follow more than 30,000 students over the next four years.

The multi-million-dollar survey was funded by an anonymous "non-religiously-affiliated organization," according to a press release. The link was emailed to all first-year students on campus, and the deadline for completing the survey is Sept. 14.

With the first set of data available this winter, Fuller said the survey will help the university "measure the vast resources that Elon is really applying to religious diversity, with the hope that we’re teaching respect for all ways of being."

IDEALS will survey participating students three times: once through early next week, once in the spring of participants' sophomore year and once in late spring senior year.

“We’re trying to determine which educational experiences help students grow in their appreciation of others with diverse worldviews,” Rockenbach said in a statement. “In a society with many perspectives and religions, we will need leaders with a pluralistic orientation that gives them an appreciation of not only differences but also values that people have in common.”