Grammarian says, 'Grammar snobs should boldly go to the trash' 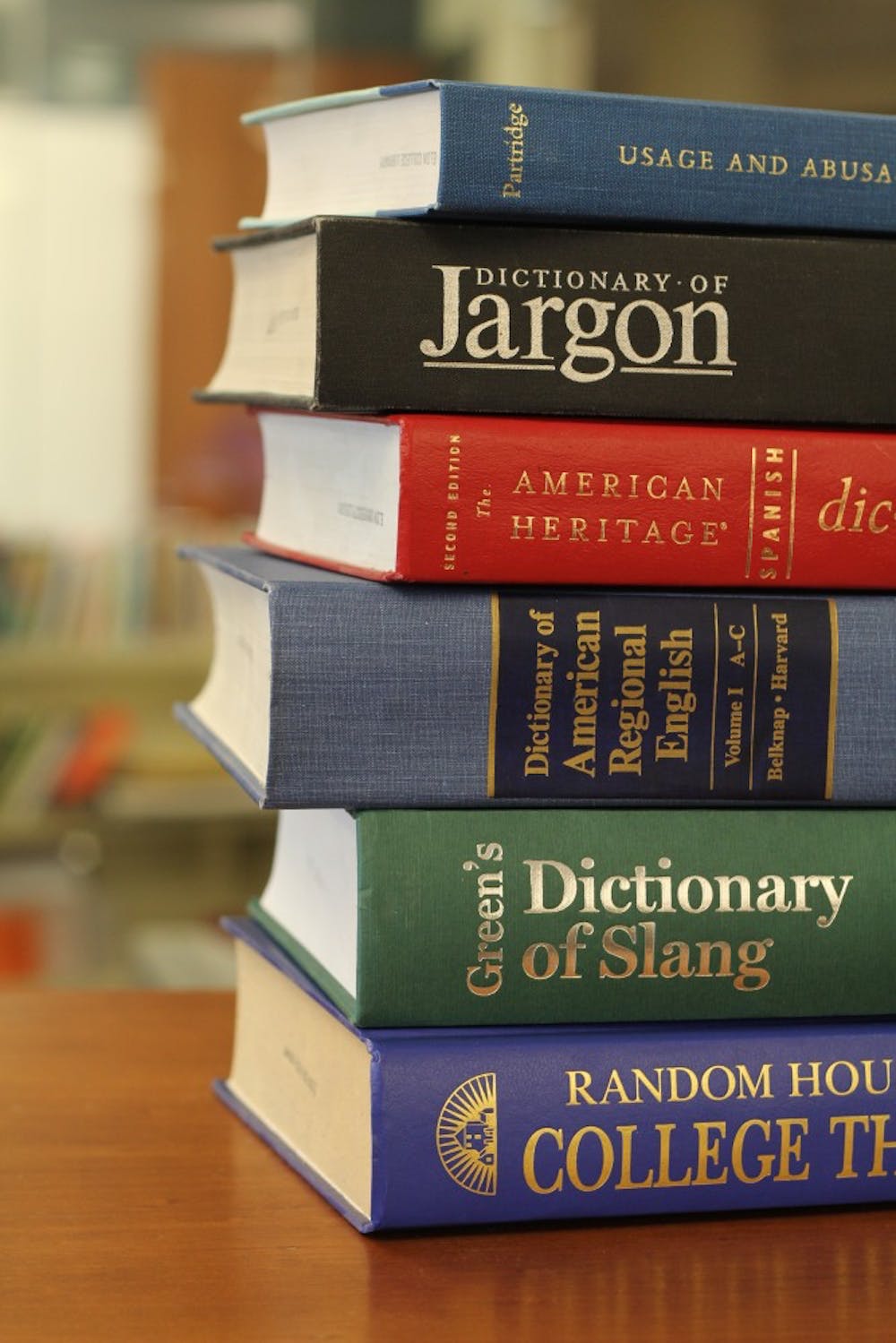 Grammar books and their rules are for essays, not social media. HALI TAUXE | Photo Editor

Ask any group of English majors what their pet peeves are, and you could compile an entire BuzzFeed-esque listicle entitled, “1,000 grammar mistakes you didn’t know you were making but definitely are.”

I’m an English major, too. Do you know what my pet peeve is?

It may seem hypocritical coming from me. I’m a writing major twice over, a Writing Center consultant and, yes, Copy Chief for The Pendulum.

But through the haze of punctuation and style manuals, I see a difference between being paid to check “proper” grammar at the Writing Center or the newspaper and the grammar snob who corrects “your” to “*you’re” with a sassy asterisk in a reply to a tweet.

The difference is context.

You show me someone who wouldn’t unfriend me IRL if I corrected their tweet, and I’ll show you someone with a stick up their butt.

And yes, I just used “their” to refer to a singular noun, and I just used IRL in real life. You know why I’m not having a fit over it?

The idea of “proper” grammar has long been used as a tool to marginalize communities. By participating in grammar snobbery, we perpetuate the idea that people who speak a certain way aren’t speaking “properly” and are less intelligent or less educated.

Let’s get linguistic for a second.

Every language is a dialect. There’s no one “pure” form of English, Italian, Latin or Greek. What many people think of as “proper” or “pure” English — the English you would use for academic essays or emails to potential employers — is just a dialect linguists refer to as “Standard English.” There’s nothing actually “pure” about it. Dialects are neutral — humans are the ones who give them meaning.

Take African-American Vernacular English (AAVE), another dialect of English. AAVE is characterized by linguistic markers such as substituting “dem” for “them” or “chillins” for “children.” But many people often associate AAVE with “improper” English. In fact, so many people do this that speakers of AAVE have trained themselves to code-switch, or to speak a different dialect, when they need people to take them seriously, like in job interviews.

How bizarre is that? AAVE is just a dialect, just like Standard English. So why do we collectively think one is better than the other? Well, while the traditional power-holders of this country are typically brought up speaking and learning Standard English in schools and at home, AAVE is typically spoken by members of groups that are traditionally marginalized in the United States (read as: ethnic minorities, urban dwellers, low income families).

Let’s bring it back.

It’s not just an issue of hurt feelings. The problem is that marginalization leads to discrimination. Once we marginalize a community, we begin to rationalize treating that community differently.

Sound awful? Sound dramatic? Sound familiar? It is. It happens all the time, and it’s a problem. The public ridicule of Rachel Jeantel after she testified at Trayvon Martin’s trial is just one in an unending series of examples.

Being a grammar snob is being a perpetuator of marginalization. It’s also being ignorant of context and of purpose.

Where we live, when we live, the medium we choose and especially who we’re talking to — all these factors influence the way we choose to speak or write.

I don’t text my brother the same way I email my professors. I certainly don’t interact with written text on Facebook the same way I interact with my academic essays, the business memos I consult on at the Writing Center or the articles that make their way across my desk at the newspaper.

Sometimes, I have to be a grammar snob. When I’m in a professional environment, I do my job to help the organizations I love and the people I happily work for run smoothly and look good. But there’s a time and a place for correcting grammar for the purpose of being helpful, and there’s a time and a place for recognizing that there are more important things, such as communication, or checking your privilege and biases.