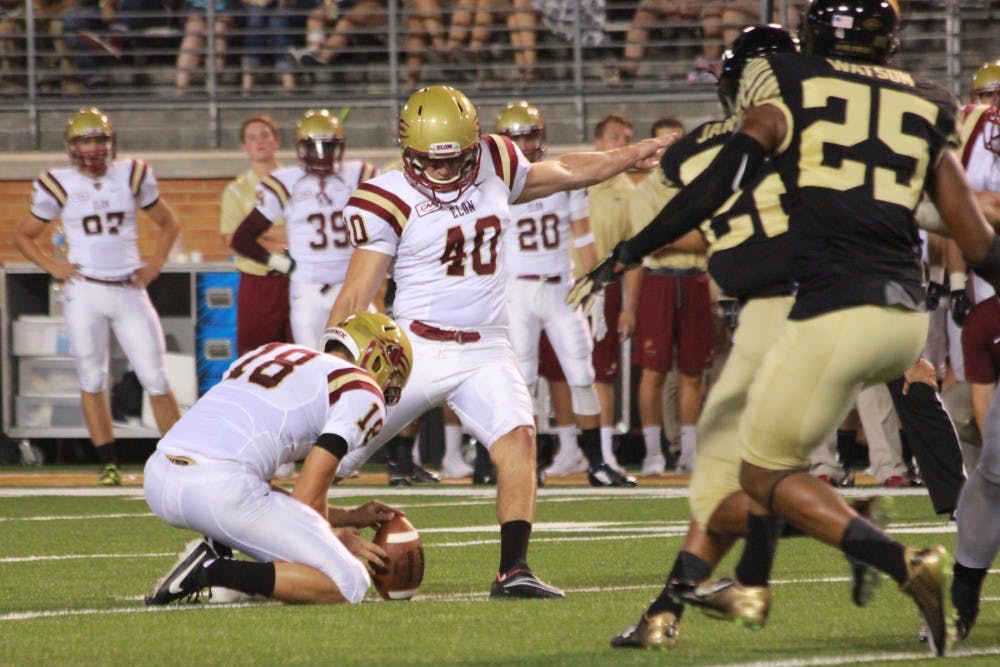 The Elon University football team's offense had struggles staying on the field in the season opener against Wake Forest.

With all 13 drives ending in six plays or fewer, the defense was on the field for over 38 minutes of gametime. The Demon Deacons used the extended time on the field to wear down the Phoenix defense, resulting in the 41-3 defeat for Elon.

For head coach Rich Skrosky, the easiest way to improve the endurance of the defense for Saturday's game against Gardner-Webb University (6 p.m. kickoff) is for the offense to stay on the field.

But that challenge won't get any easier this week, as the Runnin' Bulldogs run an option-style offense.

"Its not a traditional triple option, like Army-West Point and Georgia Southern [University] run with the double slot," Skrosky said. "They are a little bit more conventional in their formations. But all that being said, you still have to play great assignment football. We got to know who is on the [running] back, who is on the quarterback, and who is on the pitch player."

Gardner-Webb is coming off of a 33-23 loss to the University of South Alabama, in which the Runnin' Bulldogs had a lead after an early third quarter interception by sophomore defensive back Angel Guzman.While the game ended in a defeat, Skrosky sees the big picture starting to come together for Gardner-Webb head coach Carroll McCray.

"This is the third year for this coach, McCray, and that is showing in his recruits," Skrosky said. "And since he's an alum of the school, I think you see [the Gardner-Webb student-athletes] playing with a passion and pride."

Elon and Gardner-Webb have met 29 times total since the Runnin' Bulldogs started their football program in 1970, with Elon leading the series 20-9. This included every year from 1976-1996, as the two faced off as conference rivals in Division II's South Atlantic Conference.

This game will be the first game since the 2002 matchup, although another matchup is scheduled for 2016 at Rhodes Stadium.

For the Runnin' Bulldogs, the defense is anchored by the preseason FCS National Player of the Year candidate Mau. The native of American Samoa is listed at 6 feet 2 inches, 319 pounds, and has received many accolades in his time at Gardner-Webb, including being an FCS All-American twice.

"They're a very experienced group on defense," Skrosky said. "In fact, they are similar to us, as they're much more experienced on defense than they are on offense."

Mau, who is not even 21 yet even as a four-year starter – his first career start came as a 17-year old against the University of Pittsburgh – has 20.5 career tackles for loss and ran a 5.1 40-yard dash in a practice in March. He is a force, and Elon will have to double-team him throughout the night.