University buys 19.5 acres on the western side of campus. 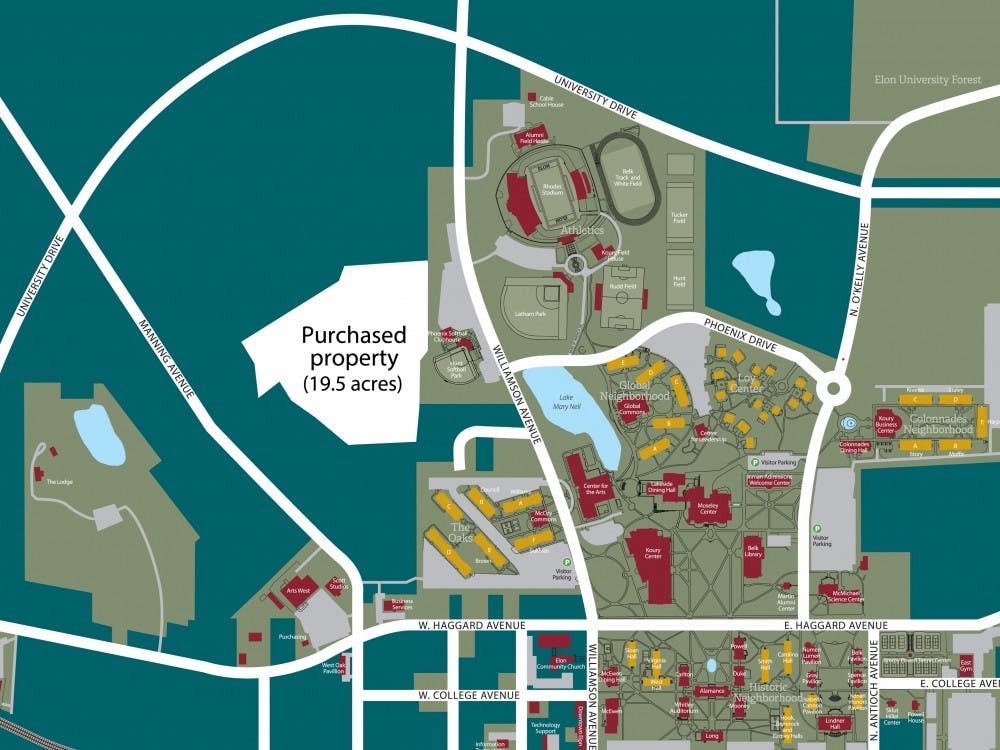 
Elon bought this property just west of campus as the preferred site of its proposed convocation center. Photo from University Communications.

Elon University announced Tuesday it has purchased 19.5 acres of land just west of campus as the preferred site of the proposed convocation center.

The land is west of Hunt Softball Park and the adjacent parking lot on North Williamson Avenue.

According to a release, the purchase is being funded by a gift from Furman Moseley ‘56 and his wife Susan, for whom the Moseley Center is named after. The purchase price was not disclosed.

"Furman and Susan Moseley have made this major land acquisition possible," President Leo Lambert said in the release. "Once again, the Moseleys have stepped forward with a generous gift to advance our university. We are deeply grateful for their partnership and their desire to provide an even greater campus for future generations of Elon students."

Architects have begun designing the convocation center based on similar existing arenas at other universities, the release said. It will be named Schar Center, for donors Dwight and Martha Schar P’16 who donated $8 million toward the building.

The facility will be used for major campus events and home basketball and volleyball games, according to the release.