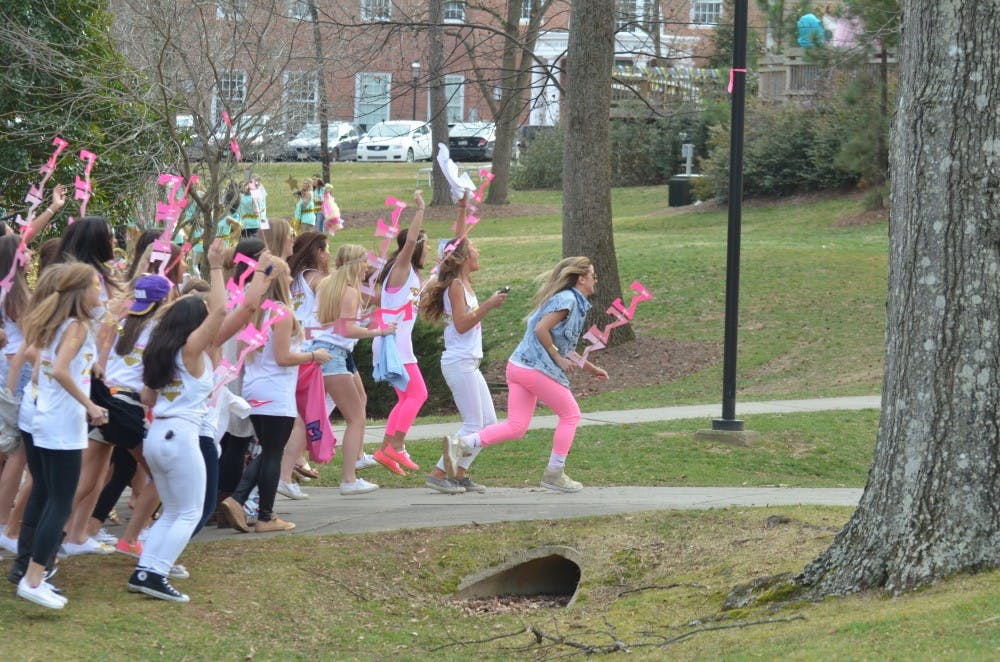 Fraternities and sororities tend to get a bad rap in the media. Most recently, controversial recruitment videos, racist chants and hazing incidents have captured national attention. Traditionally, fraternities and sororities are associated with excessive drinking, drug use, sexual promiscuity and generally bad behavior — see “Animal House” or “Neighbors.” Movies and TV shows like these often neglect to include the good parts of being a member of a Greek organization: a commitment to philanthropy, opportunities for leadership and a supportive community, to name a few.

Dan Faill’s arrival as a replacement for Shana Plasters in the role of Director last June was the first major change to come to Greek life at Elon. The second was the shift in name from Office of Greek Life to Office of Fraternity and Sorority Life. These changes seem minor, but they are the first of potentially many changes intended to adjust the perception of Greek organizations at Elon. The changes already made and those to come offer Elon students, affiliated or not, a rare opportunity to change the way a large part of campus — 39.8 percent of undergraduate students were involved in fraternities and sororities as of spring 2015 — relates to the rest.

Fraternities and sororities have the potential to be as damaging to a college campus as they can be empowering, and strict rules and measures put into place against these organizations reflect that. The relationship between Greek organizations and administrators, students, faculty and staff needs to change, which is one of Faill’s goals. In the few months he has been at Elon, he has worked with offices across campus to improve relationships between Greek organizations and the rest of the university.

“I want to be the best advocate I can,” Faill said in an email.

What he means by that is yet to be seen. In his email to The Pendulum, Faill was vague on details regarding the potential changes in store for fraternities and sororities. He emphasized values, though, and said one of his purposes is to make fraternities and sororities at Elon “value-based organizations.” How this purpose will manifest itself is still unclear, but it’s certain that Greek life at Elon is changing. Change is, by definition, an adjustment. Everyone at Elon, regardless of his or her membership in a fraternity or sorority, will soon have to be open to it, even — especially — if it is difficult or changes the status quo.

Last year, two IFC fraternities — the Epsilon-Theta chapter of Sigma Pi and the Epsilon-Alpha chapter of Pi Kappa Phi — were investigated and suspended until 2017 for hazing. The fraternities’ suspensions perpetuated stigma regarding the damaging effects of Greek organizations on Elon’s campus. But they also took attention away from the positive accomplishments of these organizations, one being the more than $200,000 Elon’s Panhellenic Council, Interfraternity Council and National Pan-Hellenic Council organizations donated to charity during the 2014-2015 academic year.

The changes already put into effect and those in progress may benefit fraternities and sororities in the short-term, and hopefully their positive effects will also provide long-term benefits for the larger Elon community. But change can’t happen without the help of the whole community. Elon must be open to the Office of Fraternity and Sorority Life’s efforts. This is an opportunity we won’t get again — it’s up to us to take advantage of it.