A "hopping" good time at the Company Shops Market 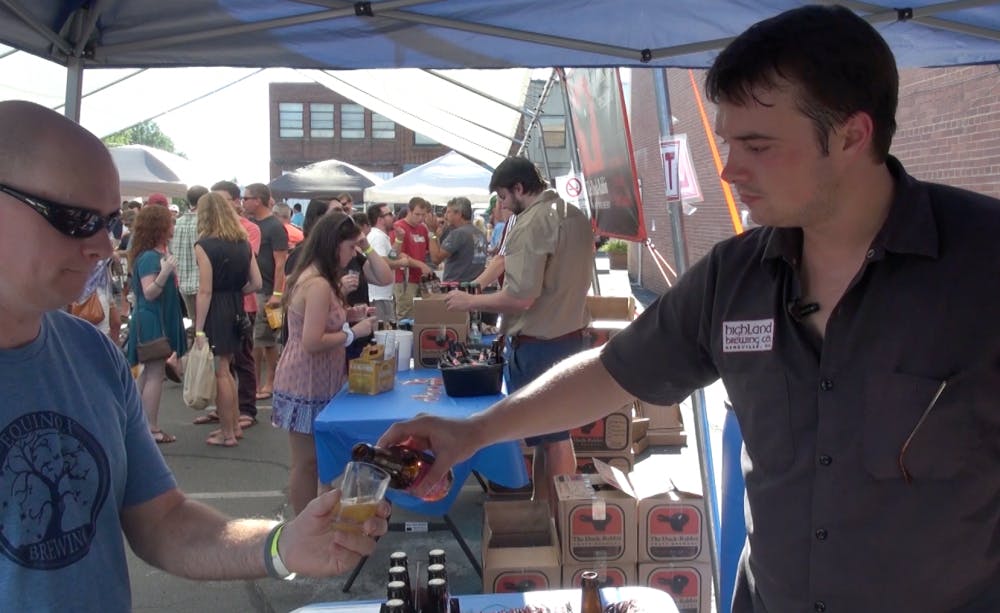 It was a play on words: the Co-Op hosted the Co-Hops and more than 300 people showed up for the event, the fourth annual Beer Festival on Saturday in downtown Burlington.

"It's a lot of work, but when it actually happens, it's worth it," Megan Sharpe, the customers service manager, said.

"Just seeing the people, just seeing how they get super excited and coming out and supporting local, most importantly. That's my favorite part," she said.

The event process is simple. Once a ticket is purchased, each customer gets an empty six-pack and a taster glass to try the different beers. Once the customers decide which beers they like, they can fill the six-pack with their favorite brands and flavors to take home.

One Elon student, Grace Fansler, who recently turned 21 enjoyed walking around with friends and sampling the different beers.

"I'm most looking forward to picking the best ones, taking the 6-pack home," she said.

But there were other Elon representatives than just those in the crowd.

"I'm fresh out of school and been working for Highland since I've graduated and its great to come back to Elon and see some familiar faces and meet some new people," Phillip Danieley, a recent Elon Alumnus, said.

Besides the Highland brewery, there were 13 other beer vendors there giving the customers a wide variety of tastes. Sharpe said that the customers can look forward to something special for the next event will be their 5th anniversary.