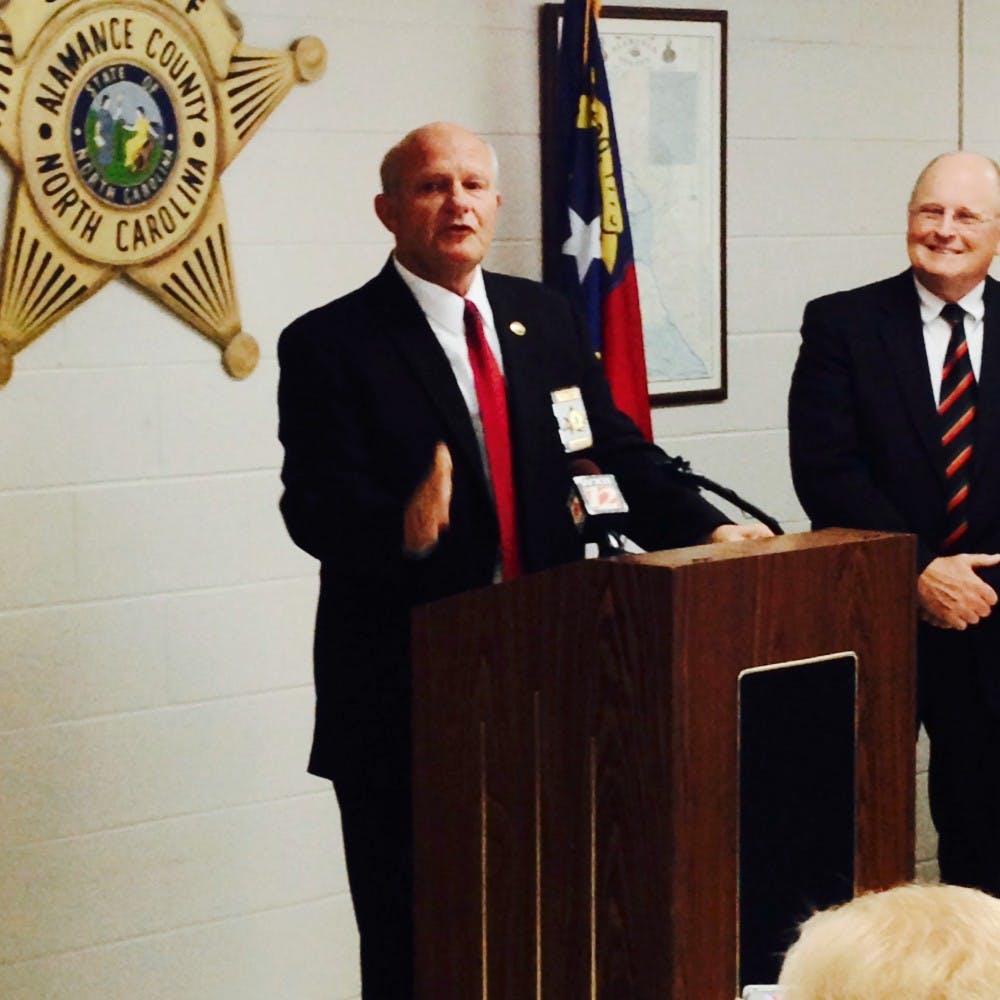 Alamance County Sheriff Terry Johnson spoke today for the first time since a judge dismissed the federal lawsuit that alleged that he and his office discriminated against and profiled Latinos within Alamance County.

The U.S. Department of Justice filed a lawsuit against Johnson in December of 2012 claiming that he and his office had been racially profiling and targeting Latinos since 2007. The DOJ claimed that he and fellow law enforcement officers, roughly 257 were employed within Alamance County, deprived Latinos of their Fourth and Fourteenth Amendment rights, prohibiting unwarranted searches and seizures and defining citizenship based on race, respectively.

In September 2012, the DOJ released a report claiming Latino residents were targeted for traffic stops and arrests, more often than non-Latino residents. According to the U.S. Census Bureau, 11.8 percent of Alamance County is Hispanic or Latino.

"Alamance County to me is the greatest county in this state because of the people who are here," Johnson began.

He gave a brief emotional statement about the process he's endured for the past five years, calling those years the hardest he's faced in all his 65 years.

"I hope no brother sheriff in this nation has to go through what I had to endure," Johnson said.

According to Johnson's attorney for the case, Chuck Kitchen of Durham County, the court found that only one Hispanic person testified to the DOJ.

"Hispanics are stopped [while driving], just like everyone else, when they're violating the law," Kitchen said.

The Alamance County Board of Commissioners Chairman, Dan Ingle, said that when he got the call on Friday from Johnson they both "broke out in tears."

"I have never ever even heard him use one racial slur in my entire life...and it is an honor to call you my friend, Sheriff," Ingle said.

In a former report, Elon Local News found that from January 2009 to July 2012, Alamance County police stopped roughly 1450 Latino drivers. Of the Latinos stopped, 14 percent were arrested. This arrest rate is more than twice that of non-Latinos stopped in the same time frame (6.2%).

Now that the case has been dismissed Johnson said he feels "elated."

The conference concluded with the question: What's next for Johnson?

"I finally will be able to go back to being a sheriff in this county and devote my time to the people of Alamance County," Johnson said.