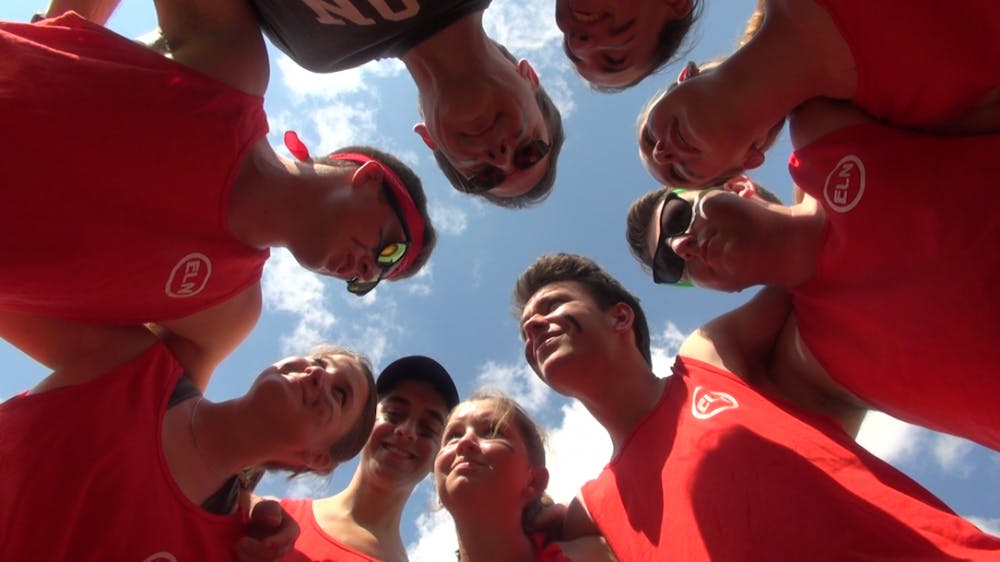 Friday afternoon on South Campus Fields was the annual SportsFest where students and even some faculty competed for the title of 2015 SportsFest champion.

For the third year in a row we here at ELN decided to compete again to show the school that we are capable of more than just journalism.

Elon Local News started off on the relay race, which has given us trouble in past years. This year however, we dominated the first round, but lost in the semi-finals by just a few seconds.

We then headed down to the sponge race which ELN has won the past two years in a row. With the help with our advisor, Dr. Anthony Hatcher, we gave the sponge race our best shot. Unfortunately, this was not our year for a three-peat and we walked away less than victorious.

We rallied and made our way to the third event, the dreaded dodgeball tournament. We ended up winning in the first round and thought we would win the second round until we got in to a heated fight with the referees who declared the opposing team the winners.

We made our way to the sack races where we held a steady lead until two of our teammates butted heads in the last round and weren't able to finish the race.

Determined to win at least one event we went to tug-of-war and sailed through the first two rounds. We weren't able to beat the final team though, but still walked away in second place.

Exhausted and hot we headed to our final event, the trolley. We had a plan but when the whistle blew we weren't able to execute it. We were nearing the finish line when another group finished just before we did.

For the first time in two years, we here at Elon Local News did not place in the top 25 and did not win free t-shirts.

Nonetheless, we still had a great time and can't wait to participate again next year. Though hopefully we'll have a better outcome.