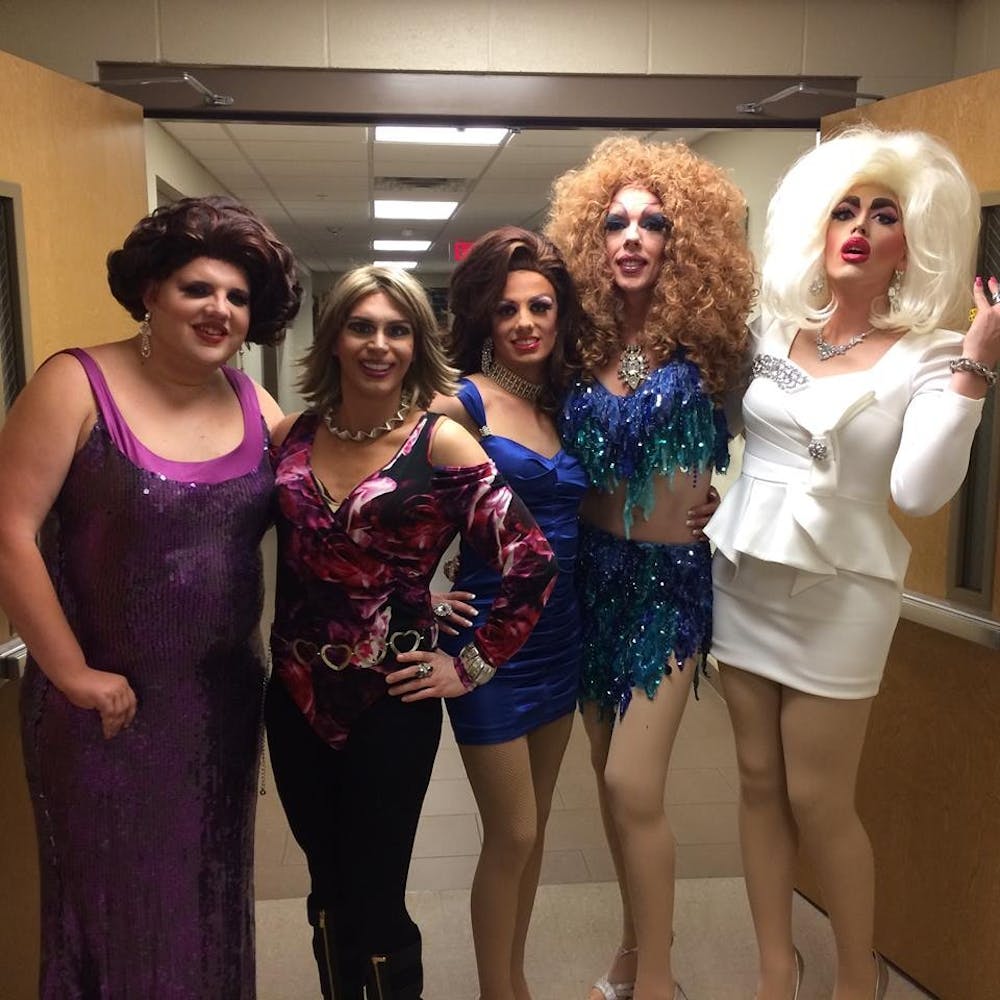 The organization’s most anticipated event, Alamance County’s first annual Pride Festival, will take place Oct. 10 near the old historical train depot in downtown Burlington. The event, for which Elon University is an official sponsor, will feature musical acts, vendors, pride gifts, drag queens, entertainment and ways for people to get connected services and vendors.

Until October, Bosch said there will be plenty of opportunities for LGBTQIA individuals and their allies to meet, greet and showcase pride. Last Friday’s Drag Queen Bingo Night at the Elon Community Church raised more than $1,000 for LGBTQIA resource and support.

“The church was a little nervous at first, but it turned out to be a great time and a lot of people showed up,” said Orwig. “Everyone left with a big smile on their face.”

All the events are tied together with the goal that individuals belonging to and living in Alamance County are aware of LGBTQIA support systems and resources, and that their identities are visible and accepted in the community.

The voices of LGBTQIA-identifying individuals amplified nationwide over the summer.

When the Supreme Court ruled in favor of legalizing same-sex marriage nationwide in June reverberated back to Elon, members of the Elon Community Church thought they were dreaming.

“The mood was celebration,” said senior pastor Rev. Randy Orwig. “We were still kind of pinching ourselves at the progress that was made with that decision. It all just unfolded so quickly.”

Orwig said the church, which has become an active part of Elon’s LGBTQIA community, felt the decision was a step in the right direction for gay rights. Events scheduled by the Elon Community Church, Elon University’s Gender and LGBTQIA Center and the University itself, will continue to increase progress and awareness, at least in Alamance County.

“At Elon, I feel good vibes about gay rights,” Orwig said. “People feel safe to be themselves here. But in the rest of Alamance County, I’m not sure I can say that. We can’t say that until there is more work done to raise awareness there.”

On June 25, 2015, a Facebook page titled “Alamance Pride” was created. Within a couple of hours, it garnered more than 200 likes.

Around mid morning the very next day, an invitation was sent out on the page, calling upon members of Alamance County to meet and celebrate the Supreme Court’s ruling.

The instructions were simple: show up at Mosca’s, an Italian restaurant on E. Front Street, at around 8 p.m. to celebrate. Though the notice was short, more than 40 people attended. Seeing that, members of Alamance County — including Matthew Antonio Bosch, director of Elon’s GLC — knew that Alamance County was ready for an Alamance Pride.

“We thought, ‘If we could get more than 40 people to show up within an hours of notice, just think about what more we could do,’” Bosch said.

Discussions around creating an established support and programming community for LGBTQIA individuals in Alamance County had been in place for years. The summer ruling gave the final push, reaffirming the county’s previous efforts and widening possibilities for further visibility.

After conversations with the City of Burlington, the Police Department, local businesses and residents, members of Alamance County came together to form Alamance Pride. It is the county’s first nonprofit organization serving the LGBTQIA communities by organizing and presenting annual Pride festivals.

To Orwig, the group’s existence is a miracle.

“We thought being gay and being in Alamance County just didn’t go together,” he said. “But it turned out to be the opposite. It’s been really cool to see how this has all come together.”

For Bosch, the creation of the organization will place Burlington and Alamance County on the map in ways people are not expecting. He noted that Pride Parades are prominent in North Carolina. Raleigh has one, Durham has one — and if you keep going, Winston- Salem, Salisbury and Charlotte all have their own.

“And then, there’s Burlington,” he said. “It just sticks out as another large city that does not have a Pride festival, so I think this group will be one that comes out of the folds a lot.”

Bosch is joined by nine other board members including Elon faculty members Laurin Kier, assistant professor of sociology and Lynn Huber, associate professor of religious studies.

For Bosch, Elon University sits at a powerful position in terms of changing a culture, movement and county.

“People view Elon University as the most affirming area in the county, and that’s infectious,” he said. “We create more opportunities for people to ask tough questions and that so powerful in shaping a movement.”

Upcoming opportunities at Elon include Thursday’s LGBTQIA & Ally New Student Welcome, the “Making Sense of Religious Freedom & Marriage Equality” panel Sept. 17 and events for National Coming Out Week, which will begin Oct. 5 and include student discussions and ally training.

These events are especially important for the LGBTQIA community, which still has progress to make even after same-sex marriage legalization, according to Orwig.

“There is one caveat,” he said. “Marriage is legal, but you can still be fired in North Carolina for being gay. And no one can do anything about that.”

The national issues do not stop there, according to Joel Harter, Elon University’s associate chaplain for Protestant Life.

“The ruling was absolutely huge, but there are still inequalities out there,” he said. “Hospital visitation rights, guardianship and rules against employment discrimination are some of the major areas that still need to be worked on.”

In North Carolina, homicides against LGBT citizens have been especially jarring to the community.

Last November, Stephen White, a gay veteran living in Greensboro, died after enduring burns to 52 percent of his body in a hate crime. Nine months later, the body of Elisha Walker, a 20-year-old transgender woman who had been missing for almost a year, was found in a crude grave in Salisbury, North Carolina — just an hour outside Burlington.

Suicide rates are also very high, especially among the transgender community. Blake Brockington, an 18-year-old transgender boy who had become a symbol for trans rights after being crowned Homecoming King at his school in Charlotte, took his life in March.

While headlines on losses in the LGBTQIA community have been published, Bosch said that visibility is key in gaining acceptance and support. Alamance Pride and Elon University’s support in its events and programming is just one of many steps to create an Allymance Community.

“This court decision, for many of us, really reaffirms this notion that we are just as valued as humans as anyone else,” Bosch said. “Now, it has really pushed people to think twice about their thoughts about LGBTQIA people — especially as our visibility and acceptance is out there in the open to a greater