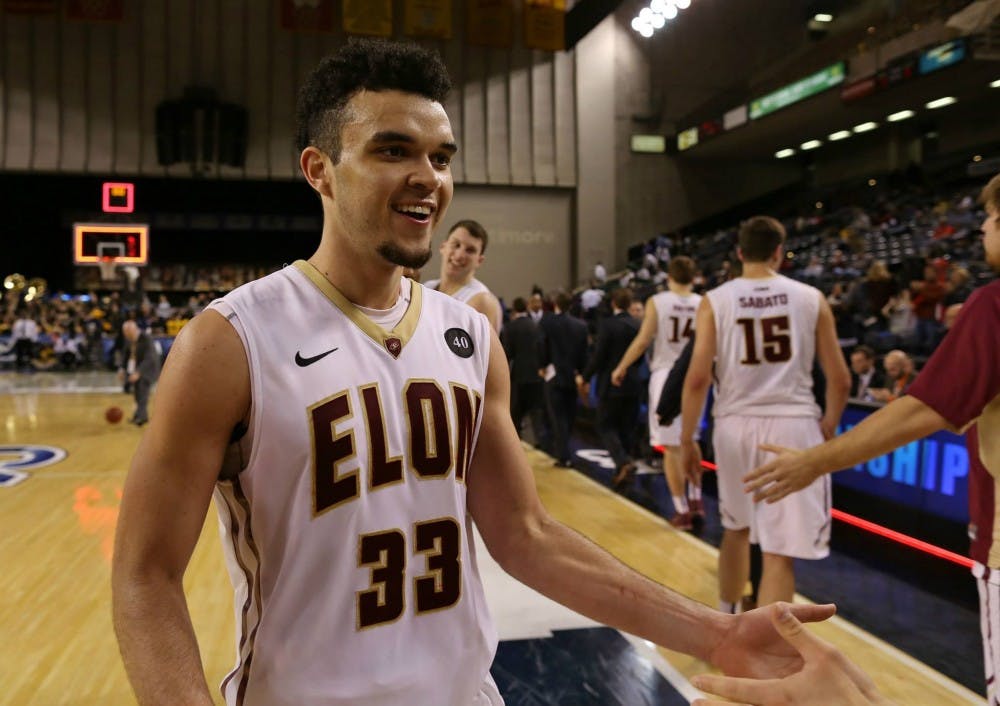 Former Elon basketball standout Elijah Bryant announced that he has committed to Brigham Young University through a post on his Instagram account. The 2015 CAA Rookie of the Year decided to transfer from Elon in late June.

The decision comes after Bryant took visits to Butler, Miami and BYU.

Bryant has not responded to a request for comment, but it is believed that because of his Mormon faith, BYU's affiliation with the Church of Jesus Christ of Latter-day Saints had an impact on his decision.

We got better today! Always a great day to be a Cougar! #byuhoops #futureisbright

Per NCAA transfer rules, Bryant will sit out the 2015-2016 season, and will have three years of eligibility remaining.

Bryant played in all 33 of Elon's games last year, averaging a team-high 14.2 points per game, 2.7 assists per game and 4.2 rebounds per game, stepping into a leadership role with the team after starting point guard Luke Eddy tore his ACL midway through the season.

Correction: A prior version of this story said Bryant was the first player to transfer since Matt Matheny took over Elon in March, 2009. Bryant is the second player, after Brett Ervin transferred to West Virginia Wesleyan in 2012.