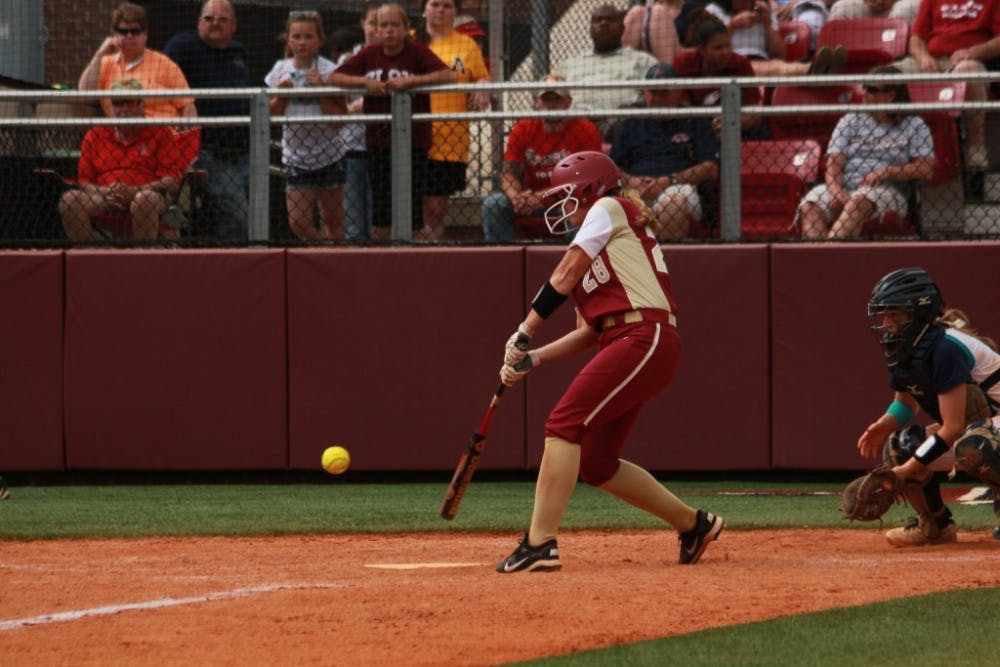 Sophomore Carey Million gave the Elon University softball team a series sweep against the University of North Carolina at Wilmington with a walk-off solo home run in the eighth inning.

With the 4-3 win, the Phoenix clinched a No. 3 seed in the CAA Tournament and avoided playing James Madison University in the first round. Instead, the Phoenix will travel to Williamsburg, Virginia to square off against No. 2 Hofstra University

“I was looking for an inside pitch to turn on and that was the best one,” Million said. “I waited on the changeup and it went out. I wasn’t expecting a changeup but I kind of saw it well and went with it.”

Million’s homer capped off the regular season finale on Senior Day. Although the Phoenix has a strong group of underclassmen, six players competed in their final game at Hunt Softball Park.

According to head coach Kathy Bocock, the senior class has provided strong leadership by welcoming a strong group of young teammates.

“I thank a lot for their guidance and leadership because they came in as seniors and there’s a young group out there that they embraced,” Bocock said. “And by them embracing them and not being jealous, it was huge for them. Everything that they did and the support they did for these young kids is a huge reason why we’ve been successful this year.”

The Phoenix will compete in the CAA Tournament Wednesday at 3 p.m. against Hofstra.