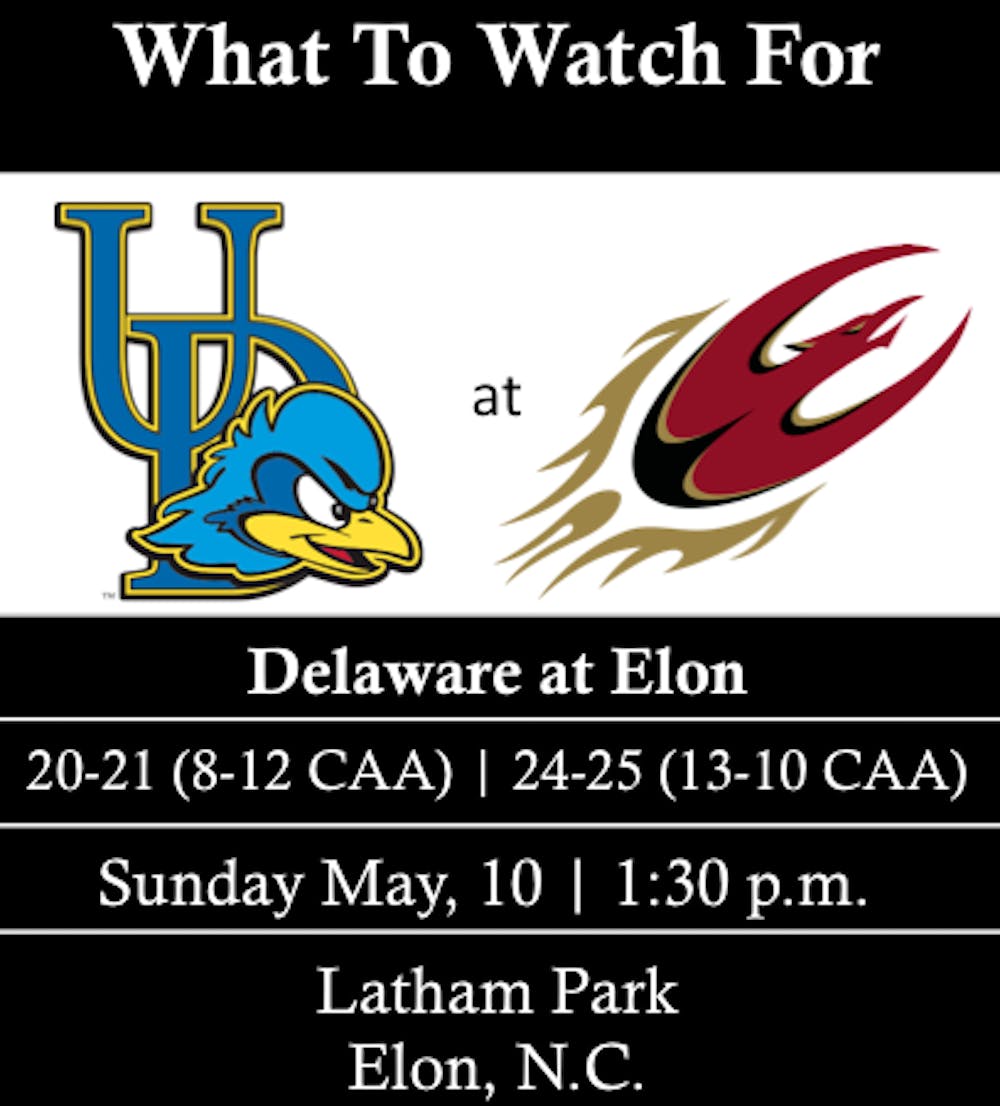 A disappointing sixth inning for senior starter Lucas Bakker led the Elon University baseball team to a 10-4 loss to the University of Delaware.

After recording the first out of the top of the sixth, Bakker allowed a single, two walks and two doubles to give the Blue Hens a 6-3 lead.

Bakker surrendered six earned runs on 10 hits, three walks and two wild pitches across five and third innings of work. But perhaps the most striking stat is his 111 pitches thrown in such a short timeframe.

Despite Bakker's struggles late in the game, Elon appeared in solid position to win halfway through the contest.

The Phoenix generated three runs in the bottom of the fourth to take a 3-2 lead.

Senior right fielder Ryan Copper led off the inning with a solo home run to left. Senior first baseman Chris King and freshman James Venuto then reached base on a pair of walks and scored later in the frame. Although the Phoenix added a run in the seventh, the offense couldn't receive enough support from the pitching staff.

Delaware added to its 6-2 lead with a run in the eighth and three runs in the ninth to notch a 10-4 victory.

The loss drops the Phoenix to 24-25 (13-10 Colonial Athletic Association) and improves the Blue Hens to 20-21 (8-12 CAA). Elon's loss also caused the team to move from third to fourth in the CAA standings. The Phoenix will conclude its conference schedule Sunday at 1:30 p.m. against Delaware and finish its season Tuesday at 6:30 p.m. at East Carolina University.