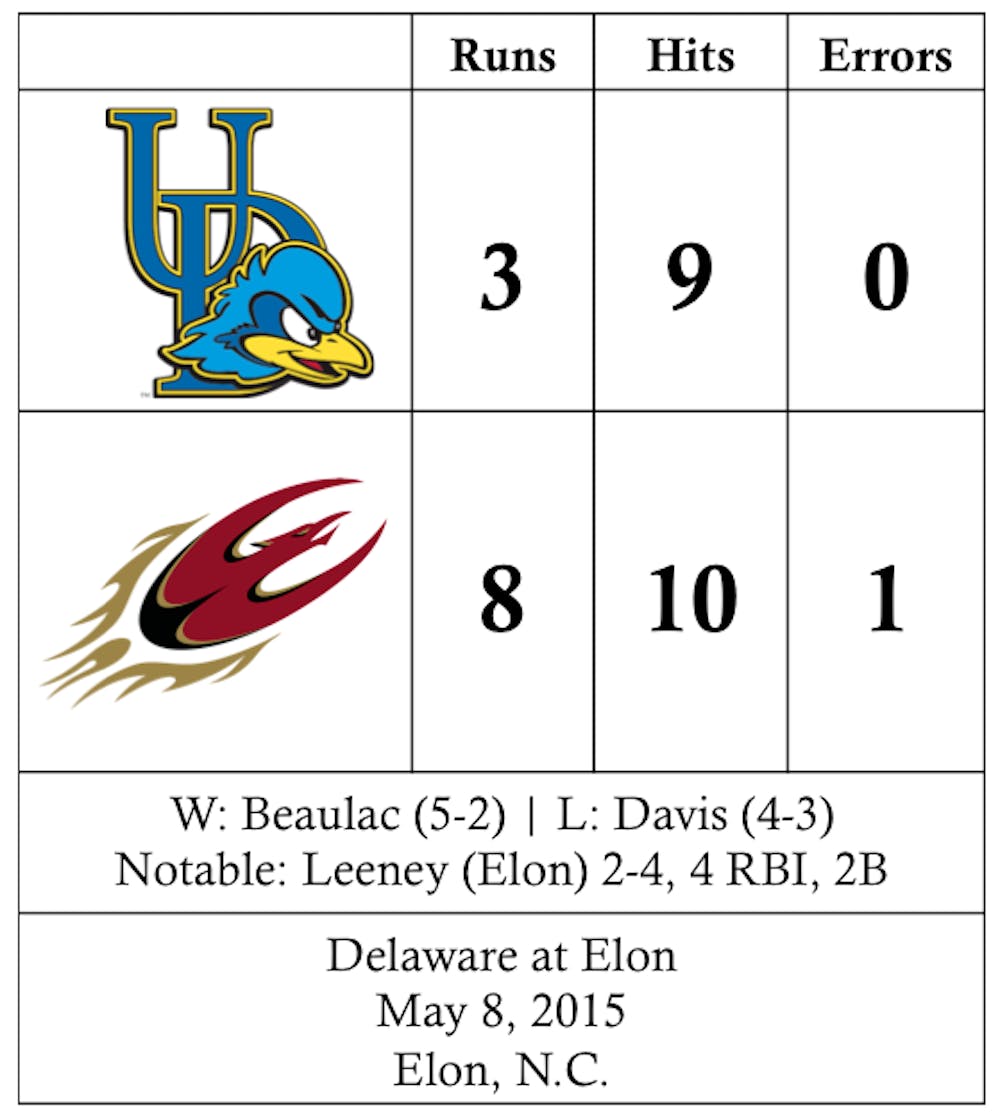 A six-run second inning propelled the Elon University baseball team to an 8-3 win Friday against the University of Delaware.

The Phoenix offense dominated in the second frame with five consecutive hitters reaching base. With one out and the bases loaded, junior catcher Austin Leeney put Elon on the board with a two RBI single to right center.

Sophomore second baseman Kory Shumate tacked on an additional run by singling to center. With Leeney on second and Shumate on first with two outs, senior left fielder Casey Jones hit a three-run homer to center to give the Phoenix an early 6-0 lead.

The Phoenix added a couple additional runs in the bottom of the third to extend the lead to eight after a two RBI double from Leeney.

While Elon performed well in the batter's box, it also excelled on the mound. Sophomore Nick Beaulac pitched seven decent frames, recording the win in just his fourth appearance as a starter.

Beaulac's main trouble occurred in the sixth inning as he allowed three Blue Hens runners to cross home. He surrendered a single, a walk and a pair of doubles to begin the top of the sixth but retired his next three consecutive batters faced.

He finished the night having allowed three runs on eight hits and four walks.

The Phoenix returns to .500 overall (24-24) and improves to 13-9 in Colonial Athletic Association play. The team will look to secure the series win Saturday at 4 p.m. On Sunday, Elon will play on Senior Day at 1:30 p.m. After that, it will conclude its regular season schedule Tuesday at 6:30 p.m.