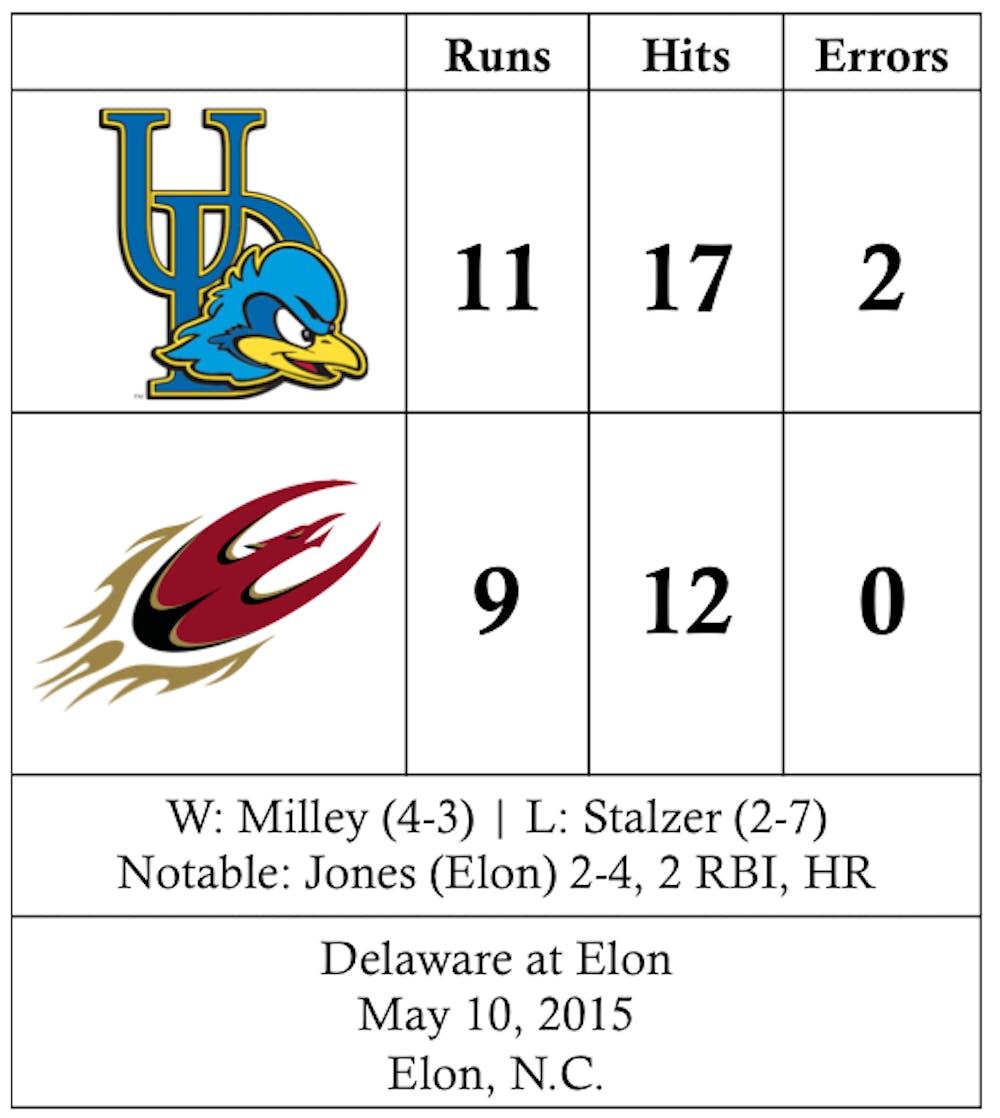 Pitching struggles dealt the Elon University baseball team an 11-9 loss today on Senior Day. A plethora of offense kept Elon in the game, but the Phoenix could not overcome a five-run deficit going into the bottom of the ninth.

From the beginning of the game, it was clear senior starter Jake Stalzer was in for a tough outing. He allowed a single and double to the first two batters of the game and threw a wild pitch and hit by pitch later in the inning. By the end of the frame, the Phoenix trailed 2-0. Stalzer then gave up another pair of runs in the top of the second and one more run in the third.

Head coach Mike Kennedy decided to remove Stalzer from the ballgame midway through the third inning, but the struggles on the mound continued for the Phoenix.

By the end of the game, Elon's pitching staff gave up a whopping 11 runs on 17 hits. While the performances on the mound were underwhelming, the offensive performances were impressive.

Senior left fielder Casey Jones was one of the key hitters and went 2-for-4 with a single, a walk and a two-run homer.

While the Phoenix trailed by five with two outs in the bottom of the ninth, it nearly pulled off a comeback. Senior center fielder Quinn Bower singled to third base to narrow the deficit to four and scored on Jones's two-run homer.

But the comeback fell short when senior right fielder Ryan Cooper flied out to center to end the game.

With the loss, Elon drops to 24-26 (13-11 Colonial Athletic Association) and remains in fourth place in the CAA. At best, the team can secure a No. 3 seed if College of Charleston sweeps Northeastern May 14-16. Though Elon's conference and home seasons came to an end, the Phoenix will conclude its regular season Tuesday at 6:30 p.m. at East Carolina University.