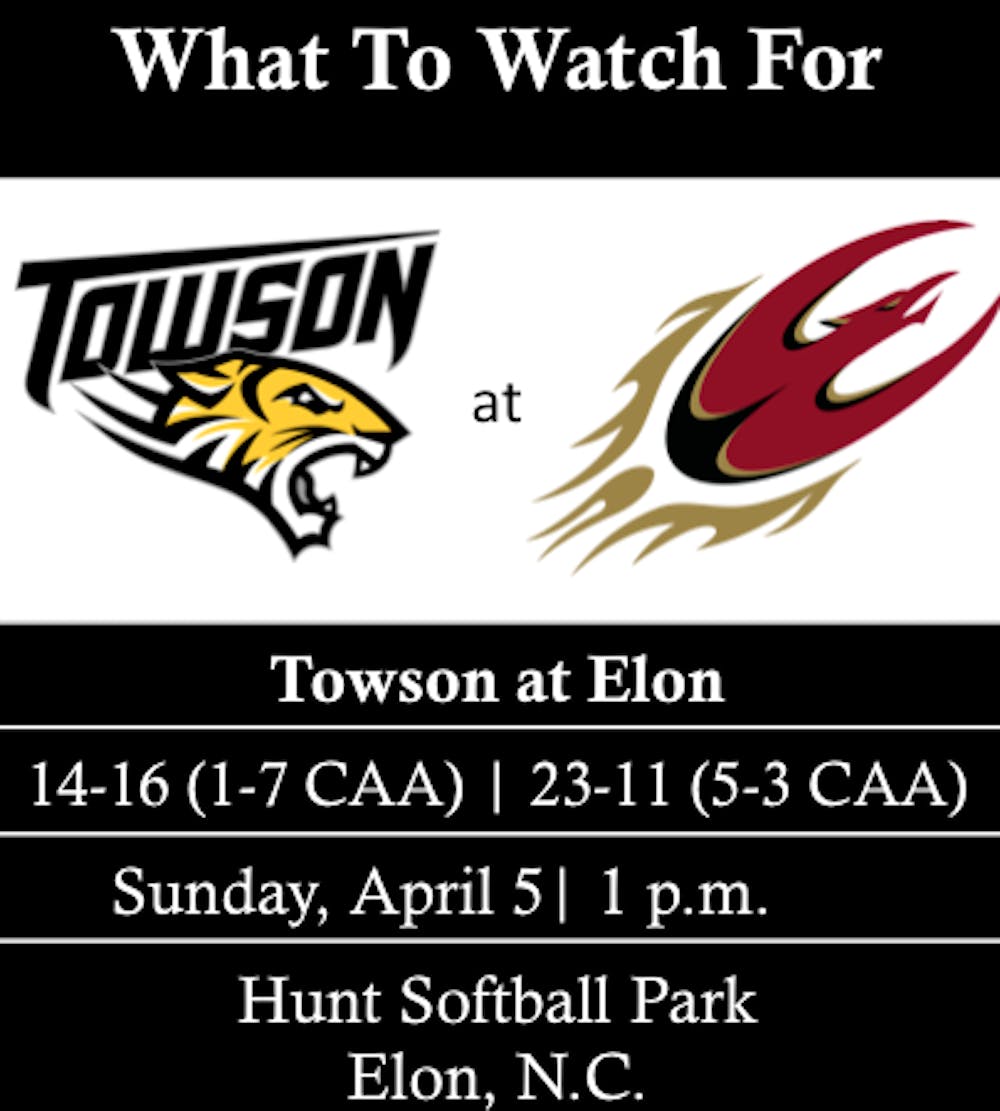 The doubleheader between the Elon University and Towson University softball teams today was a tale of two completely different games.

After struggling in the batter’s box and on the pitcher’s mound in the first game, the Phoenix lost 6-1. But the Phoenix won the second contest 5-3 because of its solid pitching, hitting and defense.

“We just didn’t swing the bats like we know we can,” Elon head coach Kathy Bocock said. “We needed to get [Towson] a little more off balance.”

Elon freshman Kiandra Mitchum squared off against Missy McCormick in the first game. Although Mitchum only allowed four hits across four innings, she gave up a triple and two home runs.

But the team’s struggles in the first game weren’t only on the mound.

McCormick threw a complete game and struck out 10 hitters. She only surrendered four hits and one walk. When the Phoenix had runners in scoring position early in the game, it failed to deliver clutch hits.

After allowing a run off a two-out single in the bottom of the fifth inning, McCormick retired the last seven Phoenix batters.

In the second game, Elon improved on all cylinders.

Junior starting pitcher Kayla Caruso got off to a rocky start in the top of first by surrendering two runs on three hits. From that moment forward though, she retired 16 consecutive batters. Although she left the game after giving up a homer and hit by pitch in the seventh, she put Elon in a position to win the ballgame.

Caruso didn’t succeed by herself; she received defensive support from her teammates.

In the middle of the game, Elon freshman shortstop Hannah Olson made a barehanded catch off of a slow grounder and hurled an on-target throw to first baseman Sarah Little.

Olson also recorded the final out of the game by making a diving catch on a bloop hit to left center.

“As a pitcher, it totally changes the mode of the game,” Caruso said. “It’s just awesome knowing that they’re behind me and that I have their support and they have my support.”

While Caruso and her defensive support system limited the Tigers offense, freshman Kara Shutt provided an offensive spark for the Phoenix.

Shutt’s biggest contribution of the game occurred in the bottom of third inning when she got a 2 RBI double to give Elon a 3-2 lead. The Phoenix tagged on two additional runs in the same inning on a hit batter, error and double.

“I just wanted to stay simple and just try to a base hit to help us win,” Shutt said.

According to Shutt, the key to winning tomorrow’s game against Towson will be putting more balls in play, especially since McCormick will most likely get the start.

Elon is now 23-11 overall and 5-3 in the Colonial Athletic Association. Elon will conclude its three-game series tomorrow at 1 p.m. at Hunt Softball Park.