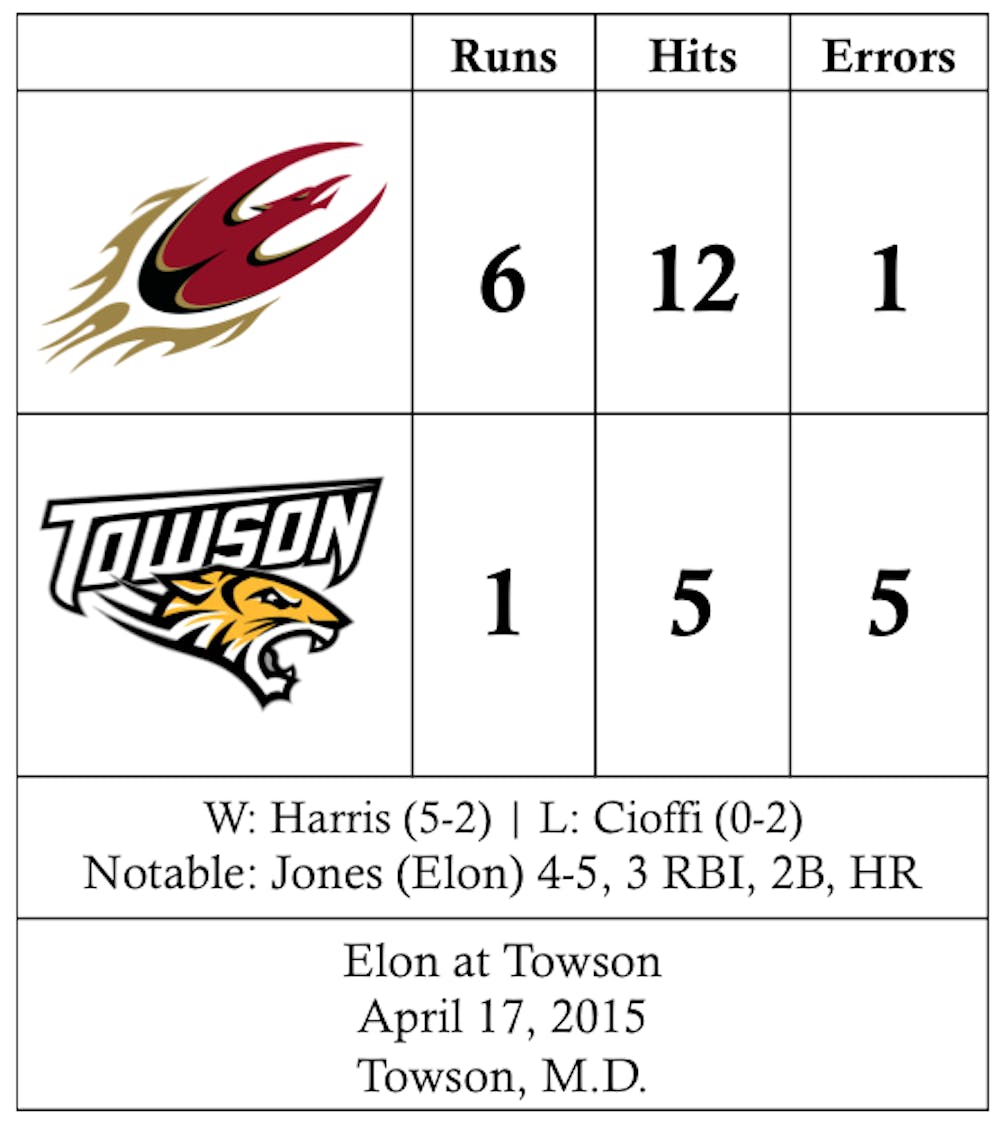 From the moment Jones stepped into the batter's box as the leadoff hitter in the top of the first inning, he came up hacking. After fouling off the first pitch of the ballgame, he homered to left center to give his team a 1-0 lead within the first two pitches of the contest.

But Jones did not stop there.

With runners on first and second in the top of the second inning, he hit an RBI single to right field. After getting a single through the right side of the field in the fourth, Jones roped an RBI double to left field in the eighth.

Although Jones was a major offensive contributor, he wasn't the only Phoenix generating offense.

Senior Ryan Cooper hit a solo home run in the first inning to give Elon a 2-0 lead. Senior Quinn Bower hit an RBI single in the second inning to extend give the Phoenix a 3-1 lead.

Elon's pitching proved just as dominant as its hitting.

Sophomore starter Matt Harris pitched 6.2 innings for the Phoenix while only surrendering one earned run on three hits. In the 2.1 innings of work from the bullpen, Elon allowed two hits and two walks.

With the win, the Phoenix improve their record to 17-18 (8-5 Colonial Athletic Association). The squad will play the second game of the three-game road series at Towson Saturday at 2 p.m.