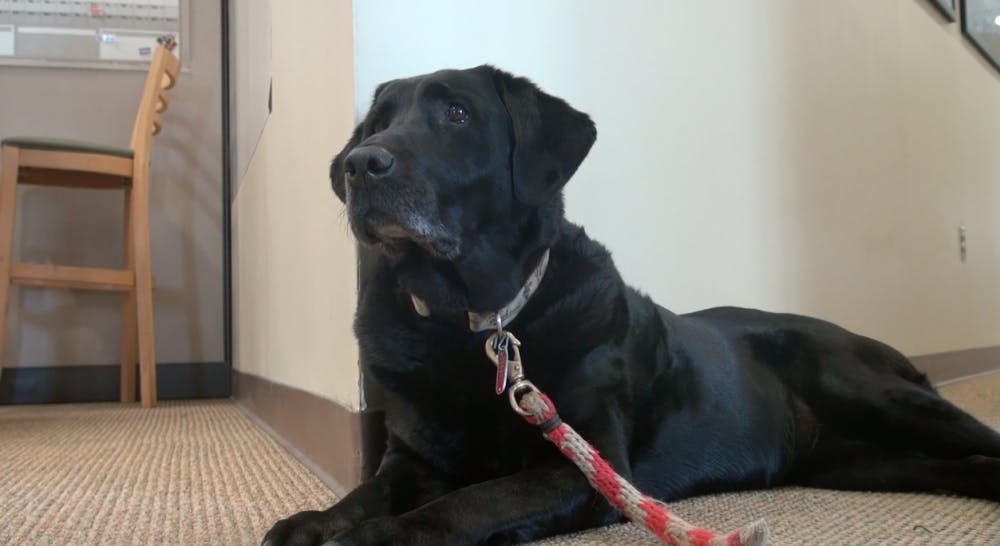 Baseball is considered to be an American pastime filled with tradition. Local Minor League Baseball team, the Greensboro Grasshoppers, celebrates these historic traditions not only with fans, but also with dogs.

"We've got three dogs working now," said Donald Moore, the owner of the Greensboro Grasshoppers. "It's kind of a dog circus."

Moore incorporated labrador retrievers into the game in 2006. The two main bat dogs, as they're called, are Miss Babe Ruth and Master Yogi Berra. According to Moore, the dogs have a long list of responsibilities.

"[They] take balls to an umpire, go get bats, serve as a bat girl and run the bases after the game," Moore said.

Fans at the minor league Greensboro Grasshopper's baseball games come to the stadium for food, fun and for the past decade, dogs.

Moore said it's a bark in the park, for all ages.

"They come out here to have a good time and watch a baseball game," Moore said. "If you can incorporate a personal touch, which I think pets are because they'e so prevalent throughout everyone's homes that it seemed like a logical thing."

But the team's oldest dog, Miss Babe Ruth, is laying down the bats after the 2015 season.

"She'll be 10 in October," Moore said. "When you do that human year to dog year translation, she's sneaking up on 70 years of age in human terms."

"I've been to a lot of baseball games in my life, and I've never seen a 70 year old person out there retrieving bats," he said.

After nearly a decade of work at Grasshoppers games, Moore said Miss Babe Ruth's retirement won't be too "ruff."

"I think she's going to sit around a be a normal dog for the next several years," Moore said. "And hopefully enjoy herself."

Miss Babe Ruth will be replaced by Lou Lou Gehrig after her retirement.