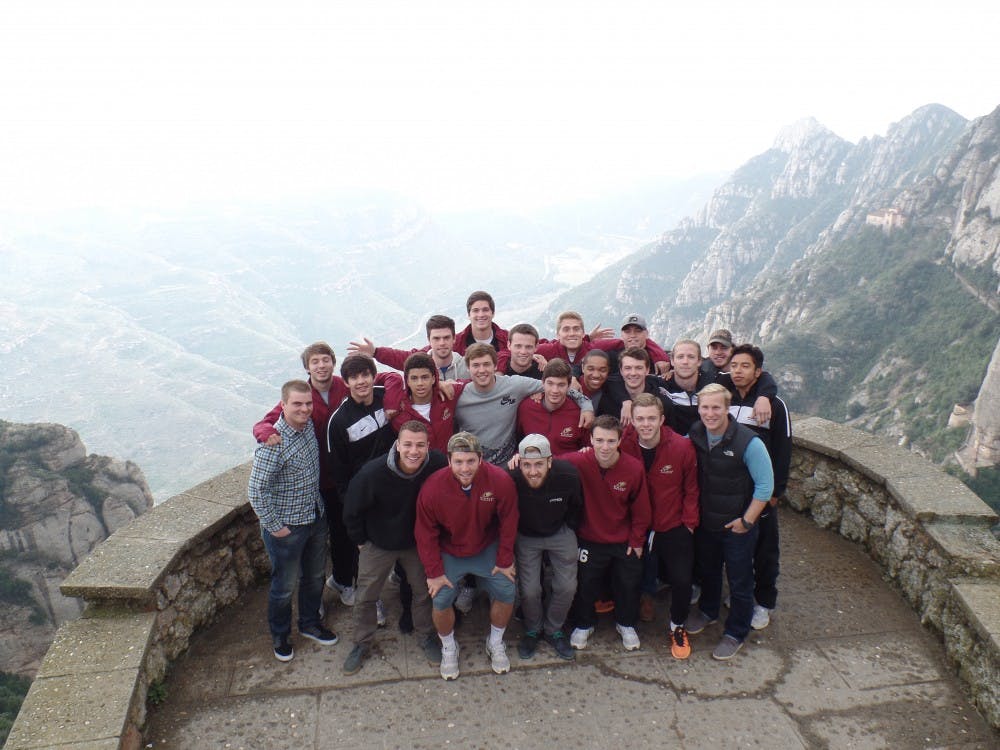 The men's and women's soccer teams are in spring training to gear up for the fall season, but over spring break, the men traveled to Spain while the women headed off to Costa Rica for an athletic and cultural experience of a lifetime.

"People were lighting up flares! They were chanting, 'Barcelona, Barcelona!' And the experience was absolutely incredible," he said.

"I swear if you didn't know there was a game happening you would think they were rioting," Diehl said. "There were flares and like chanting and crowds everywhere."

However, the men didn't just watch the game they loved. They also played the Getafe reserve team.

"I have aspirations to play at a higher level and that was kind of eye opening as to what it would take," Diehl said.

The women's team played both the Costa Rican U17-20 national team, and Arenal de Coronado, one of the best professional teams in the country. Head coach Chris Neal said the game was a great learning experience for the team.

Midfielder Taylor Glenn says playing professionals in a region known for soccer re-energized her and her teammates.

"I've never seen my team happier," Glenn said. "We just exude this happiness of life that we were touched by when we were there."

Beyond the soccer field the women went whitewater rafting, zip lining, surfing and even did some service learning.

"The adventure experiences that we had were possibly the best team building experiences," Neal said.

Glenn is working with Professor of Sociology Thomas Arcaro and a few of her teammates to compile all of the blog posts they wrote during their experience with plans of turning it into a published book by the end of the semester.