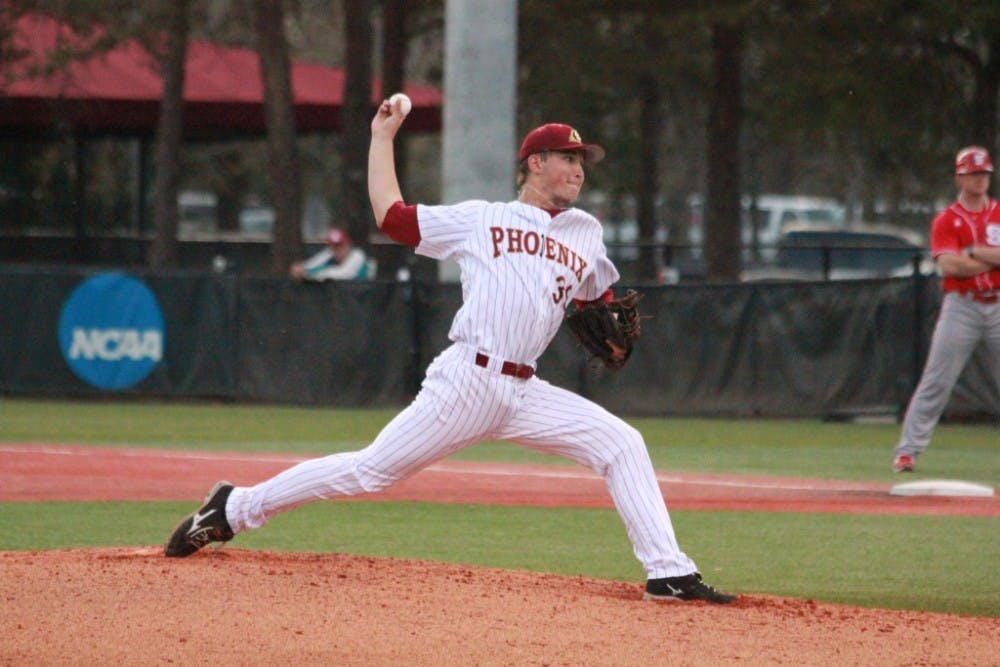 A plethora of late offense propelled the Elon University baseball team to a 13-3 win against Towson University.

Although the Phoenix totaled 13 runs by the end of the game, 12 of them occurred across two separate innings. After a home run by Elon sophomore Kory Shumate in the top of the third and a Towson run in the bottom of the fourth, the Phoenix entered the top of the sixth inning tied at one.

But an offensive outburst occurred.

Elon junior Danny Lynch hit a two-out grand slam to give his team a 5-1 lead. After the Tigers responded with a run in the bottom of the seventh, the Phoenix countered back with an eight-run top of the ninth inning. With one out and the bases loaded, senior Casey Jones drew a walk to score the first run of the frame.

Senior Ryan Cooper added to the lead with a 2 RBI single to left field. Back-to-back-to-back walks increased the lead to 10-2. Senior Andy Moore then drove in a couple additional runs with a double. Finally, junior Austin Leeney reached base and drove in the eighth run of the inning on a Towson error.

Towson managed to bring a runner across home plate in the bottom of the ninth. But the deficit was too much to overcome.

The Phoenix improve to 18-18 (9-5 Colonial Athletic Association) with the win.