Chicago with a Twist 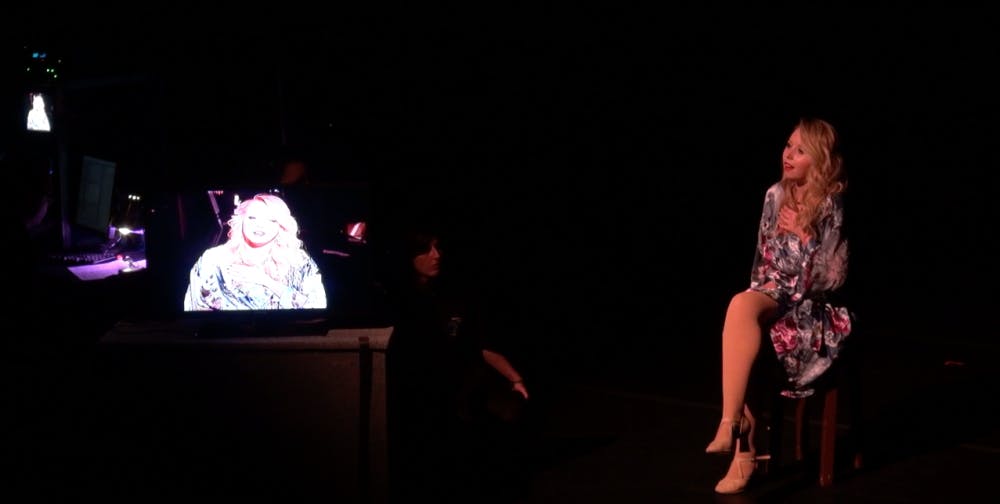 Senior Ryan Kanfer said he's enjoyed combining the theater department with the School of Communications for his senior thesis. As a musical theater major, Kanfer had the idea to challenge the typical expectations people might have for the theater.

Kanfer's version of Chicago, the 1975 musical, blends musical theater song and dance with multimedia, which involves recruiting some of the communications students to serve as talent, run cameras and record videos from the stage. Kanfer modernizes this classic tale to showcase the technological world we are living in.

He substitutes the typical reporter's pen and notebook with iPhones and swaps an old fashioned newspaper with a People magazine. He even chose to prerecord some scenes and change them into commercials to play in front of the audience. Kanfer is able to do all this and more without changing a single line from the original show.

He hopes that this version and the work both the theater and communication students have put into this show will help others realize there are several ways to incorporate media into theater.

Among the three sold out shows, half of the ticket sales have come from non-musical theater students, leading Kanfer to believe that the future of theater will be full of multimedia effects.