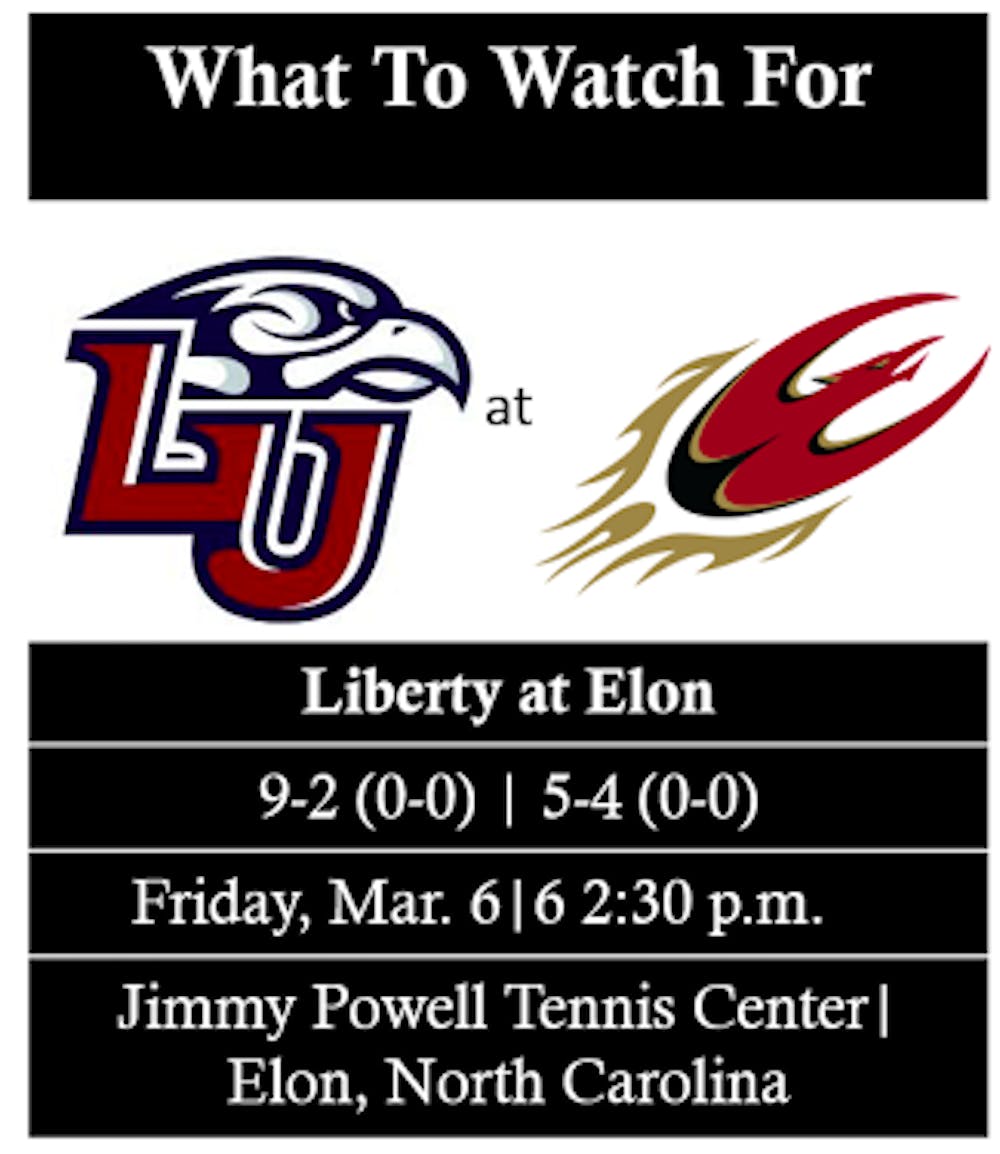 The Elon University women’s tennis team outlasted former Southern Conference rivals the University of North Carolina at Greensboro 5-2 Wednesday, March 4. The marathon match lasted over four hours as the Phoenix returned to the Jimmy Powell Tennis Center for the first time in 10 days.

“After winning doubles I was so pumped up,” Lazarova said. She added the momentum she and the rest of the team built up during doubles play carried them right into singles action.

Freshman Olivia Lucas and senior Maria Camara then clinched the point with a narrow 8-6 win over senior Steph Falcon and freshman Blaine Boaz.

Elon kept into singles play managing to get off to a hot start. Lazarova put Elon ahead 2-0 with a 6-4, 6-2 straight sets win over Blythe at No.3 singles.

UNCG refused to go down easy despite trailing by three. Grinberg forced a third set at No. 5 singles against Camara to extend not only her match, but the entire duel. In that time, Falcon outlasted Lucas in three sets at No. 2 singles winning 6-3, 4-6, 6-4 to put The Spartans on the board.

Elon’s lead continued to dwindle as The Spartans chipped away on the remaining courts. However, freshman Kamilla Beisenova rescued the Phoenix winning 7-5, 3-6, 6-4 over Masey DeMoss at No. 6 singles to clinch the overall win.

Beisenova saw Camara drop her second set on the next court over and knew it was not up to her to wrap up her match and claim the overall victory for Elon. “That put pressure on me, but I think I played a lot better under pressure,” she said.

Beisenova was especially excited for her victory because it was the first time she had won a match-clinching contest.

With the match already in hand, Ward lost at No. 1 singles in three sets to Gammie, while Camara won at No. 5 singles in a match that also went the distance.

With the win, Elon improves to 5-4, while UNCG drops to 4-5. The Phoenix will return to action on Friday, Mar. 6 when it hosts Liberty University. The match is scheduled to begin at 2:30 p.m. at the Jimmy Powell Tennis Center.