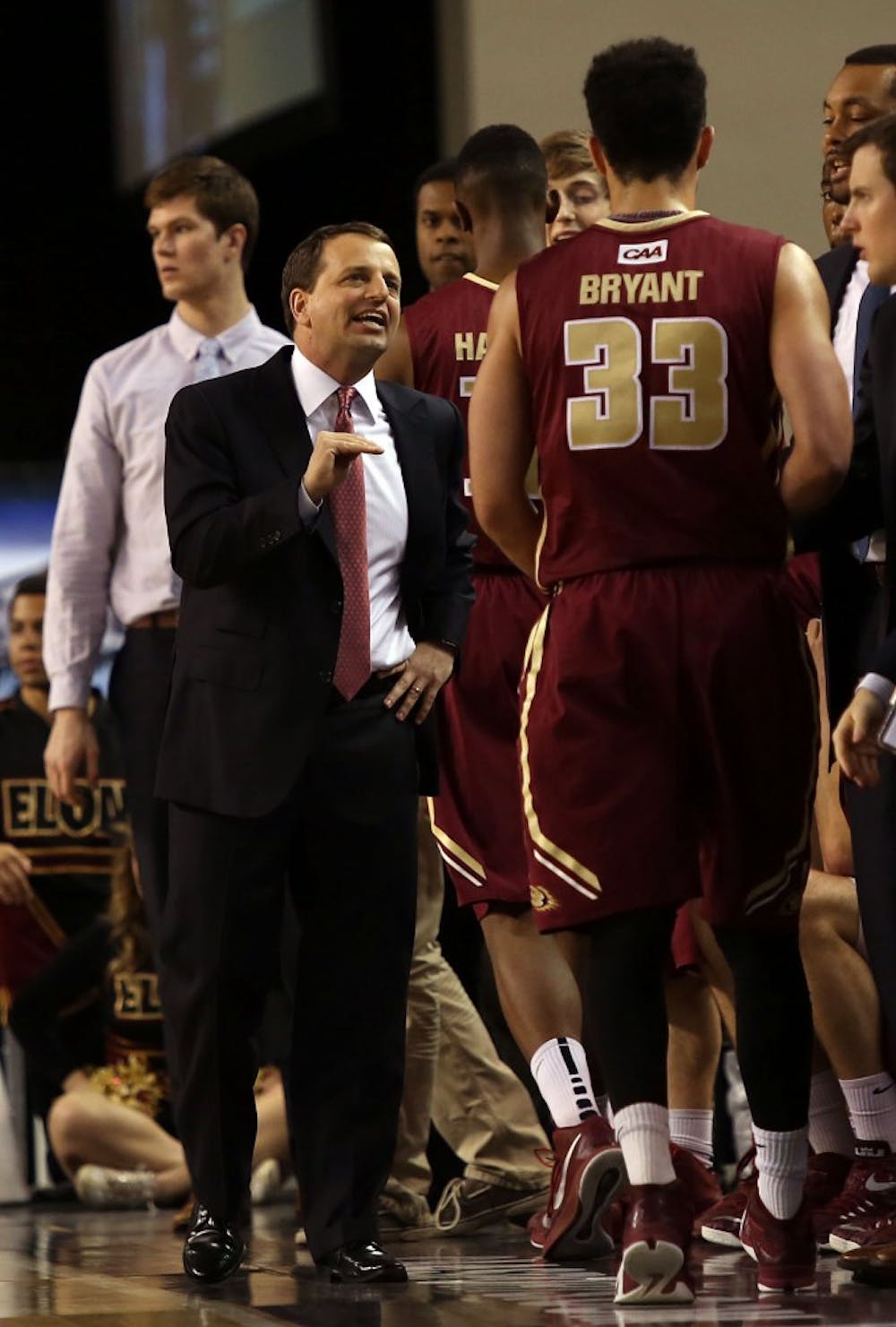 Photo by Al Drago | Elon News Network
The Elon Phoenix men's basketball team fell to the William & Mary Tribe 72-59 in the second round of the CAA Basketball Tournament at Royal Farms Arena in Baltimore, M.D. on Saturday, March 7, 2015. (Al Drago/ELN)

The loss eliminates Elon in the CAA Tournament quarterfinals and ends the college careers of Ryan Winters, Kevin Blake and Austin Hamilton.

It was all William and Mary all game, as the Tribe out shot the Phoenix 52 percent to 38 percent to cruise its way into the conference semifinals where it will play the winner of James Madison and Hofstra on Sunday.

William and Mary showed it deserved the CAA's top seed from the get-go, jumping out to a double-digit lead less than six minutes in, and holding a consistent cushion that hovered around 10 points for most of the game.

Occasionally, Elon would go on a run and manage to pull the game within one or two possessions, but the Tribe always followed with a significant run of its own.

Twice Elon cut William and Mary's lead to three late in the first half, but both times the Tribe responded, going into halftime with a 10-point advantage after a buzzer-beating three-pointer by CAA Player of the Year Marcus Thornton.

But that was all the Phoenix could muster on less than 16 hours of rest following yesterday's overtime win over Towson in the first round of the Tournament.

We didn't grind out possessions in our motion offense," Elon coach Matt Matheny said. "The biggest thing that's revealing in our lack of energy level was that we didn't run a great motion offense. We didn't screen well. We weren't cutting hard. We didn't get any easy things."

Elon showed a renewed sense of energy coming out of the halftime break, twice pulling within seven on three-pointers by Keven Blake and Tanner Samson, but William and Mary always had an answer, extending its lead to as much as 18 points before coasting to the victory.

Thornton scored a game-high 17 points for William and Mary, and Omar Prewitt and Daniel Dixon scored 16 and 12 respectively. CAA Defensive Player of the Year Terry Tarpey contributed eight points and nine rebounds in the win.

CAA Rookie of the Year Elijah Bryant led the Phoenix with 15 points and Austin Hamilton added 13 points and four assists in his final game in an Elon Uniform.