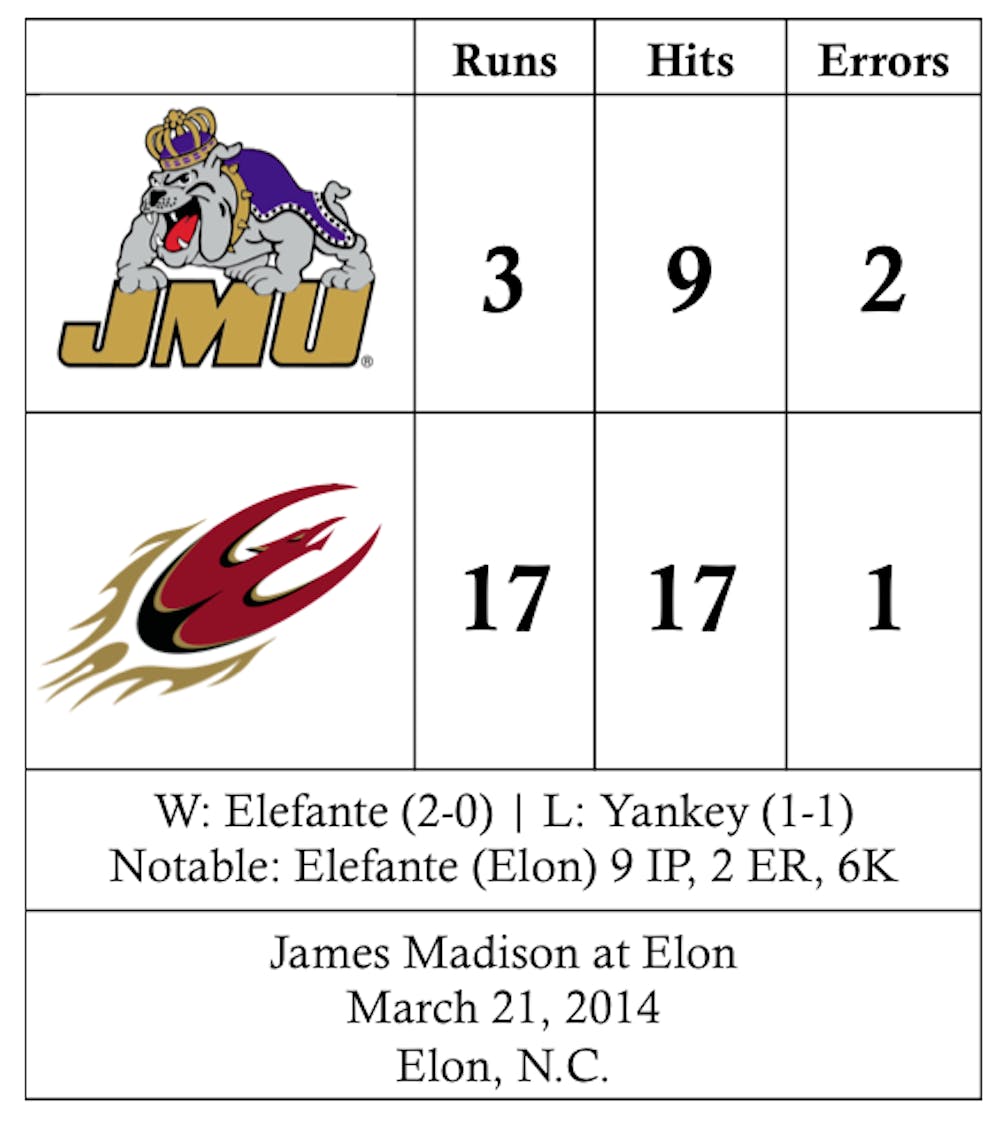 The Elon University baseball team has had its shares of struggles on the mound throughout the course of the season. Saturday proved to be an exception as junior starter Michael Elefante delivered the Phoenix's first complete game of the season en route to a 17-3 home victory over the James Madison Dukes.

Elefante finished the day with a career-high six strikeouts while allowing three runs (two earned) in 110 pitches. While he did assert his dominance on the mound, the Phoenix proved equally impressive in the batter's box.

As the game progressed, Elon's offense continued to provide stellar support for Elefante. The Phoenix got three runs in the fifth, one run in sixth and six runs in the eighth.

The Phoenix improve its record to 10-11 overall and 2-0 in the Colonial Athletic Association. Elon will go for the series sweep Sunday at 1:30 p.m. The squad will then try to North Carolina State on Tuesday and William and Mary March 27-29.