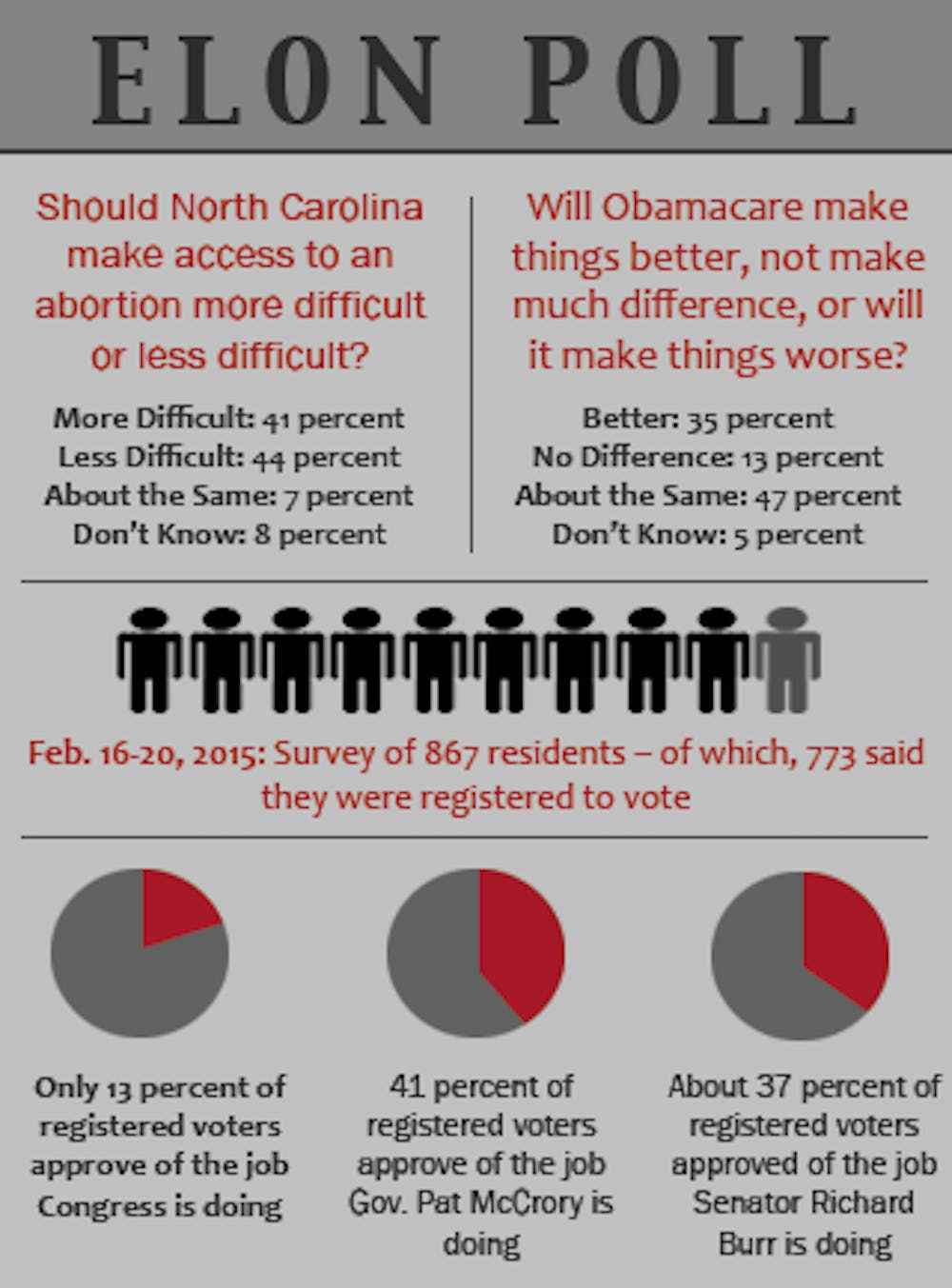 Looking ahead to 2016, and despite Republican strides made in the midterm elections, more North Carolina voters would like to see Hillary Clinton in the White House instead of Jeb Bush. Though they’ve remained mostly consistent on social issues and congressional approval ratings, the shift represents a desire across both sides of the aisle for real change in the federal government, according to Elon University Poll officials.

Though the presidential election is still a few years away, more voters are keying in on what potential candidates are peddling and are already formulating opinions, according to Kenneth Fernandez, director of the Elon University Poll.

“Although most voters are not spending much energy thinking about the 2016 presidential election, the survey results from October and February show that voters respond to new information,” Fernandez said in a statement.

The swing in Clinton’s favor comes to no surprise for some students who hail from more liberal-leaning states than North Carolina.

““I’m not from North Carolina — I’m from Maryland, where it is common to see Democrats take the lead,” said sophomore Allie Bennett. “So, to see people in favor of Hillary isn’t a shock. I think it’s interesting because they’re both from political families so maybe people are paying attention to them because of their family’s reputation.”

In the latest poll, conducted in February, opposition on social issues such as gay marriage and abortion rights continued to outweigh support.

That may not be changing anytime soon, according to senior Matt Albers, a senior supervisor for the Elon University Poll who helped write the report.

“North Carolina, I still think, despite turning a little bit more purple, is still pretty solidly red — at least in the social aspects of it,” Albers said.

Pockets of the state may still be swinging in the aftermath of Amendment One and its being found unconstitutional in October 2014. At Elon — considered by many more progressive thanmost of the state — the opposition still raises some eyebrows.

“That’s a little too high, judging where we are as a country as being more accepting of gay marriage today compared to in the past.” said junior Brett Levengood, of 47 percent of the state opposing gay marriage.

North Carolinian’s approval of congress also does not appear to be changing a whole lot, though it has increased to 13 percent from a 2014 all-time poll low of 9 percent.

Among Republicans, congressional approval inched up slightly, and there was a corresponding slight downtick among Democrats. Albers attributed the changes to the success Republicans enjoyed in the midterm election.

“[Congress] has become such a polarizing figure between both parties that people feel like there’s nothing of substance coming out,” he said.