From the court to the computer 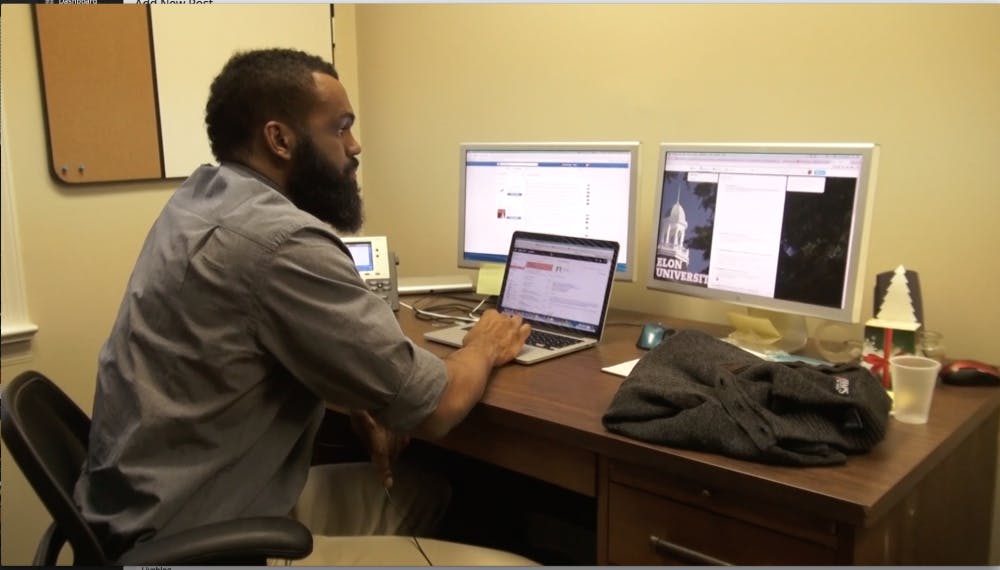 Adam Constantine graduated from Elon University in 2010, but now he's back.

Constantine was known around Elon for his contribution to the Men's Basketball team which he played on for all four years. Following graduation, he played basketball professionally for more than four years and traveled to seven different countries. Following his return to the United States, Constantine decided it was time to give up basketball and began working with social media.

You might see Constantine walking around campus with a camera to take pictures of what's going on around the University and posting it on social media for everyone to see.

"My job here is to get the information out about Elon as well as receive questions, comments, and also see other people speaking about Elon and what they're saying," said Constantine. "It's my job to find content and respond to those that are asking questions."

Constantine says that he sees this job at Elon as his career.

"I love being here and right now I'm just learning. I'm learning what Elon's about, I'm here to see where it can go, and to see how I can help Elon get to their goals that they have for the institution," said Constantine.