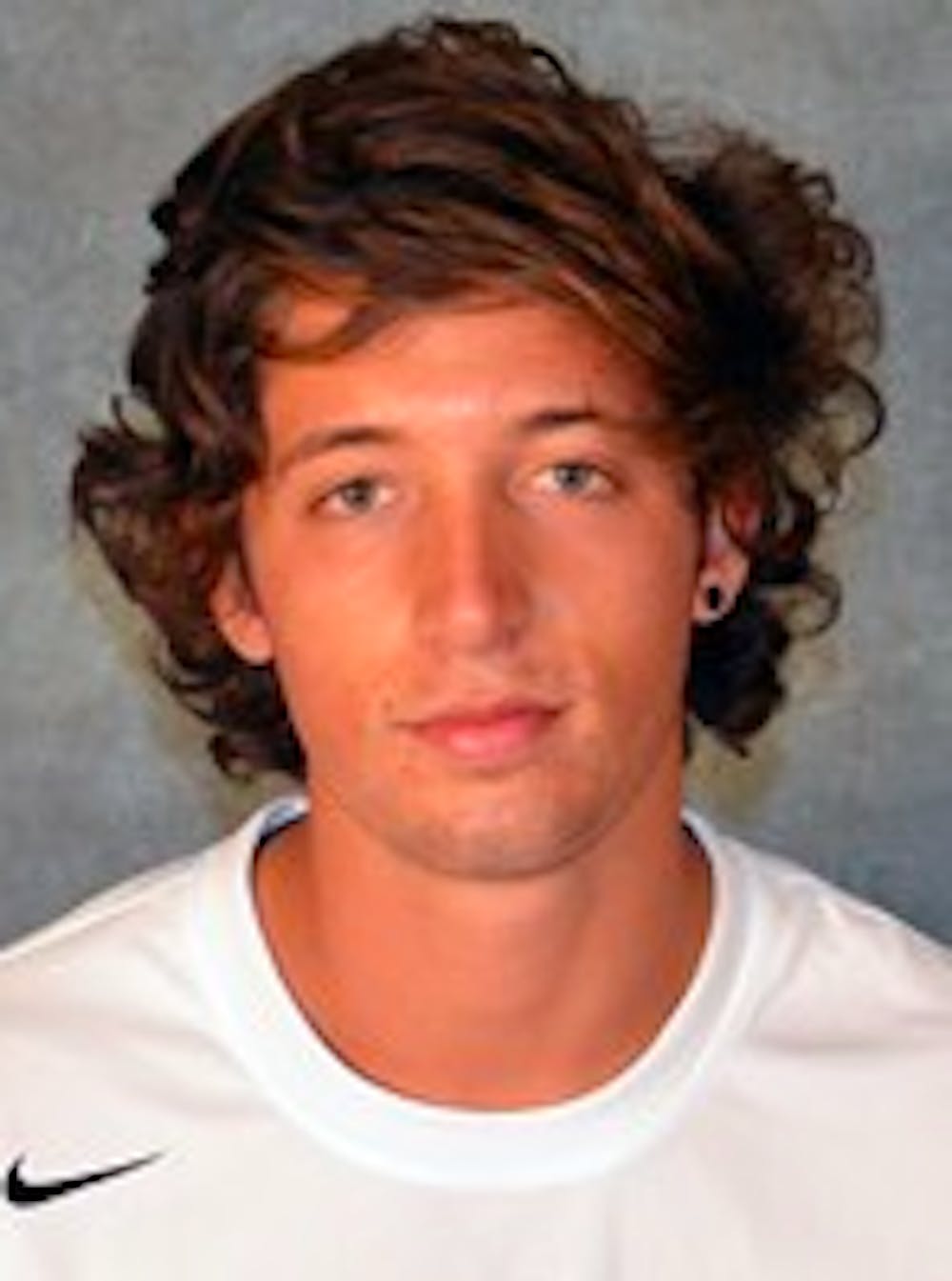 Soft-spoken Josh Luck is more likely to be seen than heard on the court, though the freshman is still making plenty of noise, winning four of his last five singles matches for the Elon University men’s tennis team.

Luck won his fourth straight March 7 ,defeating North Carolina Central University’s Jamal Hoyte in straight sets at No. 5 singles.  His streak looked like it was going to continue later in the day when he took on Georgia Southern University’s Kyle Hoffman at No. 4 singles. Luck took the first set 6-2, but dropped the next two to bring his winning streak to an end.

“[Hoffman] stepped up his game,” Luck said. “I dropped off, and the next thing I knew it was tied and anything could happen in a third set.”

Head coach Michael Leonard wants Luck to embrace the team aspect of college tennis, “Wins are not enough,” he said.

“He’s sort of a reserved kid,” Leonard said. “He doesn’t really understand the atmosphere and the energy you have to bring to it.”

Luck never thought he needed high energy to play well, but Leonard thinks it can give Luck a boost even if it’s not his own energy.

“He needs to learn how to feed off the rest of us a little bit more,” Leonard said.

Luck said his teammates encourage him to become more vocal on the court. He said it will come in time when he gets used to the more team-oriented style of college tennis.

“It’s generally an individual sport, so I have to get used to playing for a team, playing with other guys and worrying about other courts,” Luck said.

While he was briefed in the fall about the differences of dual matches, Luck said he just needed matches under his belt to fully understand what to expect.

“Hopefully by the end of the season I can be playing my best tennis,” he said.

Senior Stefan Fortmann has seen Luck begin to come into his own.

“Since he’s arrived to where he is now, he’s definitely improved character-wise,” Fortmann said. “That might be why he’s been winning so much recently.”

Fortmann, a fellow South African, knows the difficulties Luck faces adjusting to life at a U.S. university and as a college tennis player. He says sometimes changes are necessary.

“Coming into college myself, I wasn’t a vocal guy, but it’s something you have to pick up because it’s a part of college tennis,” he said.

Fortmann added he and Luck share a unique bond as South Africans, but the two were hardly raised in the same neighborhood.  Luck hails from the city of Cape Town on the west coast, while Fortmann was raised almost 1,000 miles away in the town of Wartburg.

While Luck continues to improve as a vocal leader, Leonard wants the rest of the team to follow suit. Leonard attributes the program’s success the past few years to the intensity players brought to each match.

“As a group we have to get hungrier. It’s disappoint as a coach because I don’t think I’ve had teams in the past that are like that,” Leonard said.  “We’re missing that competitiveness and drive,”

After winning three straight matches for their first wins of the year, Elon has lost two of its last three matches.

The Phoenix will look to get back to winning Thursday, March 12 when it hosts Longwood University at 3 p.m. at the Jimmy Powell Tennis Center.