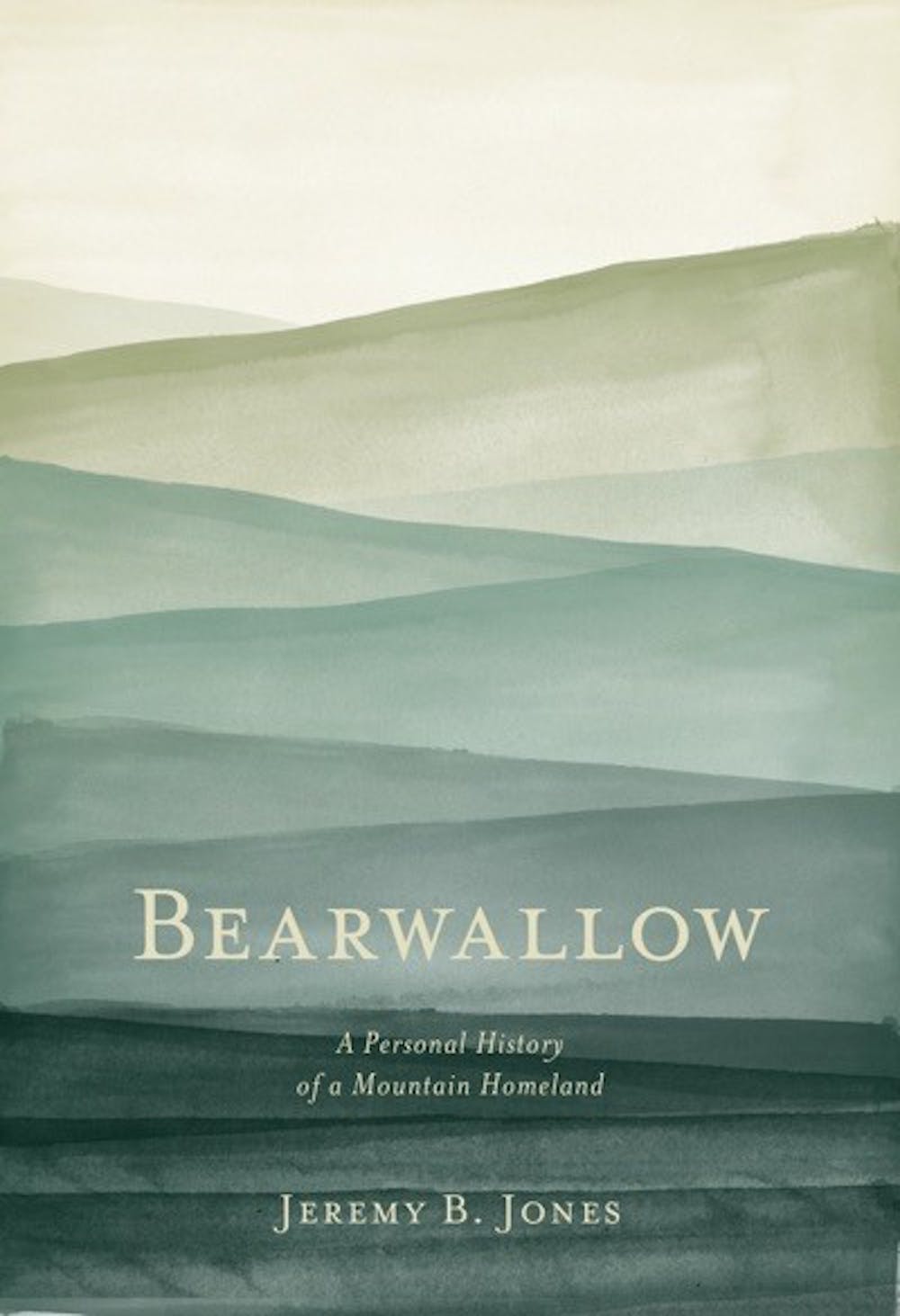 Elon University alumnus and local author Jeremy B. Jones ’04 captures a piece of his home in his book “Bearwallow,” a collection of nonfiction essays about his life in the Appalachian Mountains.

“‘Bearwallow’ tells the story of my return to my family’s land in the Blue Ridge Mountains, of my attempt to reconnect with a place I’d kind of run from,” Jones said. “It explores the identity of that region, trying to understand how those mountains shape the people there, how they shaped me.”

Jones describes his home as glorious and complicated. “Bearwallow” aims to capture the wonder of the region and relay its beauty to readers.

The story starts at the beginning, when he moved back to his former home and began teaching at the elementary school he attended as a child. Jones paints a complete picture for the reader of what his life in the mountains was like.

By contrasting Appalachia with other places he has lived, Jones uses his book to explain how the region impacted his life.

This reflection has deepened his relationship with his home.

“Bearwallow Mountain was a mythical figure in my childhood,” Jones said. “My family’s land sits in the valley beneath it, so I spent much of my early life staring at it. It was one place that I felt fully connected me to my home.”

Jones has fond memories of his hometown, but the ever-changing mountain region has begun to impact the surrounding communities in a new way.

“I think Bearwallow Mountain is a metaphor for a lot of landscapes and communities in Appalachia,” Jones said. “It’s being changed quickly, and we ought to be thinking about how these changes might affect the people there.”

Growing up, Jones became enchanted with the rich stories of the Appalachian people. The stories guided him through his writing process and served as a template for him to build on.

Although “Bearwallow” is a memoir, it focuses on something more than just the author — it pays close attention to Appalachia and the people who populate it.

“The book is my own history in that place,” Jones said. “But it is also my personal accounting of the history of the region.”

By combining historical accounts, folk songs and cultural artifacts, Jones brings his home and its past to life. To keep these themes connected, he weaves in his own story of returning to the mountains.

To enhance these connections further during readings, Jones plays the banjo, an instrument rich in history and popular in the area. It gives the audience a greater insight into Bearwallow Mountain and his relationship with it.

Upon Jones’ return to the mountains, he learned to play the banjo to help him reconnect with his home and his surroundings.

Jones’ past at Elon also helped shape his story. A double major in English and religious studies provided Jones with the opportunities to improve his writing.

“I taught him for beginning creative writing when nonfiction wasn’t taught,” said Cassie Kircher, professor of English. “He somehow found out about it  and took it upon himself to practice.”

Jones and his banjo are returning to Elon March 10 for one of Jones’ unconventional readings.

“When [‘Bearwallow’] came out, everyone in the English department was really excited,” Kircher, who helped coordinate the event, said. “We decided to create a fund to bring alums who have been published back. The creative writing department thinks it’s great for students to see that it’s possible.”

These professors are also one of the reasons Jones is excited to revisit his alma mater.

“My time [at Elon] shaped this book but also me,” Jones said. “Many of the professors who had a great influence on me in the English and Religious Studies departments are still there, and I am thrilled to be able to see them again.”

In addition to reading excerpts from “Bearwallow,” Jones will discuss his latest project, a book based on the diaries of his eclectic great-great-great-great grandfather.

The dated entries, written in code between 1808 and 1859, have presented a challenge to analyze. An essay from the project will be featured in the upcoming issue of “Oxford American.”

“It’s a book about inheritance,” Jones said. “I’m trying to make a book about this bizarre man and his connections to me and my place.”