Vaccine roulette: breaking the myths to the controversy 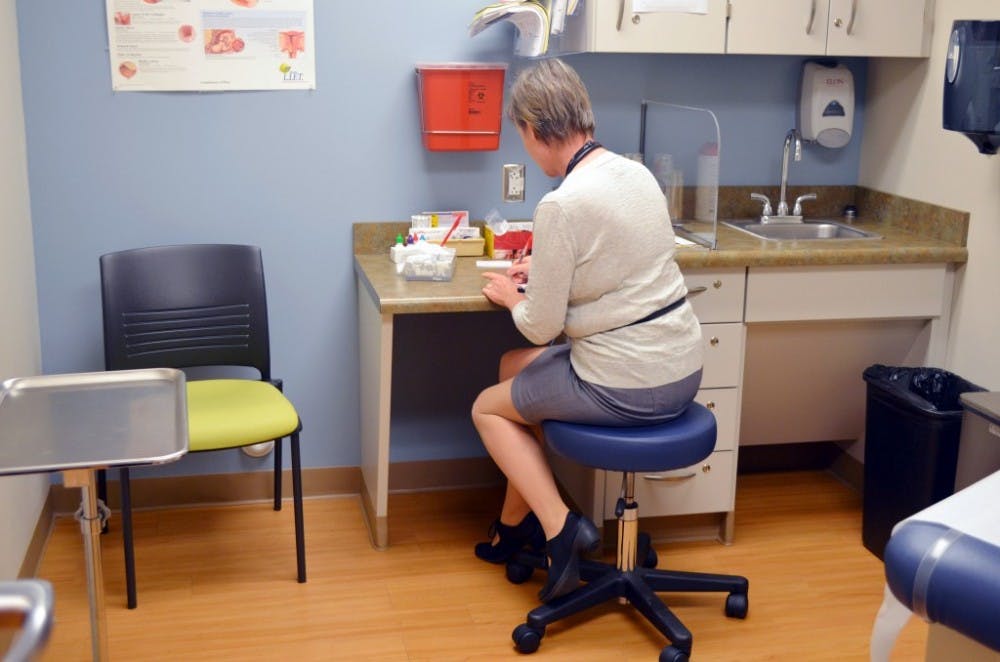 Victoria Moore, an assistant professor of chemistry at Elon University, stood before her class prepared to educate her students. As she thought about how to explain how the media portrays scientific topics, one issue immediately popped into her head: vaccines.

From a 1982 WRC-TV, the local NBC affiliate in Washington, D.C., special, “Vaccine Roulette”, to false publications from Andrew Wakefield to non-credible anecdotes from Jenny McCarthy, Moore has observed heightened fears of vaccines each year.

“I’ve gotten the flu vaccine for many years, and the one year I didn’t get it, I got the flu,” Moore said. “The benefits [of getting vaccinated] greatly outweigh the negatives.”

To have or to have not

Deciding whether to get vaccinated is more than a personal preference. Not getting vaccinated affects more individuals than the person choosing not to receive the vaccine, as has been well-documeted by a slew of experts in recent weeks.

In California, a measles outbreak spread throughout the state in January after an unvaccinated woman transmitted the virus through Disneyland and then to the airport nearby.

Herd immunity protects individuals who have not yet developed immunity if a significant portion of the population (around 90 to 95 percent)has been vaccinated.

“To have the majority of people or as many people as possible be vaccinated [will help] keep the whole population safe,” Moore said.

In The Washington Post, author Sarah Kliff, a former health policy reporter, noted in 2013 that the Centers for Disease Control and Prevention (CDC) estimated that flu vaccination rates decreased 11.1 percent from March 2012 to November 2012.

Mark Cryan, an assistant professor in sport and event management, is a major supporter of receiving certain vaccines such as the measles vaccine. But he doesn’t see much purpose in getting a flu shot.

“I don’t believe in the flu vaccine for me personally because it is not that effective,” Cryan said. “To me, the risk-reward is a whole different balance and the down side to getting the flu is not that great.”

The beliefs that vaccines cause autism, are useless and should be 100 percent effective are some of the most common reasons why people don’t get vaccinated, according to Moore.

No vaccine is 100 percent effective.

“There’s variability in people in general, so everybody’s immune system is going to be different,” Moore said. “Given the difference in people, you’re just going to have difference in response to vaccines.”

According to a January email released to students by Jana Lynn Patterson, dean of student health and wellness, the current flu vaccine is at best 50 to 60 percent effective.

Scientists try to predict which strain of the flu virus will get the most people sick each year.

“The problem is a Type A H3N2 strain which showed significant antigenic drift from the one in the vaccine this year,” Patterson wrote in the email.

Although the vaccine is not completely effective, it’s far from completely useless. Patterson encouraged students to receive the vaccine.

“[The vaccine] is still going to protect against the flu 50 percent of the time and if you have had the vaccine and catch the flu, the illness is milder and less likely to lead to complications,” Patterson wrote.

Andrew Wakefield, a scientist who lost his license to practice within the profession, reported a link between the measles, mumps and rubella (MMR) vaccine and autism.

In the wake of Wakefield’s claims, scientists tried to repeat his study — they couldn’t.

Wakefield’s data wasn’t replicable because he conducted a simple case series. This allowed him to take a biased sample dependent on the parents he selected.

With the proliferation of the Internet at the turn of the century, parents with autistic children sought out information on the cause of their child’s disorder. Wakefield played on families’ emotions in order to reap personal benefits. In the book “The Panic Virus,” Seth Mnookin explains that Wakefield served as more of an advocate for parents than as a scientist.

According to Mnookin, Wakefield earned 435,643 euros for his involvement in publicly funded lawsuits filed by parents against drug companies.

Research has shown no link between vaccines and autism. In the CDC’s MMR vaccine information sheet, rare but severe problems with receiving the vaccine include “serious allergic reactions, deafness, long-term seizures, comas and permanent brain damage.”

Since the odds of encountering these problems are quite slim, it is difficult to determine whether or not the MMR vaccine causes these extreme problems.