Snow does not alter University schedule on Tuesday, Feb. 24 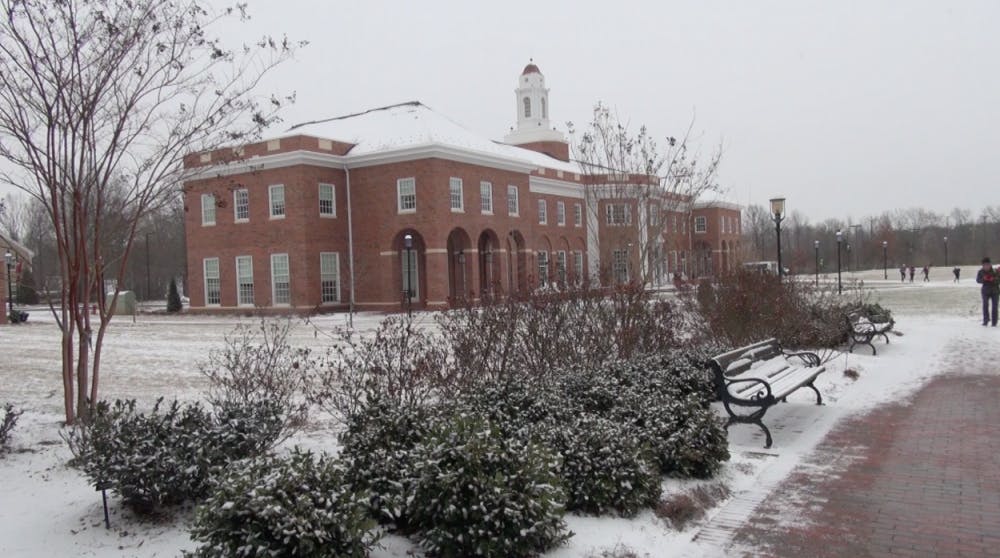 Students and faculty woke up with an email from Vice President for Student Life Smith Jackson, informing them that the university would operate on its normal schedule, Tuesday, Feb. 24.

Elon's website urged students to "exercise extreme caution while driving" due to "a light layer of new snow."

The call to operate on a normal schedule was made early this morning when conditions were safe.

"At 5:30 in the morning the roads were fine so at that point we decided to go with the normal schedule and then when it got worse and in fact it didn't really get bad until 7:30 8 people were already on their way and it wouldn't have done any good to delay then," said Steven House, Vice President for Academic Affairs.

According to the Burlington Police Department, nine car accidents were reported as of 1:30 P.M. today and one person had to be taken to the hospital.

With a chance for snow Wednesday night into Thursday, Dr. House said that the same protocols will be followed.

"We will do it exactly the same way we have been doing it. I will be getting up at 5:30 and communicating with Dr. Jackson and physical plant," House said. "Sometimes mother nature does things that no one is predictin"