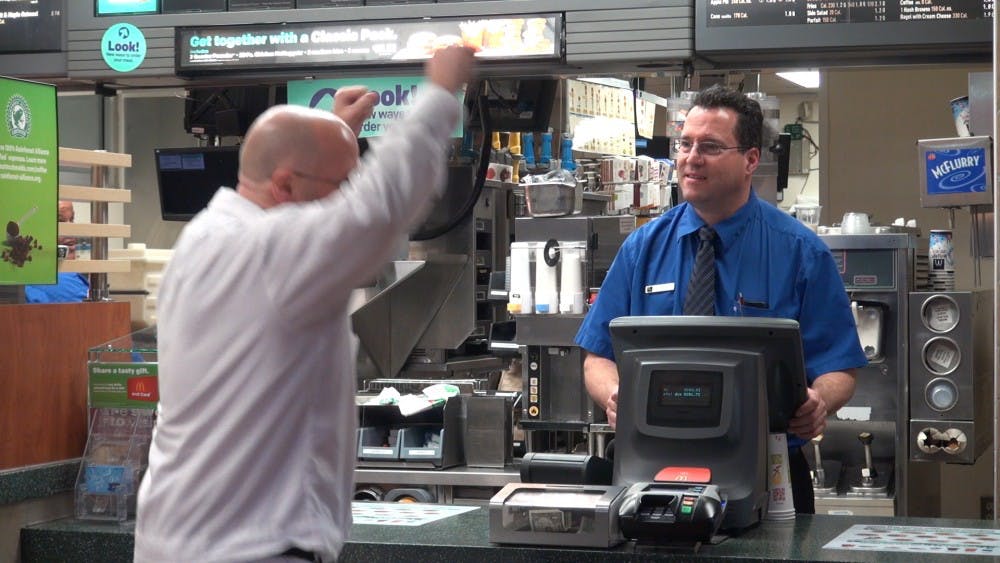 The fast-food giant launched its newest marketing strategy during the Super Bowl with a commercial featuring a campaign titled "Pay With Lovin' ".

Instead of paying with cash, McDonald's customers are randomly chosen to perform an act of kindness in exchange for a free meal. Burlington resident Tom Lauzau was one of the lucky winners and had the chance to pay with a happy dance.

"Well I knew they were doing the "Pay With Lovin' " but I didn't expect that I would be the one that did it," Lauzau said. "I came to see if they had the holiday pies still."

Participating McDonald's locations across the United Sates are giving away meals between 6 a.m. and 6 p.m.

The general manager of the Burlington Church Street McDonalds, Dale King, says he has enjoyed participating so far.

"The first time we heard about the campaign, they showed us examples of how "Pay With Lovin' " was going to be," King said. "Once I saw it I thought it was a wonderful campaign, one of the best ones we've done in a long time."

After getting his free meal, Lauzau is also on board with the campaign.

"I am a big fan of the campaign and I think it has created a lot of buzz around the company and will increase their business," he said.

The McDonalds employees have loved being able to give back to their loyal customers.

"I get excited," King said. "It's wonderful to see families come in or couples come in and be able to tell them "Pay With Lovin' ". It's an opportunity to give back to the customers that come in everyday."

Pay With Lovin' runs through the best day to feel some lovin', Valentines Day.