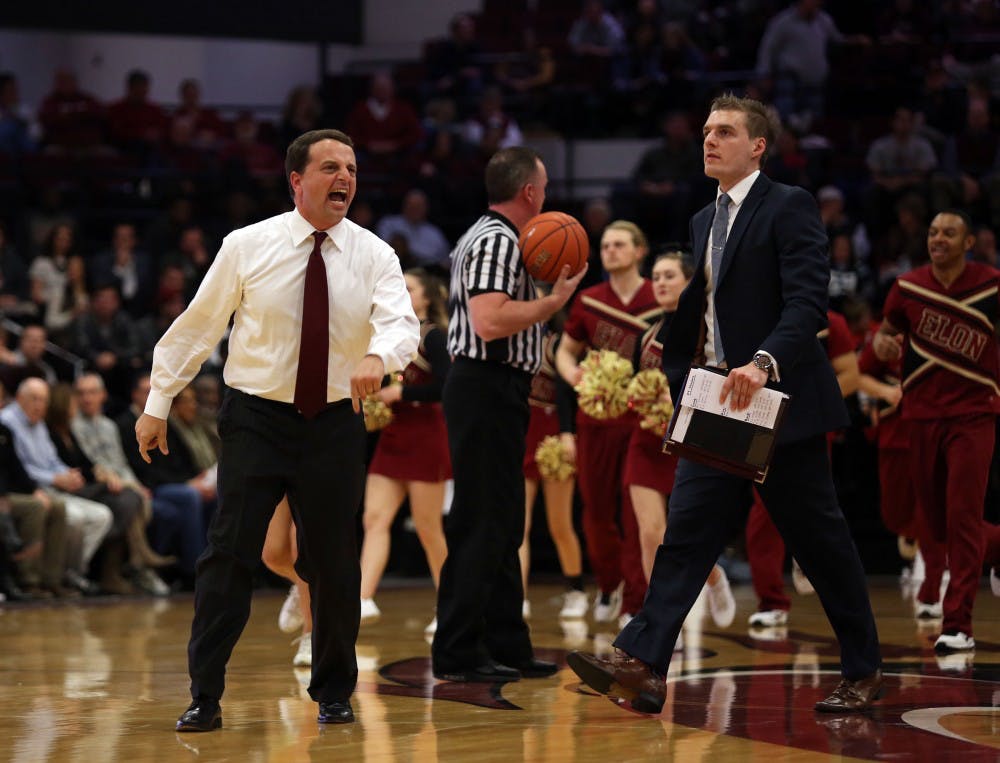 Elon, N.C. - For the second time in as many games, poor shooting and lackluster defense plagued the Elon University Men's Basketball team as the Phoenix struggled to convert offensive opportunities in a 66-50 home loss against College of Charleston on Wednesday night.

Elon seemed to lack energy throughout, as Charleston put its foot on the gas early and never let up, getting its first win since Dec. 14 and its initial victory in CAA play. The loss is Elon's second in a row and drops the team to 10-8 (2-3 CAA).

"This one certainly doesn't feel good because we never really got into a good rhythm," Elon head coach Matt Matheny said. "Charleston controlled the tempo of the game with their ability to run offense and get the shots they wanted to take. We need to get better and we did not take a step forward tonight."

It was a close game throughout the first half, with neither team pulling ahead by more than seven. But Charleston came out of the break with enthusiasm and Elon came out with anything but. The Cougars sprinted out of halftime on a 9-2 run and never looked back.

The Phoenix managed to pull the game within four with just over 13 minutes to go, but that was as close as it got before the Cougars pulled away. Elon made just 30 percent of its second-half shots, including an 0-of-8 clip from three-point range, but Charleston caught fire, hitting 59 percent from the field and 50 percent from beyond the arc.

Charleston was led by Canyon Barry with 23 points on 8-of-13 shooting and Joe Chealey added 17 points and five assists.

Freshman Elijah Bryant paced the Phoenix with 19 points on 6-of-12 shooting, but also committed a game-high six turnovers. Elon's second leading scorer, Tanner Samson, did not score on the night, playing limited minutes after taking a foot to the head late in the first half. It was Samson's first game with zero points since Jan. 4, 2014 at Western Carolina.

The Phoenix looks to rebound on Saturday when it heads to Harrisonburg, Virginia to take on James Madison.