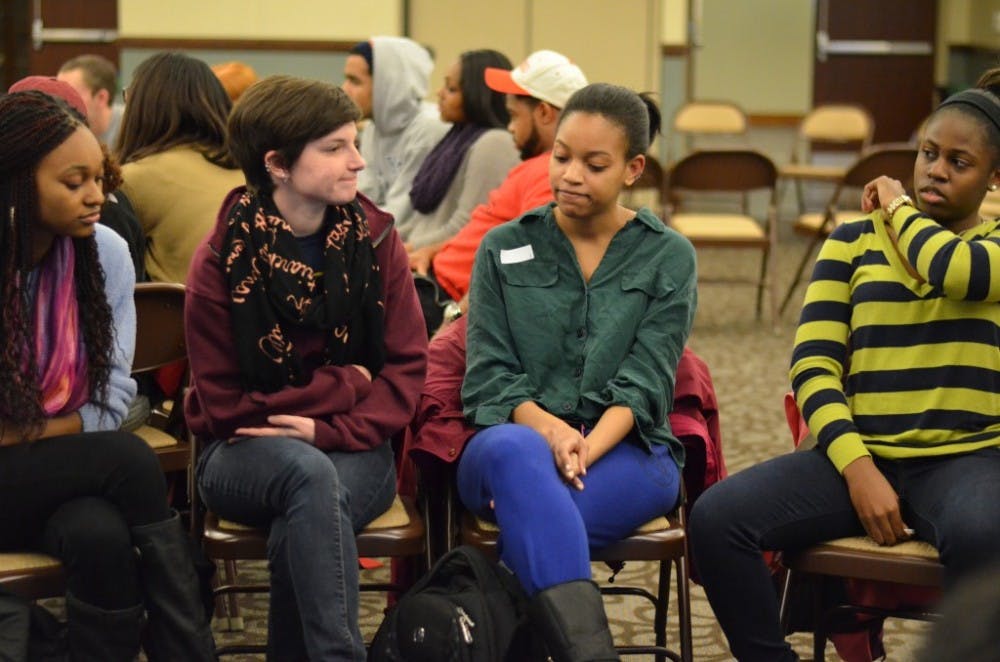 Members of the Elon University community were invited to attend an open forum addressing racial injustice and a lack of on-campus diversity after a reported incident Jan. 21 involving senior Yasmine Arrington, a female African-American, and two college-aged Caucasian males.

Students, faculty and staff filed into the event and were placed into one of 11 circles. But when the event commenced, it became apparent that there were too many empty chairs.

Randy Williams, dean of multicultural affairs, was particularly disappointed with the lack of Caucasian students in attendance.

“I would have loved to have seen a greater diversity of students,” Williams said. “To be quite frank, more white students [would have been nice]. We need to bring multiple people into the discussion.”

Although the forum didn’t generate the desired turnout, several people believed that the event was a worthwhile experience.

“I do think conversation matters,” vice president for student life Smith Jackson said. “I thought there were some very good concrete suggestions [on how to address the incident and promote diversity].”

The event began with a series of three speeches with breaks in between each for discussion on a question that the speaker posed to the audience.

Arrington delivered the first speech by summarizing the event that happened to her Jan. 21.

Arrington had exited the Truitt Center around 8:40 p.m. and called E-Rides. As she was waiting outside, a pair of Caucasian males drove by and said a sexual and racial slur.

“After they said what they said, I was in a state of shock,” Arrington said. “Tears started rolling down my face and I called my grandmother. In that moment, I needed to call somebody because I could not believe that that had just happened.”

As Arrington spoke before members of the Elon community, she posed the following question for people to consider: What makes this incident okay?

According to Arrington, she wanted to tell her story so people can feel that there is no need to suffer in silence.

“There are some people who deal with subtle forms of racism or discrimination and they feel like they shouldn’t report it or if they do, nothing is going to happen,” Arrington said. “I want to challenge that.”

The following speaker asked those attending the forum to consider the purpose of reporting an act of racism even if they feel no action will be taken. Instantaneously, several emotional discussions broke out within each group.

One of the more common reactions amongst the students was that Elon’s administration has done little to address diversity beyond a surface level.

People also suggested that little has been achieved in the wake of the incident because the perpetrators have yet to be identified.

During the open forum, Arrington and other speakers explained that the University Police Department has been unable to identify the license plate from the vehicle the alleged perpetrators had been driving.

According to Jackson, the existing security cameras are suitable and capable of tagging vehicles.

“The university’s put a lot of cameras around that are relatively recent [10 years old] that have cut down on a lot of crime and violence on the campus,” Jackson said.

After the group discussions concluded, Jamie Butler, the assistant director of the Center for Race, Ethnicity and Diversity Education (CREDE), invited everybody at the forum to offer solutions to some of the issues they believed were affecting the university.

Some solutions included evaluating the effectiveness of the existing programs designed to promote diversity. Replacing the ADL Campus of Difference training with a more hands-on and optional Experiential Learning Requirement (ELR) was also