Artist Kip Fulbeck on the Power of Identity 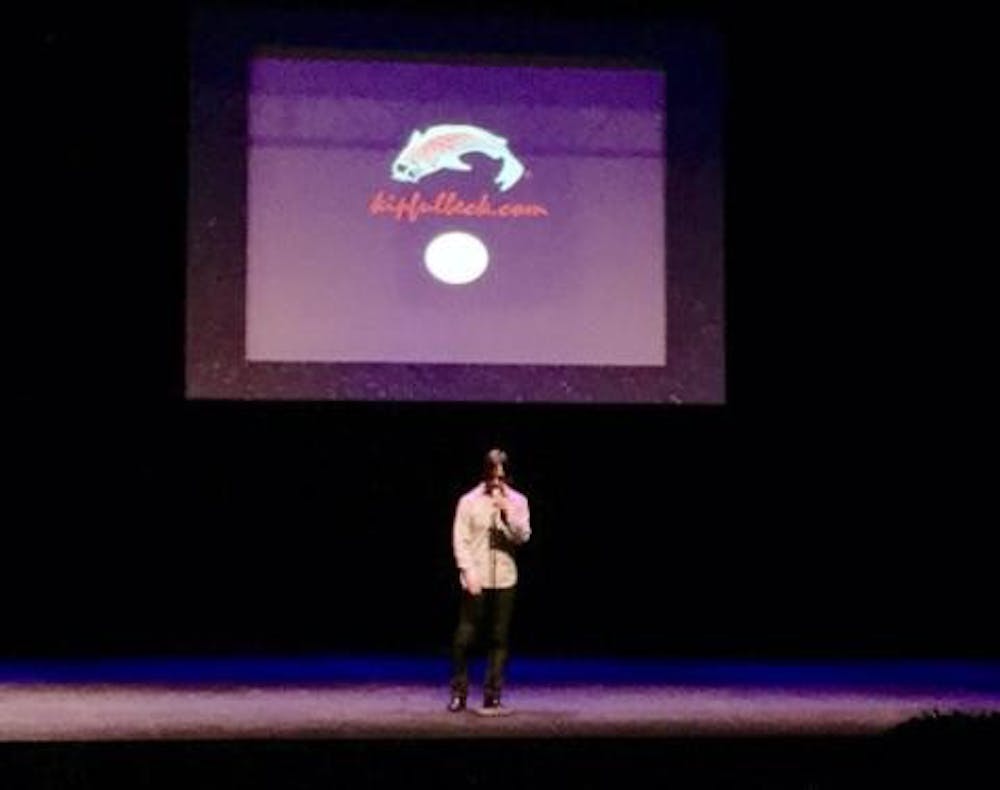 Fulbeck is an artist, surfer, lifeguard, activist and father. He's also an art professor at the University of California, Santa Barbara.

He grew up with a Chinese mother and an English-Irish father, and he said he realized early on that he was different from his siblings.

"My family is full-blooded Chinese, from China," Fulbeck said. "I grew up as the 'white kid' at home with the Chinese cousins."

Identity comes from within

Although race and other outside influences played a role in his upbringing, he opened his event in McCrary Theatre by saying the power to define oneself comes only from within.

"From tattoos, to motorcycles, to my long hair, to playing guitar," he said, "it's like all these things are things I was forbidden to do by my mama. They're all things I do now, and I'm pretty happy doing [them]."

Fulbeck then voiced his frustration with job applications that limited him to one box to check for ethnicity. He said it was like choosing which one of his parents he wanted to identify with.

Now, Fulbeck says the ethnicity he likes to identify himself with is "hapa."

"It's a Hawaiian word for 'half,'" Fulbeck said. "I first heard it when I was three or four years old. It's for people who are mixed Asian."

In his book, titled "Part Asian, 100% Hapa," Fulbeck photographed bust shots of people without any external accessories. This meant no glasses, jewelry or heavy makeup.

He then asked that they write a response to the question, "What are you?"

He didn't specify how they should answer, and he said that the ways people chose to identify themselves was incredible to witness.

"What I do in my classes and in my work is [try] to get people to do it themselves," Fulbeck said. "That's what all my books are about."

Fulbeck ended his discussion with a three-minute poem about how he would like to see the world change.

He encouraged the audience to find out for themselves who they are and who they want to be, and he urged them to use their voices to make a difference in the world.