March for justice and racial unity in Burlington 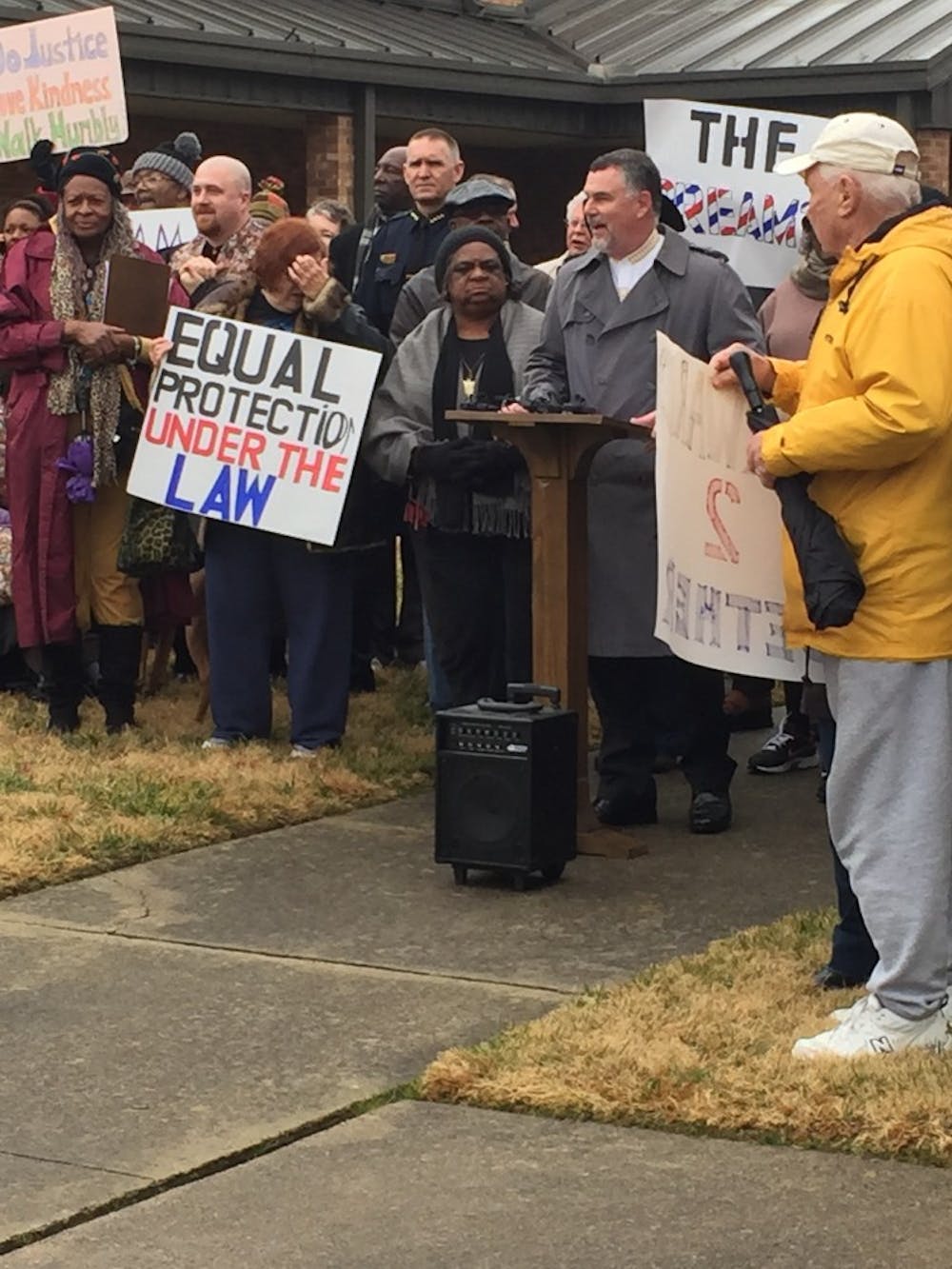 On Tuesday Dec. 23 in Burlington, NC, local clergy and community groups marched in support of the national movement to end racial disparities.

According to the press release, the Black and Brown Lives Matter: March for Justice and Racial Unity was in solidarity to those peaceful protestors across the nation calling for equal protection under the law.

Tuesday's participants offered their support to the improvement and enforcement of all laws prohibiting racial profiling by marching 1.25 miles from the Ebenezer Baptist Church to First Christian UCC in Burlington.

There was a short press conference before the march, where three pastors from different Burlington churches spoke, as well as Burlington Chief of Police Jeffery Smythe and Barrett Brown, president-elect of Alamance County NAACP.

Rev. Phil Hardy, pastor at Life's Journey UCC, opened the press conference by talking about the significance of a peaceful march and the need to work as a community to stop racial barriers.

"We are hoping for a day where there is less divide and less of a sense of 'us' and 'them,' a day we move toward a deeper and larger collective sense of 'we,'" he said.

Then Rev. Ervin Milton, pastor at Union Chapel UCC, took the podium to address the importance of seeing each other as equal, no matter the race or gender.

"We must be able to see each other, not our color, not as knowing that one race is inferior to another. We must see each other as equal," Rev. Milton said.

Rev. James O. Patrick, pastor at Gethsemane Christian Church, challenged the church, the community and law enforcement to stand up for justice.

"If we were waiting on police officers to drive down our crime rate, then we've missed the mark because what is going to improve the community is our getting out their making the difference, our encouraging one another to do things in a righteous way," he said.

Wrapping up the press conference, Police Chief Smythe spoke of the public's expectations of police officers, saying each police officer should be judged according to his or her actions.

Brown then thanked everyone for coming and the march began.

The participants, made up of community members, clergy and police officers, including officers from the Elon police department, organized themselves into two long lines, holding signs like "Black Lives Matter" and "Equal Protection Under the Law."

The call for justice and the importance of all lives motivated Burlington community member Gerald Knight to march.

"I see this as a preemptive, proactive strike to start building bridges," Knight said.

During the march, the peaceful group stopped by the Burlington Police Department to say a few prayers.