Warm Clothing for a BBQ Sandwich 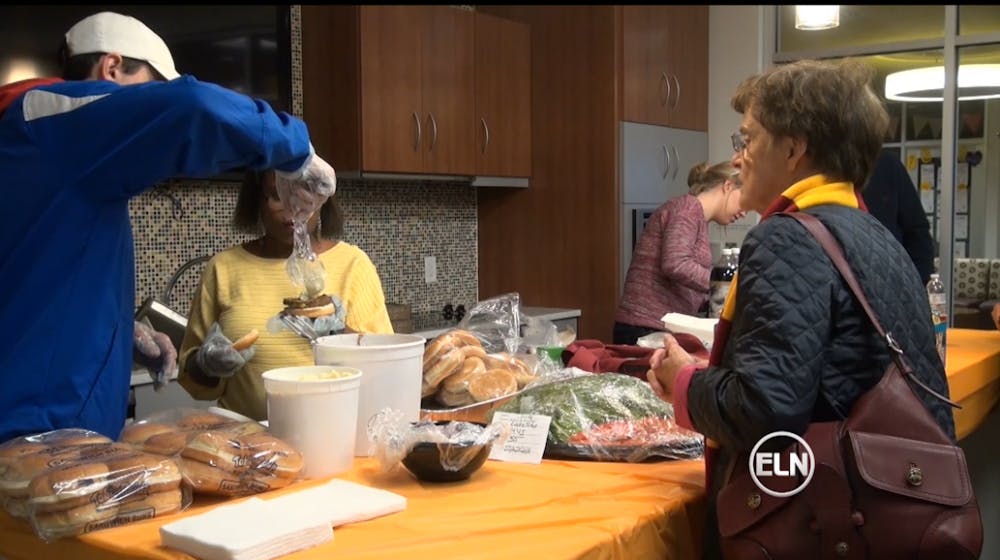 A number of Elon's religious organizations partnered with the Kernodle Center for Service Learning to sponsor a clothing drive event called BBQ for Warm Clothing on Friday.

It was an event hosted in Moseley's Student Center Kitchen, and it was intended to motivate people to donate warm clothing for Alamance County's Allied Churches Homeless Shelter.

The idea started with Alec French, adjunct professor in Health and Human performance, who made a proposal to the students in Elon's Baptist Association to collect warm clothing for the local homeless shelter.

French said this was the first time they'd planned an event like this to encourage people to donate.

French is one of the people in charge of keeping up with the bins.

"A few days [ago], the bins were empty," said French. "But as the word got out, it was really encouraging because some of those in my office [are now] full."

As for next year's plans, he said he's not opposed to launching a similar event in the future.

"It all depends on the needs of the homeless shelter," said French. "There is a possibility we might do this again"