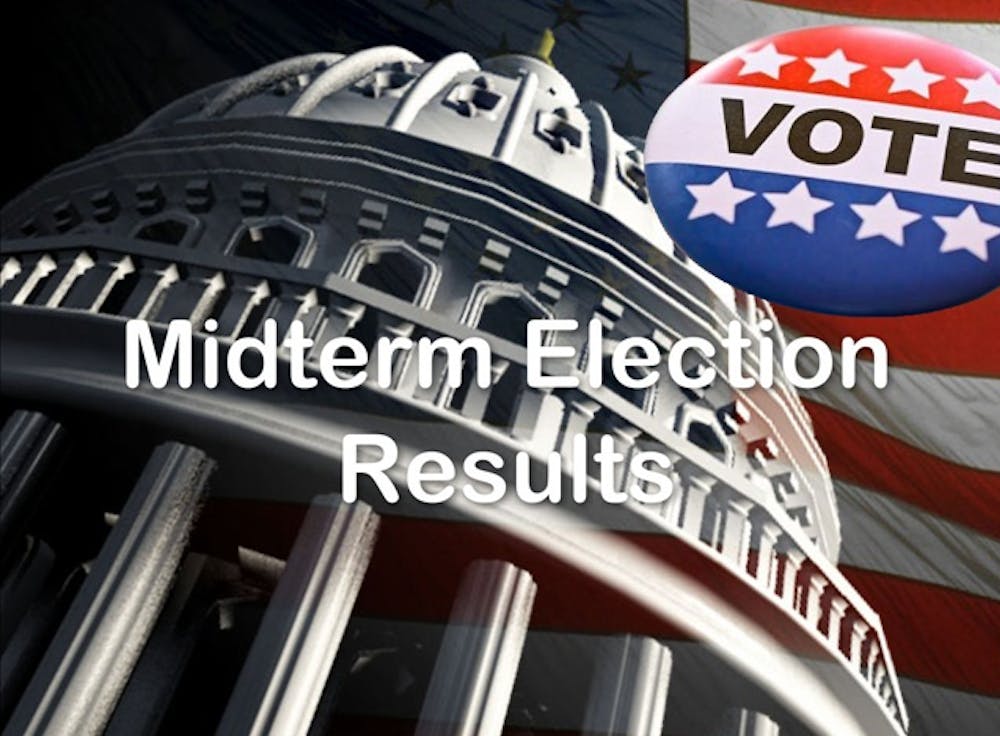 The 2014 election may be over, but there are long term impacts of the midterm election that directly affect college students.

Dr. Jason Husser, Assistant Director of the Elon Poll, thinks young voters should turn their eyes to Washington right now to see what is in store for their future. While there is no one specific piece of legislation that will directly impact college students, the youngest voting age bracket may want to concentrate on national policy rather than local or state issues, since the biggest changes and surprises were in with the Senate becoming a Republican majority.

Husser said that despite college students voting in the midterm election, the voices of students are mostly unheard.

"If college students would vote more they could more aggressively assert that, 'You should pay attention to us government,' you should say, 'We want to make sure Social Security is working for us,' or 'We don't want to have to pay a tremendous debt about expenses we didn't have,' or 'We don't agree with this type of policy action,'" Husser said.

Husser said although the 2014 election doesn't immediately impact 18-22 year old citizens, people of this age bracket should be cautious about the long-term effects of their future. Here are some of the key issues to watch: national debt, medicare and social security.

Starting with the national debt, according to the U.S. Department of Treasury, the debt ceiling is increasing every year and college students are going to have to chip in. Students need to watch their spending habits and pay off college loans.

"Most people agree that the cost of college can't keep rising the way it's rising and that it's really problematic that student loans have increased over time," Husser said.

Medicare is the second problem. Funds are being pulled away from Medicare to pay off the national debt. Although this isn't a direct relationship impacting students, more debt leads to less employment.

"It's harder, and harder and harder for college students to get the types of jobs that they used to get in, say, the 1980s. So colleges are more expensive and the types of entry level management positions become harder to reach," Husser said.

Lastly, is Social Security. Costs are rising. With Social Security benefits likely to deplete in the future, one possible solution is raising taxes on all workers. According to a study done by the Center for Retirement Research at Boston College, approximately three percent increase in payroll taxes could potentially fix Social Security's financing in the next 75 years.

"You are probably going to see tinkering with the tax code. Not clear how that's going to affect young folks and college students one way or another," Husser said.

For some of the big issues from the midterm elections right now students have to wait and see what happens. But to sum it all up, it looks like their priorities need to shift.

"18 to 22-year-olds are getting less in the future and they're going to pay a lot more for it," Husser said.

One argument is that these three key issues add up to generational warfare. This means that the grandparents and even parents of millennials are spending too much money. When the millennial generation begin to hold seats in public office, these three issues will take precedent and Americans won't be able to place as much focus on platforms, like foreign affairs, social issues and environment issues.

The counter-argument is that millennials should alter the approach to end Social Security and Medicare and replace them with a government aid program that extracts age as a factor. By having one program that is a catch-all to the many smaller programs, like Medicare, Medicaid and Social Security, the national debt could decrease, as well.Husser said that it is up to young voters to demand some change, because change won't happen on its own.