Dancing in the black box 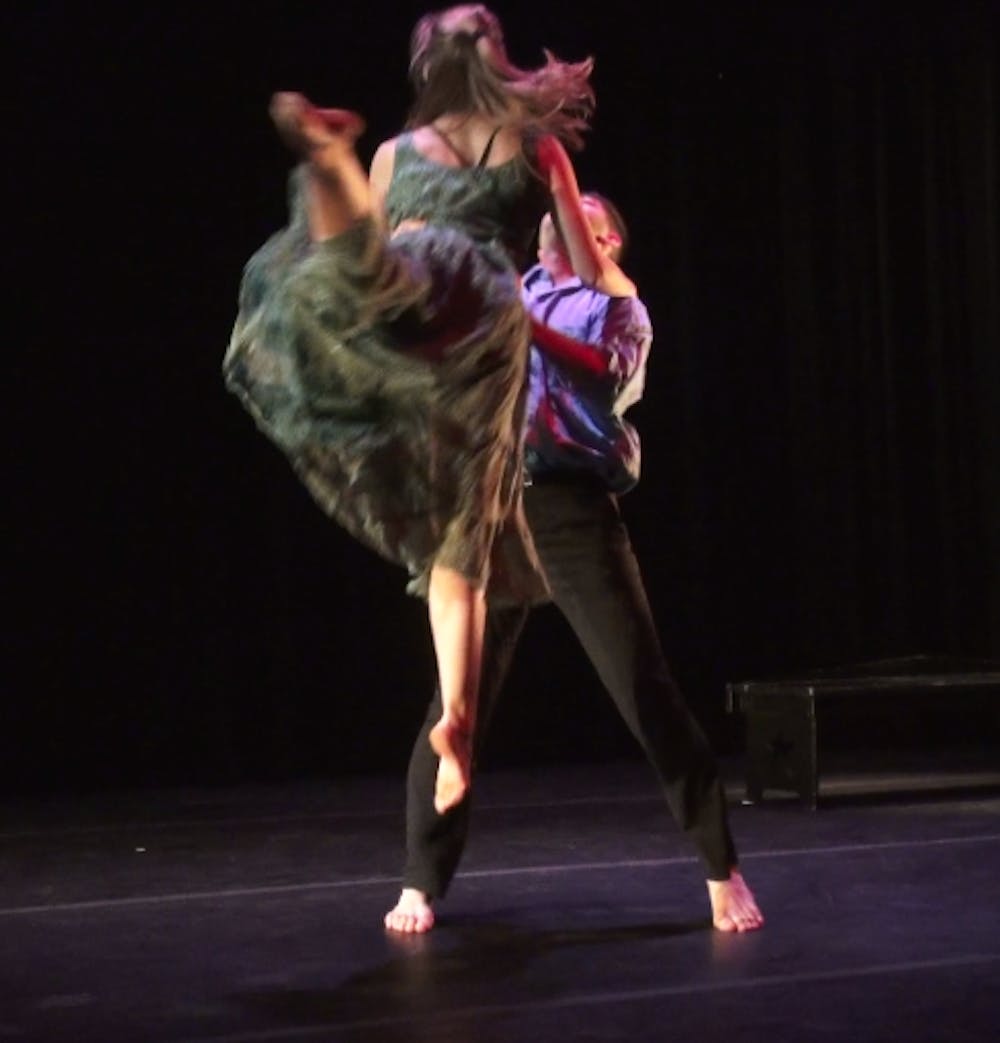 This weekend Elon's Department of Performing Arts held its annual dance concert, consisting of nine original choreographic works done by the students, faculty and guest artists. The event was held in the Black Box Theater, which added a more intimate interaction between the dancers and the audience.

All of the performances incorporated different genres of dance such as modern, contemporary ballet and theatrical elements.

With a push to make the concert different this year, Heather Sandler, senior dance performer and associate director, says there's been a focus on adding more student performances.

"We usually have three works but have six tonight and I think that really is a great way to broadcast our program because it represents us really supporting the students to show their work and present their artistic statements," Sandler said.

Students whom perform in the concert take two choreography classes between sophomore and junior year to prepare for the concert. In October, students present their original dance in the dance studio for faculty members whom select which pieces will be shown in the concert.

Students in Elon's dance company recognize the casting process for the show is a very competitive process. 30 students were cast over six total "Dancing in the Black Box" performances. Sandler recalls spending months preparing for the show.

"Its competitive because we have auditions for "Dancing in the Black Box" and spring show so not every is cast, because everyone loves to perform and so you always try to do your best," Sandler said.

According to Schnider, Fragmentation is very top model-esque, and stern with a little bit of sass.

To prepare for his performance he met twice with his choreographer to record and learn the moves to his dance. He would then watch the recording to perfect the work.

After preparing for his role since September, Schnider was ready to perform. He recognizes the importance of enjoying your performance.

"So what I kind of do is just get in the mind set, and just bring my own little flair and personality and give a little eyebrow you know and just have fun with it really, and you know and commit to the piece and don't let your mind waver but just be fully there while you are dancing," says Schnider.

With this year's mic of student and faculty dances, the show shared a different perspective than previous years welcomed by its viewers.