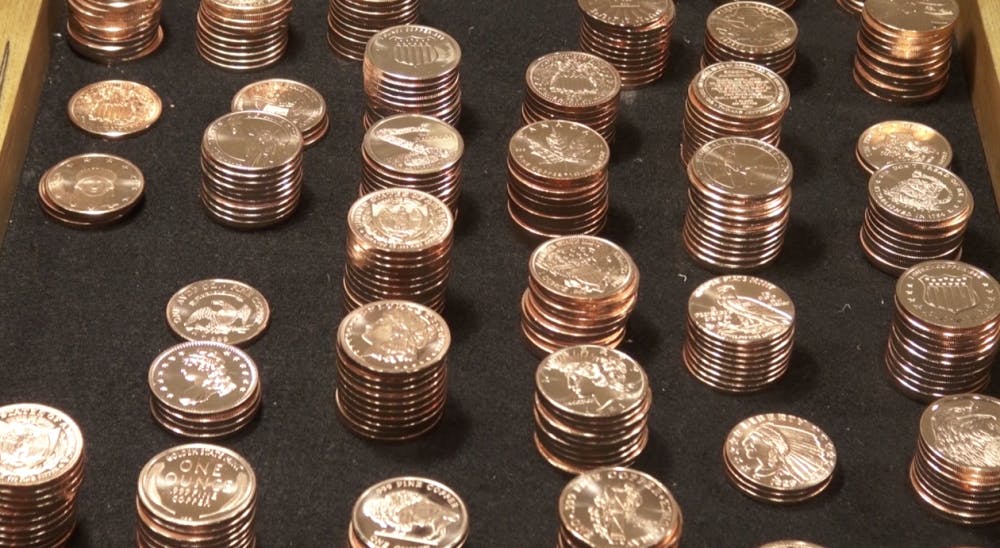 The Greensboro Coliseum hosted the 56th annual North Carolina Numismatic Association Coin Show and Convention this past weekend. It was the third year in a row that Greensboro hosted the event, and the location not only drew people from across the state, but also from across the entire country.

"It's at the crossroads of the state," said NCNA Vice President Barry Ciociola. "There are three or four intersections to come here, and it brings people from across the state from about five different directions, as well as Virginia and Tennessee."

The NCNA organization was founded in 1959 to serve dealers and collectors, and educate people about the hobby of collecting coins.

And many people are now turning that hobby into a career.

"It's a hobby and a business. It's a little bit of both," said collector Jerry Crain. "I got started when I was younger, [as] a teenager. My grandpa collected coins, and those got passed down. I got a little more serious during my college years."

Coins were not the only things on sale during this year's convention. There were even some who were selling fossils.

"Who doesn't like old dinosaurs," said collector Jason Sharon. "We started seeing that the history of fossils was consistent with old coins and currency. It was a really good complementary item to carry in my shop."

North Carolina hosts one of the largest statewide conventions, and many collectors have made this particular one a priority.

"This is probably our 3rd time here," said Crain. "It's one of the larger shows, [and] there are a lot of folks that will travel far for this stuff."

Thousands of dollars were exchanged throughout the three-day convention, but at the end of each day, it's the local businesses that reap most of the benefits.

"It brings money to the local community," said NCNA Vice President Barry Ciociola.  "You've got dealers from all over the United States coming. They stay at hotels, they eat out, they drink, they go to the shopping malls, and they buy clothes. So it certainly helps the local economy."

The NCNA convention will return to Greensboro next year, and Ciociola hopes the show will fill up an even bigger room in the following years.

"The anticipation is that within five to ten years [we] not only fill this hall, but also the hall next to it."