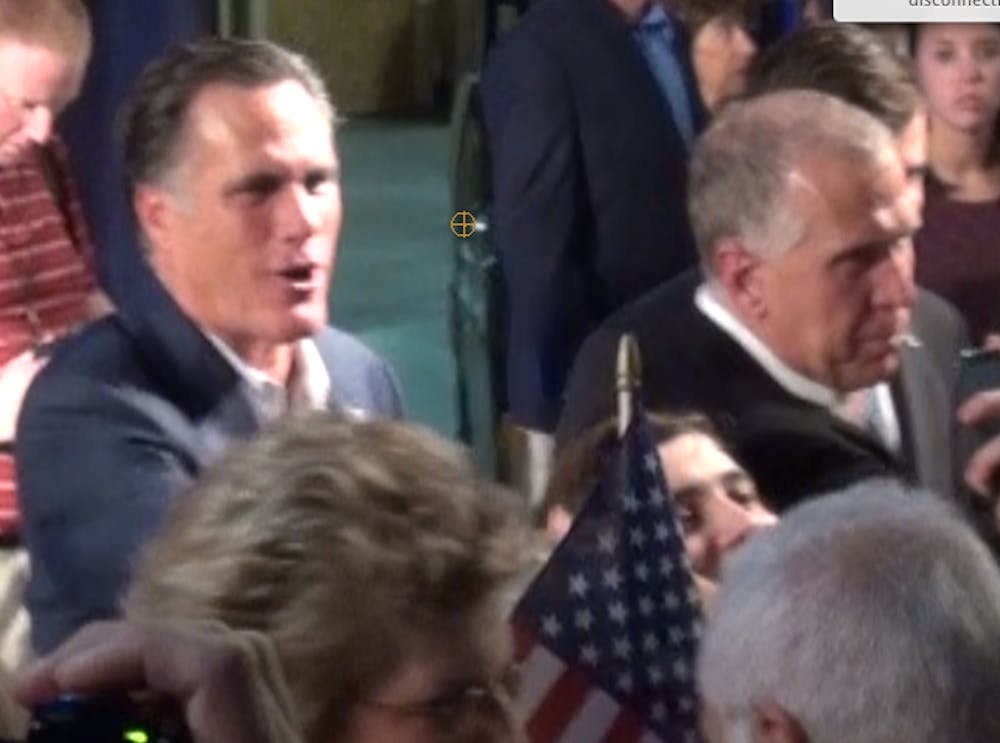 "President Obama made it very clear," Mitt Romney said before a small crowd at the SMT, Inc. warehouse. "He said a vote in November is not just a vote about him, it is a vote on his policies and a vote for the opponent of Thom Tillis would be a vote for Obama's policies."

She then went on to criticize Hagan campaigning for women's vote.

The GOP leaders also took aim at Obama and Hagan over the President's action's regarding national security both domestic and abroad.

In addition, the subject of the Affordable Care act was a popular one on the night, as the Republicans attacked Hagan for voting for the law and her continued support of it.

"We know that Kay Hagan will be nothing more than a rubber stamp for Barack Obama," Rep. Ellmers said. "We know that Harry Reid has protected her from from taking difficult votes, but lets talk about one of the votes she did take a number of years ago. One of the votes that actually helped me decide to run for office back in 2010. She was the deciding vote for Obamacare in the Senate that we all now how to deal with."

The Republicans went after Hagan for supposedly voting with President Obama 96% of the percent of the time and attacked Harry Reid for not bringing bills passed by the House to a vote.

"The House of Representatives under Republican control is doing the work of the American people," Rep. Hudson told the crowd. "We've passes 387 bills that sit on Harry Reid's desk. It's not a do-nothing congress, it's a do-nothing senate, and Kay Hagan is a rubber stamp that goes along and doesn't speak up against it.

To cap off the night Tillis asked the crowd if they saw the final proposed debate between the pair, one Hagan declined to attend.

"I think it was Senator Hagan's best performance," Tillis said. "In the prior three debates, she really struggled to identify anything she's done that she's proud of. I'm going to go to Washington and come back here next year and talk about the things that we're doing, not the things we wish we'd done."