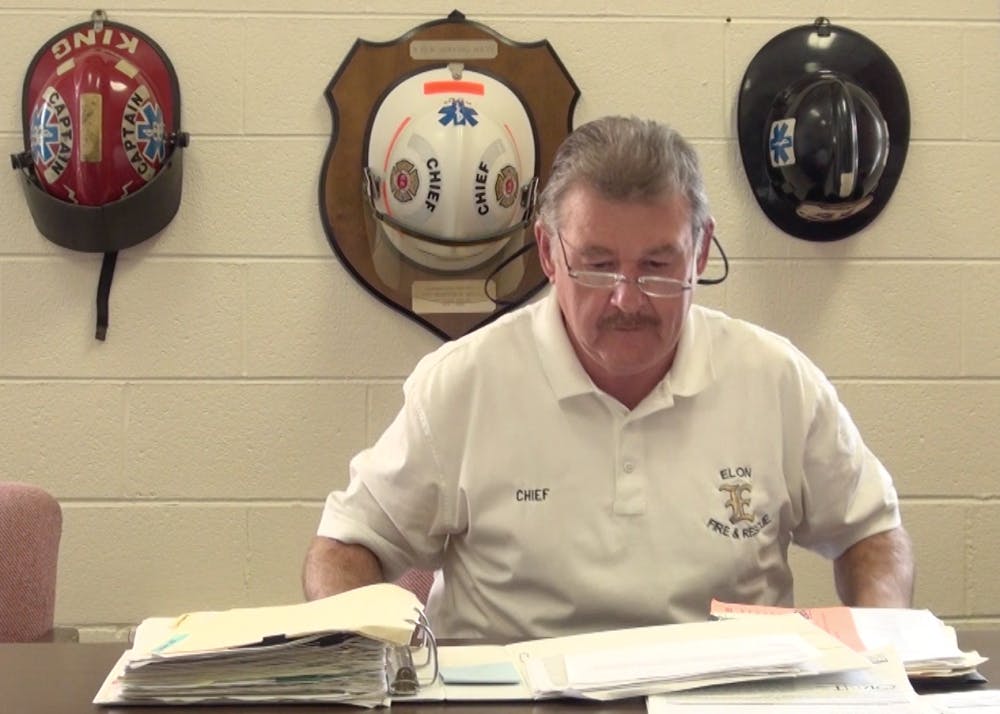 Eddie King, former Fire and EMT Director for the Town of Elon, spoke publicly for the first time to ELN about being suspended from his job. King was placed on non-disciplinary suspension on Sept. 10 and last week, while suspended, he announced his retirement.

"That suspension was bogus," King said.

When King was suspended, he says Town Manager Richard White, an alderman and a police officer escorted him out of the fire station. King said it was done without reason.

"It was never never shown to me anything that I had done or gave permission for anybody to do," he said.

According to King, Town Manager White cited a report, but would not give him any details on what it said.

"He said it was just something [he] had knowledge of," King said. "And asked him show me what you're talking about. It may have been a mistake."

However, White would not show him anything, he said. King thinks the suspension is about more than just the report.

"It's not the report. It's the direction that the town is wanting to take," King said. "I'm not in their group of people they want. Just hang onto your boot straps, you'll see it."

"I could still do what I do without working for the town, but it was a decision that until I retired from the town, I couldn't get back here and take care of business. And this corporation has to continue to run. So I sacrificed my career to do that," King said.

"I am still serving the town, university, rest homes out here, and that's all I want to do right now. This other stuff can go away as far as I'm concerned," he said.

Before the suspension, King said he originally planned to retire in April 2015.

Town Manager Richard White was not available for an interview when Elon Local News went to the town hall. On the phone, White said this is a personnel matter and because of that he would not give anymore details.