In an effort to maintain security at Elon, cameras multiply 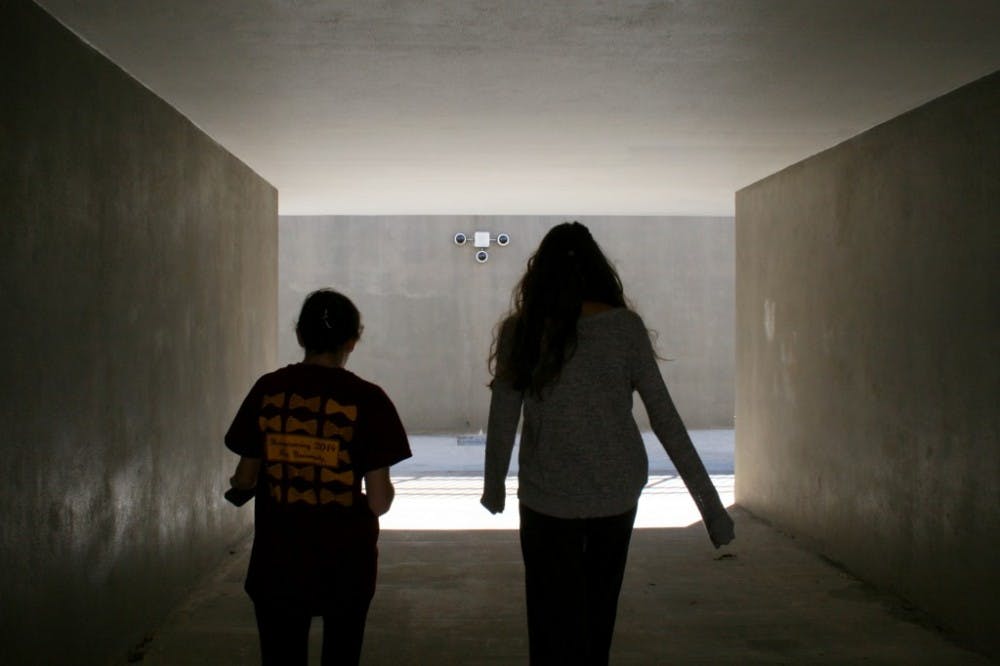 While most students may not notice them on a normal day, Elon University has hundreds of security cameras across campus. And for an Elon senior, the number of cameras has grown more than 50 percent since they first came to campus three years ago.

Ask an Elon student what they think of the school’s cameras, and you’ll get a mix of responses.

“I think they’re necessary, but I don’t think they should be everywhere,” said junior Citlaly Mora.

“Some of the crimes committed on campus are committed by those who are not affiliated with the university.  Those who come from off campus to commit crimes do not know about our camera system,” Franks said. “With most of our cameras concentrated on parking lots, sidewalks and areas surrounding campus, we have found them extremely useful for investigating incidents that do occur.”

“[It’s in response to] the increased need to make sure that, since we are not a ‘gated’ campus, that non-community members who came onto the campus with nefarious intentions would be identified when crimes occurred,” Whittington said.

Students like first-year Julia Jordan-Haas said she doesn’t notice the cameras but finds them beneficial.

“It’s especially good to have them at night, for obvious reasons like sexual assault and car theft,” Jordan-Haas said. “I don’t feel unsafe on campus. I can see how you’d want cameras in place.”

Whittington added that as the campus grows, so does the number of safety devices, including cameras.

“As we increase the campus and as pedestrian patterns change, we will likely continue to increase the number of cameras to provide for security in those areas,” he said.

First-year Drew Fellows said the rise in cameras does not bother him.

“I don’t think an increase in cameras means there’s more crime,” Fellows said. “They’re just looking out for us more.”

But students like first year Matt Cassell would feel better if Elon had fewer cameras.

“I think it’s a bit of an invasion of privacy,” Cassell said.

Franks said the campus’s cameras are only used in public spaces.

“Campus Safety and Police utilize surveillance cameras in places where the security of either people or property will be enhanced. Cameras are not being used in areas where people have a reasonable expectation of privacy,” he said.

For students like Mora, the effectiveness of Elon’s cameras is another reason she thinks they are necessary.

“At the library, there have been instances of stealing, and [having cameras] helps,” she said.

Others, like Cassell, said Elon isn’t a place that needs a lot of security cameras.

“I guess it makes campus safer, but it’s kind of a safe place already,” he said.

“We enjoy a low crime rate both on campus and in the Town of Elon,” he said. “Our crime rate, over the past few years, has remained close to the same.”