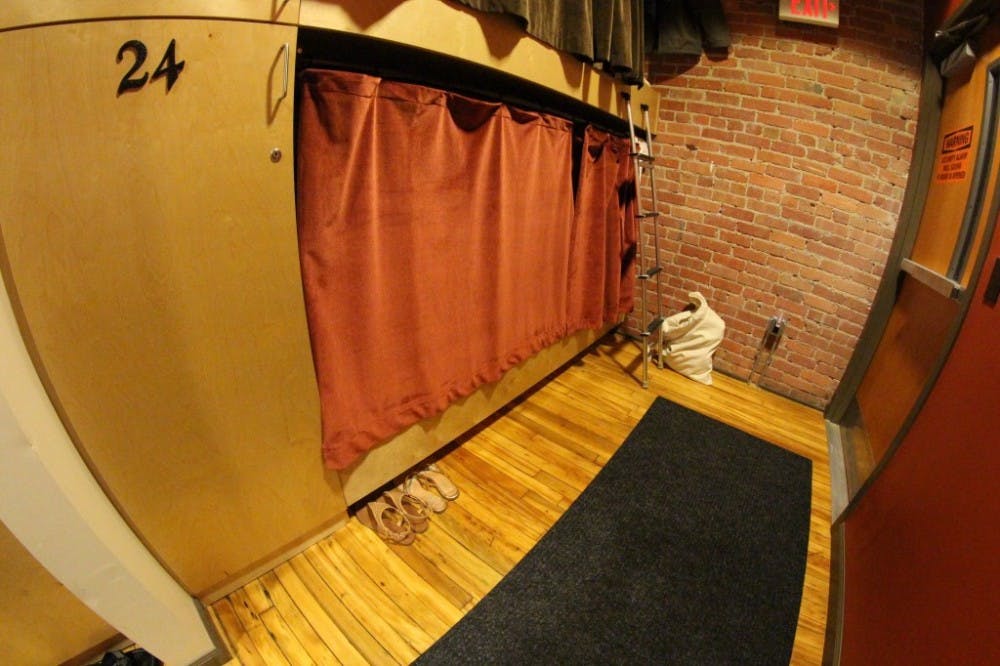 I found out I received the internship in Asheville — a city I had only been to once — two weeks before I was to start, while in a foreign country. It was crunch time.

I decided to suck it up, ignore all the Lifetime movies I’ve seen, and check Craigslist for housing options. I weeded out the ones that looked sketchy, expensive or just plain strange and emailed until my fingers ached. Naturally, no one responded. I had two weeks to find housing in a country I wasn’t even currently in and I’d be lying if I said I wasn’t a bit worried.

Utilizing my “expert” traveler knowledge, I thought about how hostels abroad will sometimes offer work trades, where you work enough hours at the hostel to pay off a bed. Of course, I had never stayed in hostels in the United States and I had no idea if Asheville even had hostels.

A quick gander on Google led me to three hostels in the Asheville area. One looked like an asylum, another looked similar to the state of a frat house after an all-nighter and the third looked slightly promising.

I shot emails to all three, just begging for one to respond.

Sweet Peas Hostel, the promising one, emailed me back within hours, saying that I could not have had better timing because they were in desperate need of help for the summer. Voila, I had unknowingly lucked into an ideal location right in downtown and just a block away from my internship.

I packed my bags and headed off to the unknown, happy to have a roof over my head and an internship for the summer in a city known for its eclectic feel.

As soon as I stepped in to the hostel, three things became clear. The hostel looked exactly like the loft from New Girl, my bed was nicer than I had expected and it was going to be a long, but eventful summer.

I live in a pod, which is basically a bunk bed with a privacy curtain and shelves. I have 44 roommates, with all of whom I share a bathroom and showers. I have no privacy. I live with my co-workers. I always have to wear pants. So far, these are my only complaints.

I have met some amazing people from England, Canada, Ireland, Romania, Australia and all over the United States. My boss used to be in a traveling circus and can breathe fire and swallow swords, and I nowvknow the Cherokee word for bear, “yona.”

The work trade schedule is split up in to two shifts. The morning shift involves running around the hostel, cleaning up after the people who’ve checked out, doing more laundry than I’ve done in my whole life and bleaching showers until my nose stings.

The evening shift involves checking guests in, giving them a tour of the hostel and being available to point visitors to bars, restaurants or the Friday night drum circle.

It’s not a bad life. I can walk to a park, restaurant, work or bookstore in less than three minutes. I get to sit back and count how many people have dreadlocks and how many performers are on every other street corner. I’ve had conversations about herbalism, moonlight gardening and where to buy the cheapest tacos. In two weeks, I’ve become an expert in a previously unknown city that was formerly unknown to me.

Sweet Peas has become home. I don’t live with a bunch of strangers, I live with my extended international family. I don’t have to rush to work every morning, I simply roll out of bed and start cleaning my house. I’m never truly bored because there’s always a conversation to have with someone new.