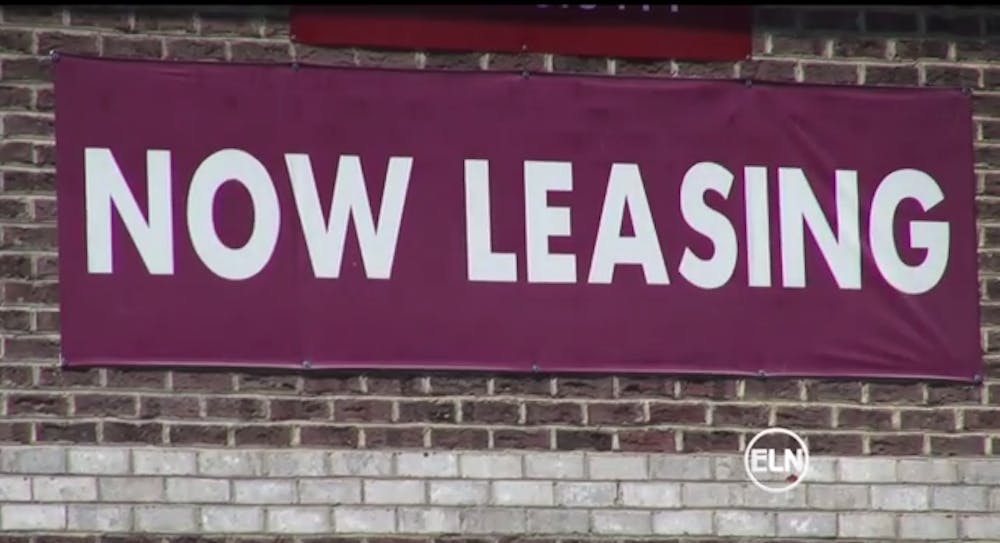 The fall semester is a popular time for Elon juniors to study abroad. But those who are living off campus next year might have a tough obstacle to overcome: finding someone to rent their apartment to avoid paying for an empty room for the semester.

Sophomore Nicole Appleby said that almost all of her friends are having that problem.

"It's been really hard because, I know a lot of people, especially Elon students are posting on E-Net but they're not getting any responses," Appleby said, "Or they're asking around and most people don't have a subletter or are looking for one and don't need to sublet."

Appleby is going abroad in the fall and would have been paying roughly $37,000 for her trip to Florence plus the rent for her off-campus apartment. Her parents told her that she needed to find someone to live in her apartment while she is away in order to cover the rent.

"It was like an ultimatum," she said. "They were like, 'You can't go abroad unless you find a subletter.' So that was really crucial that I found one."

Appleby was able to find a friend to sublet for her, but other students have not been as lucky.

Dillon and Jesi Weed are twins that are both going abroad in the fall. Their parents will have to pay for both abroad trips plus Dillon's off-campus rent, which will cost an extra $3,000.

"Everyone already has a place set in stone," Dillon said. "I think we all figured out we were all going abroad late March and most people already had their houses or their leases signed already so it's tough to find someone who's still available."

But the Weed twins say that their parents are trying to be understanding of the situation.

"They kind of know that's going to be tough for me to find someone," Dillon said. "But they're definitely pushing me. Like every few weeks, they ask me, 'Hey, have you found someone yet?' and it's always like, 'No, I still haven't found anyone.'"

If you look at the want ads on E-net, many are ads looking for people to sub-lease off-campus apartments in the fall.There are several posts on Facebook as well. Jesi was able to find a sublet and said her biggest piece of advice is to start looking early.

"If you know you're going abroad, then I would try and find someone early because it's a really competitive process," Jesi said.

If you are living on campus, Residence Life says that it is still your responsibility to find a subletter, but if you're going abroad, they can help you find somewhere to live when you return.