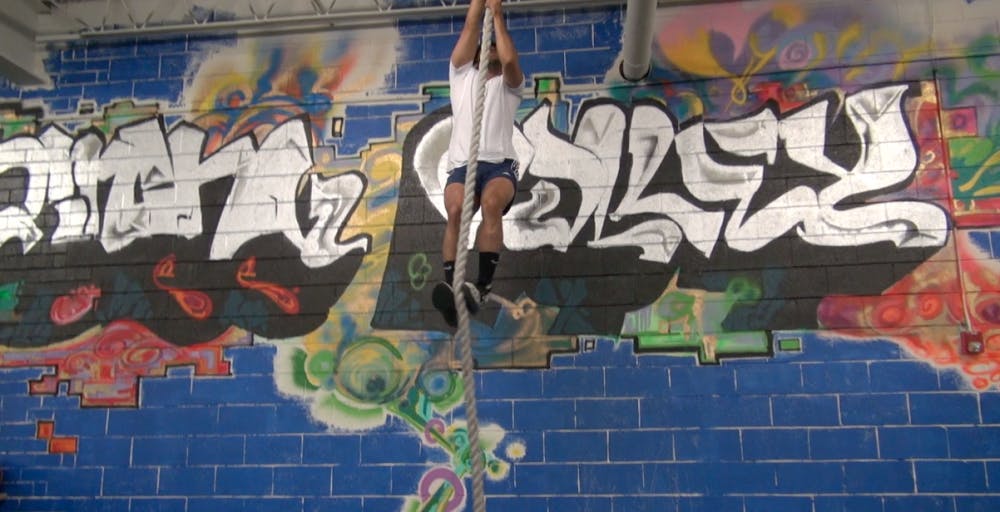 Elon senior Suhail Nimji hits the gym at 5:30 a.m. He stays for two to four hours and sometimes goes twice a day. Nimji even gives up weekends to train.

Nimji has been doing CrossFit since his junior year of high school and can't imagine his life without it.

"It's a way of life for me. CrossFit saves me from everything," he said. "If I didn't have CrossFit, I don't know where I would be."

CrossFit is a high intensity fitness program that has nearly 6,000 affiliate gyms worldwide.

Before transferring to Elon his junior year, Nimji was a Division I swimmer at Davidson. He swam competitively since high school but suffered several shoulder injuries including two dislocations, a torn labrum and extreme tendonitis. He quit swimming to dedicate his time to CrossFit.

"I'm the type of person that won't stop training no matter what," he said. "And CrossFit gives you that ability to either train with all your dysfunctionalities, all your injuries."

With so many injuries, his physical therapist told him to stop training, but Nimji says his life wouldn't be the same without it.

When Nimji came to Elon, he decided to play rugby to get more involved on campus. After tearing his MCL, LCL and PCL during a match, it's been a long road to recovery.

"Now is the first time I'm squatting again since September," he said. "Same with full movements, full CrossFit movements. So that's where I'm at right now."

He's training for his first Olympic weightlifting competition in May at a local gym in Greensboro. After that he will focus on training for the CrossFit regional competitions next yea,r with the hopes of making it to the CrossFit Games. But Nimji said that winning is not what's important.