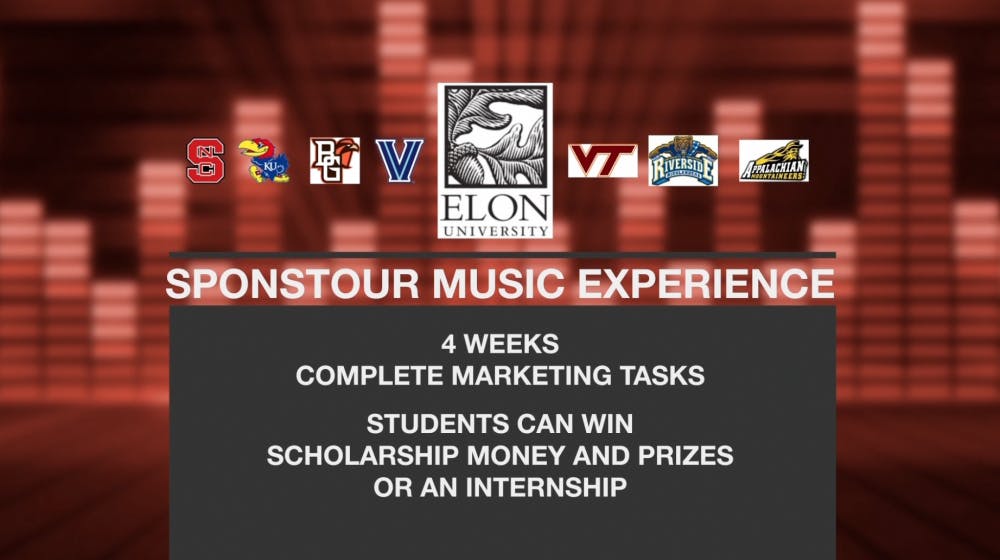 If you go to Elon you might not know his music, but country music singer, Joel Crouse, could help a group of students land a big internship.

"It's such a first like real world experience," said Sophomore Marketing Major Indigo Gordon. "We have to contact this guy who works at a real company, and gets paid a real salary."

Gordon is one of the students taking Principles of Marketing this semester. The class gives students the chance to sign and promote a country artist through the company: Sponstour.

"Each team creates their own label. So ours is Arises Entertainment, came up with it very cleverly with the six initials of our groups members, so really creative there," Gordon said.

Elon is one of eight schools in the country participating. Each group has four weeks to complete marketing tasks, such as making promotional vines and signing local endorsements. Sponstour tracks and scores the groups, and the team with the most points at the end of 30 days, wins. Students can win scholarship money, prizes, or an internship.

"Since Elon is a smaller school, and we're competing against schools that have 25 to 30-thousand people," said Junior Roxonna Haghighi. "We're having to work that much harder to prove them wrong."

The groups will use all sorts of social media between Facebook posts from their page, tweets and retweets from Twitter and Instagram photos to promote their artists. Arises Entertainment decided to have a little fun in the process.

"We like to be different, and come at it from a different angle," said Arises Entertainment CEO and Sophomore Sarah Baum.

Baum even learned one of his songs to promote Joel Crouse. The groups should know within two weeks whether or not they won the contest.