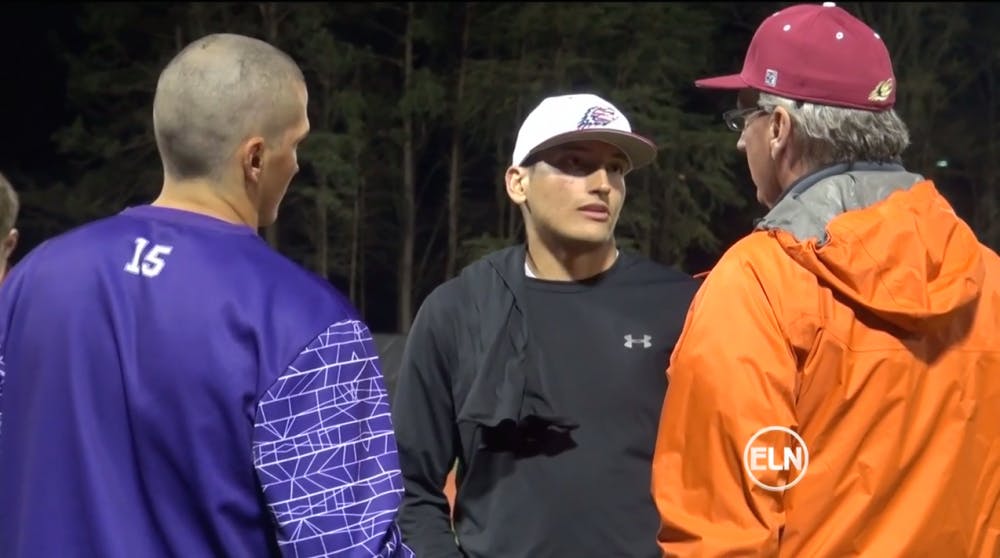 Joe McGillicuddy was diagnosed with testicular cancer and is now in remission.

"In my mind I was like, 'No, this is impossible,'" McGillicuddy said.

"My emotions got a little rattled, I should say," McGillicuddy said. "Doing research when the hormone is above this level, it's most likely a tumor... of cancer or whatnot."

He went back home to Virginia and was diagnosed with testicular cancer. He had to go through three rounds of chemotherapy over the course of 9 weeks. After his final treatment in February, he took a C-T scan that came with good news: he was cancer-free.

"That was a blessing. That was great," McGillicuddy said. "Then I realized I could get back into baseball, because that's something I really missed during that time."

He got back to the baseball mound last Wednesday by throwing the opening pitch for the Phoenix. The catcher was his twin brother John, one of High Point's starting pitchers. After the game, the Elon and High Point baseball teams shaved their heads in support of cancer research.

"It's an ugly look when you get done with it, and trust me, I know," McGillicuddy said.

But regardless, his brother and teammates were all good sports.

"He's so strong mentally and willed his way through this whole thing, and he helped me through too," John McGillicuddy said. "The fact that my teammates are here, you should have heard them. They were like, 'Oh I don't want to buzz my hair.' The fact that he means a lot to me, they recognize that, and I'm happy for it."

Joe McGillicuddy is not currently enrolled at Elon, but he plans to return in the fall and get back into baseball. Looking back, he says this experience has been life-changing.

"I'd say I learned from it. You know it's an adversity and ability," he said. "Your character is really challenged. You stay true to who you are throughout the process."

The players raised more than $14,000 for the Versus Cancer Foundation Wednesday night. The Phoenix won the game 12-2.