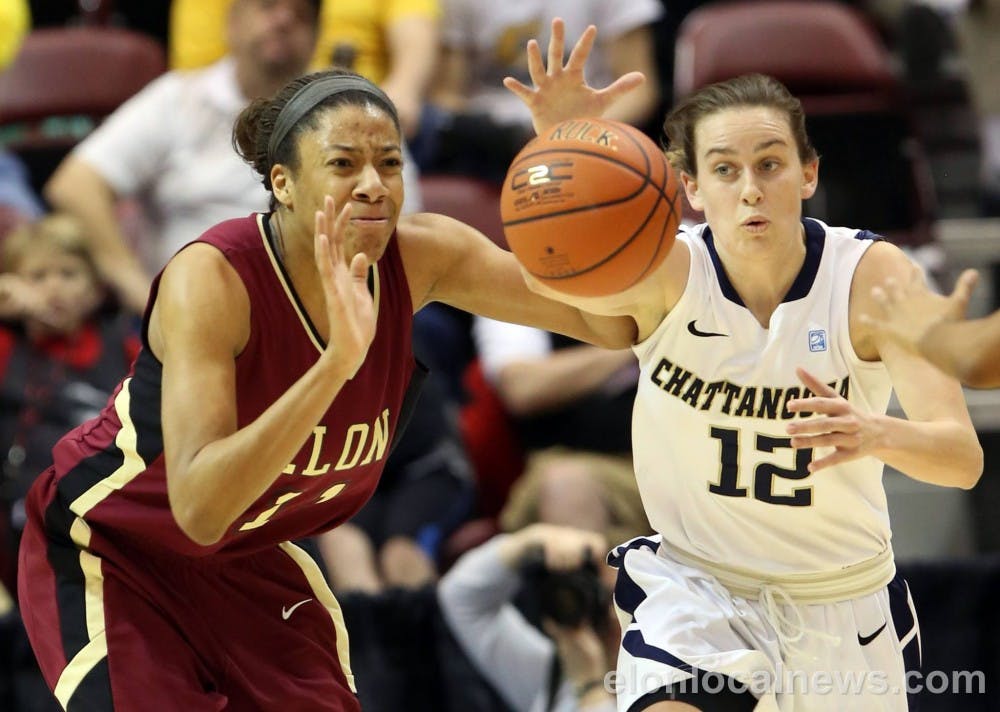 A day after using a strong game down low to push past Appalachian State, the Elon University Women's Basketball couldn't repeat the performance, struggling in the paint on its way to a 77-44 semi-final loss against the University of Tennessee-Chattanooga.

With the victory, UTC moves on to play the winner of Davidson and Western Carolina The defeat ends the season for the Phoenix, in addition to an era, as Elon moves to the Colonial Athletic Association after a decade of Southern Conference play.

It was a day where nothing went right for Elon, and nothing went wrong for UTC. The Phoenix finished the day shooting just 26.3% (15-57) from the field, including a 1-21 start to the second half.

"Today was a day where shots just weren't falling," Elon Women's Basketball Coach Charlotte Smith said. "It took the wind out of our sails. We were missing not only outside shots but chippies inside as well and that just makes you have to play a lot of defense.

Unfortunately for the Phoenix, the Chattanooga was on fire offensively, hitting 46.8% (29-62) of its shots and 92.9% (13-14) of its free throws. When the Mocs missed, they were there to corral the offensive boards, which led to 15 second chance points.

"Its hard when you're not hitting shots and you lose on the boards by about 17 rebounds," Smith said. "You have to be able to control the things you can control and the rebounding was an issue for us today."

And though the season ended on a disappointing note, the team, which only loses senior Kelsey Harris, showed signs of optimism for the future.

Our youth played a part in some things today," Smith said "We're a young team and we're only going to get better. I'm excited for the future of this team."